Many countries around the world have their own types of Bigfoot or Sasquatch and China is no exception. In China, there is a creature called the yeren, a primate spotted in the country's mountainous areas that resembles a man-ape.

In China, hundreds of recorded encounters with a hominid cryptid called the yeren have been logged since the 1940s, with legends about the creature dating back more than 2,000 years. The reports of the creature have common aspects, including the following characteristics.

Where the Yeren Has Been Spotted

The majority of reports of yeren sightings come from mountainous regions in China near the Hubei province in central China. Sightings primarily focus around Shennongjia, a 1,900 square mile UNESCO World Hertiage site filled with dense forest that provides the habitat for many of China's rare animal species such as the Asian black bear and the clouded leopard. However, areas surrounding Shennongjia also have reports of Yeren sightings. 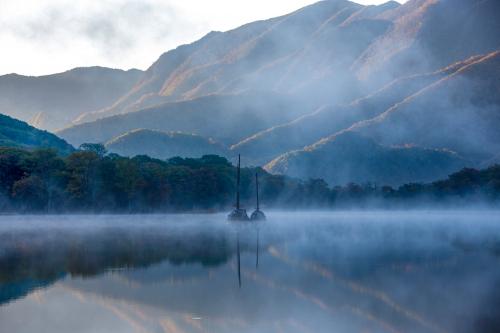 Other Names for the Yeren

The Chinese name for yeren literally translates to mean "wildman." It may be called by other names as well, such as:

Since the 1940s, more than 400 yeren sightings have been reported.

Evidence of the Yeren

Much of the evidence collected regarding the Yeren is anecdotal in nature involving stories from credible (and less credible) sources about sighting the creature. Sometimes these sightings have been made by multiple people at the same time. There is little physical evidence to suggest the yeren exists.

Does the Wildman Exist?

Much like other cryptids, collected evidence has neither been able to confirm nor deny the existence of the yeren. With hundreds of stories about sightings of the creature, chances are people are seeing something in the mountains and forests of Hubei, but what they have spotted remains a mystery.

3
Comments
© 2006-2020 LoveToKnow, Corp., except where otherwise noted. All Rights Reserved.
Resources, Advice & Tips for COVID-19
Read More
Who Are the Yeren?