The Jersey Devil story is about a legendary cryptid creature that reportedly lives in the Pine Barrens located in Southern New Jersey in the United States. The history of this monster story traces back to the 1700s. It includes stories of the frightening-looking creature and eye-witness accounts of those who've encountered the frightening beast and survived to tell about their scary experiences.

The Jersey Devil is described as a flying biped with cloven hooves, although others have claimed the creature resembles a kangaroo with a head in the shape of a goat. Another description is one of a bat-like winged creature. Its leathery wings resemble a bat. It has small attached arms with claws for hands. Some have even claimed that it has a forked tail in the mythological depiction of the devil. The Jersey Devil is said to be very fast. The creature is reported to have a scream that instills deep primal fear.

The Jersey Devil has its origins in folklore. It starts with the tale of Mother Leeds. There are many versions of the story, but they all begin in 1735 with Mother Leeds, who already had 12 children, discovering she was once again pregnant. Being her 13th child, she stated that this was the devil's child.

Her delivery that year took place during a severe thunderstorm. Surrounded by friends to assist in the birthing of her child, Mother Leeds delivered a boy who appeared to be a normal baby. That is until a few moments later when it transformed into a ghastly creature with a goat's head, hooves, forked tail and bat wings. The creature baby let out an unearthly scream and attacked and killed the midwife, then flew up the chimney. This creature became the Jersey Devil.

There have been numerous reports of Jersey Devil sightings. Dozens of eyewitnesses across more than two centuries have sworn to have seen the winged monster in the Pine Barrens of New Jersey. 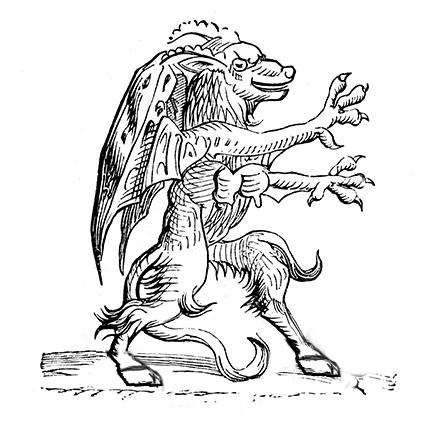 The first came in 1800 when Commodore Stephen Decatur paid a visit to the Hanover Iron Works located in the Barrens. The Commodore was there to conduct a test of the cannonballs being manufactured at the plant. While out on the firing range, he spotted a large, strangely shaped creature flying overhead. He took aim and fired at the monster, but didn't kill it.

A couple of years later there was another sighting by Joseph-Napoléon Bonaparte, brother of Napoléon and former King of Naples, Sicily, and Spain. From 1816 to 1839, Bonaparte leased a house near Bordertown and while hunting in the Pine Barrens, he spotted the Jersey Devil. By 1840 the area was in a panic. There were reports of the Jersey Devil preying on livestock and attacking children who ventured outside of their homes after sunset. Doors were locked and lanterns lit and placed outside front doors to ward off the creature.

1909 Siege of the Jersey Devil

The Devil resurfaced in 1909. Thousands of people reported seeing the creature. In January 1909, Councilman E.P. Weeden of Trenton, NJ reported he'd been awakened by the sound of flapping wings just outside his bedroom window. Upon investigating, Weeden claims to have found cloven footprints left in the snow. Around the same time, there were several similar reports of cloven footprints in the city. 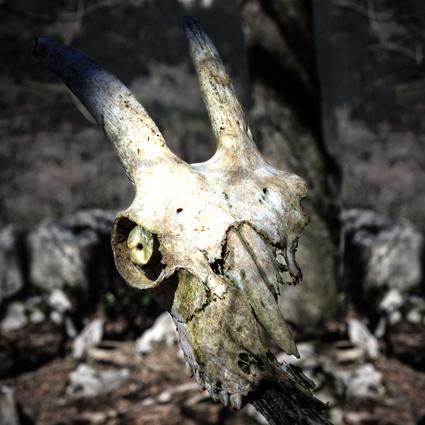 By January 21, 1909, people were so frightened that they closed the schools, mills and other businesses. Everyone stayed inside their homes, too scared to venture outside. The siege finally ended abruptly, with sightings tapering off and then ending altogether.

There have been sporadic sightings since the 1909 blitz, but nothing to equal that week of terrifying encounters with the Jersey Devil.

A group of children claimed the Devil cornered them while they were playing at the Duport Clubhouse in Gibbstown. The creature then "bounded away without hurting anyone."

Two couples parked in the Pine Barrens heard a loud screech followed by a car roof smashing in. They fled the scene, but returned to see the Devil flying through the trees, "taking out huge chunks of bark as it went along."

A forest ranger driving along the Mullica River in southern New Jersey found his path blocked by a six-foot creature with "horns and matted black fur."

2001 Creature at the Window

A woman heard scraping noises on her bedroom window. She saw a seven foot tall, grayish brown creature that looked like a horse or dog.

A family driving on a November night through Pine Barrens spotted a dark brown creature crouched in a tree. The creature had black wings, a horse face, pointed ears, amber eyes and hooved feet.

Horned Creature Perched on Roof in 2004

A woman and her son encountered a creature in their backyard tree during a snowfall. The creature scaled 85 feet to perch on the house roof, leaving prints in the snow up there. Police and wildlife officials were unable to identify the tracks. This creature was described as four to six feet tall with a horned animal head.

Two men left a campfire to investigate a screeching noise and were chased by an eight-foot tall winged creature with a horse or goat head, and red glowing eyes. Later, they made casts of the hoof prints but an expert hunter couldn't identify them.

One October afternoon, a student was walking his dog in the woods by his home when he came upon a winged creature crouched behind a bush. It screeched, then flew into a tree overhead. The boy described the creature as having a three-foot wing span and features of a mixture of different animals.

Over the years, strange livestock deaths and blood-curdling cries have been attributed to the Jersey Devil, but there hasn't been a wave of sightings like the ones of 1909. The legend perseveres, however, and Pine Barrens remains an attractive destination for those wishing to get a glimpse of the Devil.