Prophecies of end days are found in many cultures. Biblical scholars and various philosophers predict world end prophecies or Armageddon. Some predictions are very specific with dates and events while others describe more vague situations open to interpretation. Many people believe the world is currently on the path to the "End of Days," citing various Biblical signs of the last days. However, each preceding generation seemed to have some reason to fear the end of the world was upon them.

Nostradamus Prophecies for End of Days

16th century philosopher Nostradamus (aka Michel de Nostredame) is perhaps the most famous End of Days prophet. The current interest in Nostradamus centers around his prophecy of the antichrists and the belief that an antichrist currently walks the Earth.

Nostradamus made what many believe are accurate descriptions of the first two antichrists, Napoleon and Hitler. The third and final one he identified as "Mabus."

The Mabus stanza paints a bleak picture of famine and pandemonium after which a comet appears. Numerous attempts to peg Mabus as a world leader or terrorist, such as Saddam Hussein or Osama bin Laden, have failed. Some people point to these modern madmen as mere forerunners, paving the way for the last antichrist.

Signs of the End of Days

Nostradamus wrote of many people and events that would signal the End Times. Current events credited as signs the world is ending include: 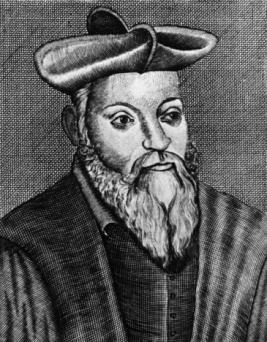 In 1994, a book with Nostradamus's name on it was discovered in the Italian National Library in Rome. This unusual book features 80 images fraught with symbology. Some scholars attribute the book to Cathars Dualists, who were viewed as Christian heretics. Two symbol deciphers in the book point to end of days:

Nostradamus calculated through the end of the year 3797. That year marks "The Final Conflagration" or the End of Days.

There are End of Days prophecies throughout the Holy Bible, but most people focus on The Revelation. Over the centuries, people have proclaimed that fated date, even though the Bible states in Revelation 3:3, "...I will come on thee as a thief, and thou shalt not know what hour I will come upon thee."

Seven Signs of the Apocalypse

According to the text, these seven events will herald the End Times. 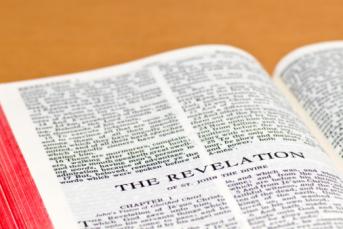 Walk into any church and you'll hear sermons on The Revelation and that the end is near. Clerics point to world events and climate change, but are these truly Revelation signs or just another chapter in the long story of human and Earth history?

A few of the events that convinced people that the End Times were coming include:

Mark of the Beast

PBS Frontline tackled The Revelation. In the center of the chaos is the antichrist, aka "The Beast," who bears the mark of 666. The end of the world is brought about through war, famine, disease and other afflictions. Those bearing the mark of the beast will suffer a plague brought by God's angels.

The Biblical prophecy of a star called Wormwood mentioned in Revelation 8:11 appears after the third trumpet sounds. The scripture reads, "a great star burning like a torch fell from heaven and landed on a third of the rivers and on the springs of water." The star turns the waters bitter and tasting like wormwood oil. People then die from the water.

Hopi End of the World Prophecy 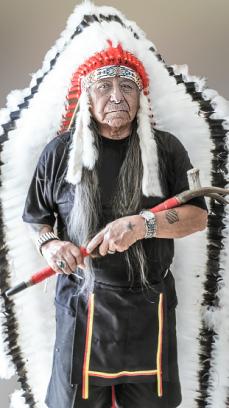 The Hopi (People of Peace) were spared during the third world closing and "made a sacred covenant with the Great Spirit." They became the stewards of the world, tasked with keeping it in balance through ceremonies and sacred shrines.

Prophecies That Came to Pass

History Channel and Ancient Origins list some of those prophecies coming to pass and the build up to the present ones. These include:

One of the most pivotal signs of the Hopi Prophecy was revealed by Chief Dan Evehema: "We were told that someone would try to go up to the moon: that they would bring something back from the moon; and that after that, nature would show signs of losing its balance."

Since the 1970s, changes in weather patterns and natural disasters have accelerated with droughts, floods, earthquakes, tsunamis and more.

The arrival of the Blue Star in the heavens is prophesied to mark the Purification Period. A cataclysmic "Great Shaking" of the Earth will also occur. Some people believe that the Blue Star is:

The Great Shaking is interpreted as earthquakes. Unusually strong earthquakes have been occurring since 2004. With earthquakes also come landslides, tsunamis, fires and erupting volcanoes.

This part of the Hopi prophecy tells of a gourd of ashes covering the Earth. The gourd is mushroom-shaped like an atomic bomb explosion. The elders saw this prophecy come true in 1945 with the bombing of Japan. They recognized the closing of the fourth world growing closer.

The ancient Hopi prophecies tell of a land that first received the divine light of wisdom. Historians believe this could be India, the Middle East or China. All of these areas possess nuclear power. Iran is aggressively pushing to build a nuclear arsenal.

The message to the world is to return to "original spiritual teachings" whatever those may be. The Hopi warn that the world has been taken by a great sickness: greed. The Great Spirit has chosen three helpers for the Hopi. If they fail, then "the one from the west will come like a big storm." If they are successful and at least one Hopi remains who kept the covenant, then the Great Spirit will save the world and renew it.

For those who survive the end of the fourth world, the reward will be a beautiful world of everlasting life and peace. The fifth world is the final world and is birthed from the turmoil, chaos and suffering of the dying fourth world. 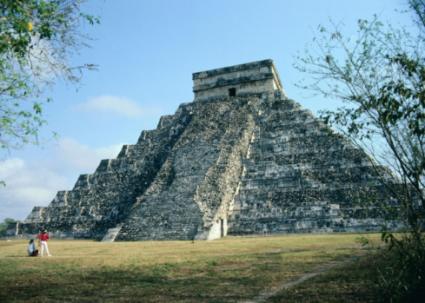 The Mayan prophecy for December 21, 2012 was a day of reckoning brought on by the behavior of the sun.

This cyclical alignment seemingly interferes with solar activity. Scientists speculate the alignment may be responsible for solar changes over the past few decades.

The Mayan tablet known as Monument Six was discovered bearing the December 21, 2012 date. The tablet also had a prediction of what would happen on that date, but that portion of the tablet was broken off. The remaining portion told of a new era emerging through blood, suffering, pain and then joy as in a birthing process.

William Saturno, Archaeologist and National Geographic Grantee explained that the Mayans never predicted the end of the world. In fact, they predicted the Earth would continue for another 7,000 years.

Edgar Cayce has his share of believers and non-believers. He left behind an extensive library of readings dictated over 40 years. Each time he underwent an altered state of mind, he believed it allowed him to see past, present and future events.

Like Nostradamus, Cayce reported seeing the horrifying human chaos of the Apocalypse. These included:

One Cayce reading (3976-26) given on April 28, 1941 foretold of unrest in the Middle East. He warned, "There are still influences indicated in the lives of groups banded as nations, banded as peoples, still influenced by those happenings." Cayce spoke of the powers of light and darkness clashing as they had 1600 years earlier.

The regions of unrest included:

In that same reading, he described the horrors currently being perpetrated in these regions. He dictated, "...we find nation against nation; the powers of death, destruction, the wrecking of that which has been and is held near and dear to the hearts..." He stated the strife will continue in the straits of areas "above Australia, in the Indian Ocean and the Persian Gulf." 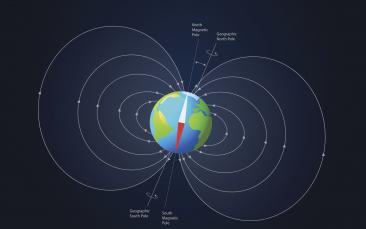 Of the many future events Cayce saw that later happened and opened the door to what he saw as the Apocalypse, the polar shift was one often scoffed at until it started to happen. Sometime during the 1920s and 1930s, Cayce predicted that the Earth's crust moves independently of the Earth's core and as a result a pole shift would occur in 1998.

Edgar Cayce also predicted catastrophic Earth changes with parts of the US being submerged under rising ocean waters. Changes would being in America's East and West coastlines, including part or all of New York City. He told how the Great Lakes will empty into the Gulf of Mexico.

That prediction has begun to manifest with the polar ice caps melting and subsequently the ocean waters slowly beginning to rise. 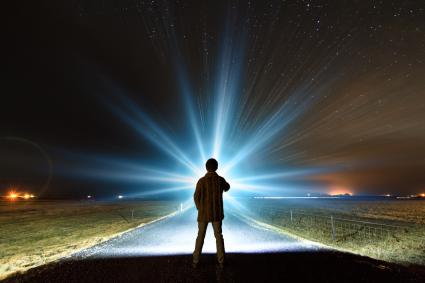 Over the course of human history many end of the world predictions have been made and time marched on, ignoring the dates proclaimed. Two of the most famous recent Doomsday prophecies failed to pass, but instilled fear in many who believed in them.

In 1997, the Hale-Bopp Comet arrived, and the Internet hummed with stories that an alien spacecraft was in tow. A conspiracy evolved that NASA was covering up this fact. Even in the face of reputable astronomers assuring the public there was no alien spacecraft, many fringe believers held fast to their beliefs.

The San Diego UFO cult Heaven's Gate latched on to the conspiracy, believing the comet signified that the end had begun. The UFO was their ticket to the "Next Level." Tragically, on March 26, 1997, all 39 cult members were discovered dead, having committed mass suicide. They'd believed their souls would be transported onto the alien spaceship providing them with the means to get to Heaven.

Evangelical radio preacher Harold Camping spent millions promoting the Rapture date of May 21, 2011. Christian followers donated money, and some even gave everything they had. Many quit their jobs in preparation of being taken into Heaven during the Rapture.

When the day came and went, Camping revised his prediction, claiming he'd miscalculated and was five months off. When the revised October date also came and went with no Rapture, Camping was forced to admit he'd been wrong. He died two years later at the age of 92.

The End of the World

There's no lack of prophecies claiming to know the details of the End of Days, but for believers, there is one shining light of hope among the ancient prophecies. That's the promise that it isn't too late. Humankind has the power to change these warnings of a doomed future. Will the world heed the warnings or continue on the path of destruction?