There are many haunted places in Alaska that you can visit. Some of these places offer public tours while others are businesses or abandoned properties. Each has a unique back story about the location and are some of the spookiest places in the state.

Red Onion Saloon is an ideal fun and adventurous step into the past for adults. A little glimpse into the saloon's risqué history during the Gold Rush is provided by the resident ghost, a madam named Lydia. The Red Onion Saloon was considered by many to be the classiest dance hall and saloon. Gold miners were entertained in the upstairs 10-room brothel that's said to be haunted. The website warns that Madam Lydia can be aggressive toward male visitors. If you're seeking a personal ghost encounter, Lydia just might oblige. You never know.

Other ghostly encounters in the brothel museum reported by Northwestern Ghosts and Hauntings include: 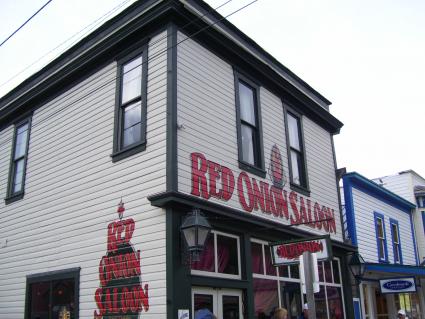 Hotel Captain Cook, Anchorage to Get Spooked in Style

The hauntings at the Hotel Captain Cook are some of the best known in Alaska. No one really knows who the Lady in White or what her story is, but this spirit is seen at the hotel. It's widely believed that the spirit is that of a woman who committed suicide in one of the hotel's restrooms sometime in the 1970s.

You can stay as a guest at the Hotel Captain Cook to get spooked in style. It is one of the Historic Hotels of America listed with the National Trust for Historic Preservation. 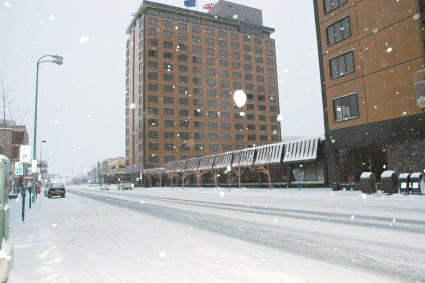 There are numerous spirits roaming about the Historic Anchorage Hotel. One of the most notable ones is the spirit of former Chief of Police, Jack Sturgus. Gunned down just outside the Anchorage Hotel, Chief Sturgus was shot in the back by an unknown assailant who was never found. According to the stories, the Chief is determined to find his killer(s) and returns to the scene of the crime on the anniversary of his death.

Hotel guests on the second floor report the apparition of a little girl appearing in the hall. It's believed she's responsible for the televisions in rooms 217 and 215 turning off and on without any reasonable explanation. Her mischievous antics include turning on the tub and sink faucets. Plumbers haven't been able to find a cause of this oddity.

The disturbing apparition of the suicide bride is seen dressed in her wedding gown looking for the groom who never showed up for their wedding. The heartbroken bride took her own life and now forever haunts the hotel. Guess have also reported pictures flying off the walls as well as different faces and silhouettes manifesting on the walls in the halls. It is said that the incidences are so frequent that the hotel employees keep a daily record of the activities.

Visit the Hotel and Take a Cruise

This cozy historic hotel is still operational and fully restored. You can book a stay in one of their 26 rooms and enjoy a connection with the past without sacrificing modern amenities. Historic Anchorage Hotel's sister company, Phillips Cruises & Tours often offer special promotions to hotel guests. Be sure to check current promotions when booking your room. 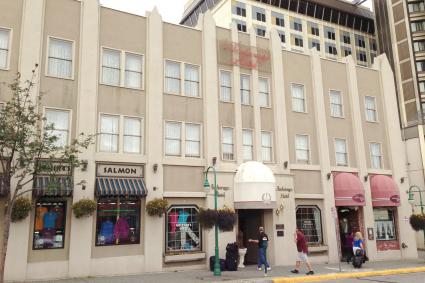 During the construction of the Dimond Center Mall, it's said workers unearthed a few very ancient burial sites of Alaska Natives. This didn't stop the construction, and the mall was built over this sacred ground. It's not surprising that there are numerous reports of paranormal activity and ghosts roaming about the mall. Some of these sightings include:

You can visit the mall during operating hours of Monday through Saturday 10am to 9 pm and Sunday 12 pm to 7 pm.

Hundreds of orphans were sent to live in the Jesse Lee Home for Children. In 1964, an earthquake struck, and it's said that several children were killed. The building was severely damaged. Abandoned, the building has deteriorated, but attracts ghost hunters and those hopeful of documenting the children's spirits, trapped where they died haunt the building and grounds. Some reports include:

For 20 years, the Friends of the Jesse Lee Home have worked to save this landmark. The Jesse Lee Home Stablization Project continues to carry this torch. Always get permission to venture onto abandoned property and be sure to take safety precautions.

Haunted Places You May Visit in Alaska

From the ghost of a brothel madame to angelic spirits guiding infant spirits, Alaska is a cornucopia of ghost tales and haunted places.

1
Comments
© 2006-2020 LoveToKnow, Corp., except where otherwise noted. All Rights Reserved.
5 Haunted Places in Alaska to Visit