Electronic voice phenomenon (EVP) generators (also called electronic voice projection devices) are devices or apps paranormal investigators use in an attempt to generate spirit communication. As paranormal investigation has grown in popularity, innovators have designed several experimental EVP generating devices to give investigators options to test as they seek communication with ghosts.

Over the years, people have tried many devices to generate ghost voices. For example, Italian Marcello Bacci used an old radio (with the tubes removed) to capture ghost voices starting in 1974. He did this by using the white noise on a shortwave frequency to provide a background of sound through which spirits could communicate. Nobody knows how this worked, but it did, and Bacci communicated with spirits using this device for decades. In fact, most ghost voice generators use a similar principle; creating some type of background noise or words spirits might be able to manipulate in order to create words and phrases and communicate with people on this plane.

While Mario Bacci successfully used a radio and white noise, he wasn't the first or last to do so. In fact, Latvian parapsychologist Konstantin Raudive first began using white noise radio generation, something he called Frequency Transmitting Recording, during the late 1960s and early 1970s, to enhance his existing experimentation with EVPs. This was the precursor of modern radio-based spirit communication devices.

Following Raudive's experimentation, George Meek and Bill O'Neil invented the next box of this type in 1979. It was called spiricom. They generated tonal sounds they believed were the complete range of the adult male voice. O'Neil claimed he was guided in the construction of the device by spirits he communicated with psychically. While these devices are not available for sale, intrepid investigators can use spiricom plans to create their own. If you're handy, this may be a fun project to see if you can create your own ghost communication device or even add your own tweaks to make it work better. If you're not handy, it's best to give this one a pass.

In 2002, the late Frank Sumption invented the ghost box (also called a spirit box or Frank's box) another radio-based ITC device. The premise of this device was to use radio frequencies to create white noise that allows ghosts/spirits to vocalize. White noise is created through the use of frequencies that cover the entire audio range. The ghost box sweeps across the radio frequency to generate white noise. The spirits are then able to use the energy of those frequencies to create audio sounds and words that ride on the white noise. Currently, you can buy manufactured ghost boxes, such as the Spirit Box SB-11 or you can modify an existing transistor radio using spirit box plans so it sweeps stations. 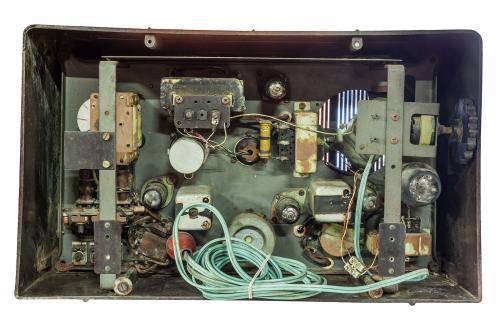 You don't need to be particularly handy to use this type of box since you can buy them pre-made. While investigators remain skeptical about the quality of audio evidence these boxes provide, they are interesting to experiment with and can yield results. The ghost box is easy to use. Read any documentation that comes with it before you use it in the field so you know exactly how to use it. Expect to pay $100 and up for a pre-made box and less for parts if you make one yourself. Additionally, there's no recording device attached to this, so you'll also need a voice recorder to capture any voices that come through. Some also don't have internal speakers, so you may need to add headphones or speakers to be able to hear any device output. This is an affordable device (particularly if you make it yourself) for people wishing to try a new form of spirit communication without spending a small fortune.

Devices or Apps With Word or Sound Banks

There are also multiple devices and apps that have built-in word banks or sound banks. The thought behind these devices is that spirits can telekinetically manipulate the environment in such a way that the device's sensors can translate that data into words or phonetic syllables.

There have been several iterations of the Ovilus including smartphone apps. The most recent version has word banks in both English and Spanish, as well as in phonetic mode. The Ovilus converts environmental data, such as electromagnetic frequency, into words that are printed on the readout screen and spoken aloud in a computer voice. The Ovilus keeps logs of words, but it doesn't record so you may wish to have an audio recording device when you use it. The Ovilus is over $300, so it isn't cheap, and you'll need to read the manual to learn how to use it on an investigation. At that price point, it's something best for serious investigators wishing to add a new tool to their arsenal that may facilitate communication.

The iOvilus is the iPhone version of the Ovilus device. It outputs environmental sensory data as speech using a 1,000 word dictionary. For iPhone users, this is an affordable way to get a sense of the Ovilus, since it only costs a few bucks. The app doesn't record, so you'll need a voice recorder if you want to save the words it speaks.

ParaVoice has a 2,000 word bank and, like the Ovilus, it converts environmental data collected through the phone's sensors to words. It's free trial software, so it's excellent for Android users who want to get a sense of this type of device without springing for an Ovilus. It doesn't record, so you'll need a voice recorder if you wish to have a record of what it says.

Difference Between Generators and EVP Recorders

There is a distinct difference between these EVP generators and EVP recorders. While some recorders, such as the P-SB7 is a ghost box with a digital recorder built in (and is thus a crossover device), generators offer a way to generate sound from either white noise or environmental data and a sound/word bank while voice recorders simply record sounds during an investigation. Often, the two are used together on investigations, but neither replaces the other unless you buy a crossover device. If they work, one advantage ghost voice generators have is they allow for communication in the moment because you can hear any responses you get through the device. With EVP recorders, on the other hand, you may not hear responses until much later when you begin to analyze your audio evidence. 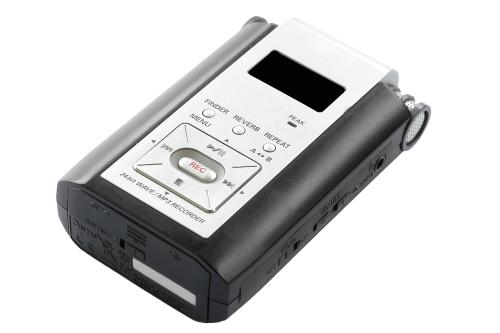 EVP recorders are considered essential equipment in paranormal investigations, and ghost voice generators are more experimental in nature. However, if you're ready to try any of these devices in an attempt to facilitate deeper, in-the-moment communication, one of these devices may be ideal for you. Choose yours based on budget, how serious you are about communication, specific device limitations, your curiosity level, and your own personal needs.

1
Comments
© 2006-2020 LoveToKnow, Corp., except where otherwise noted. All Rights Reserved.
Resources, Advice & Tips for Covid-19
Read More
EVP Generators and How to Choose One