Hauntings by ghosts isn't the usual expectation of an amusement park. For some haunted amusement parks, it isn't all fun and entertainment when unsettled spirits haunt the rides and attractions.

Cedar Point amusement park carousel is said to be haunted. According to Merry-Go-Round Museum, the dark carousel horse dubbed Muller's Military Horse was carved by Daniel C Muller in 1917. It's said Muller's wife was enamored of the horse, and her spirit visits often. When photos of the horse don't turn out, it's said she's responsible since she doesn't want anyone else to adore the horse. 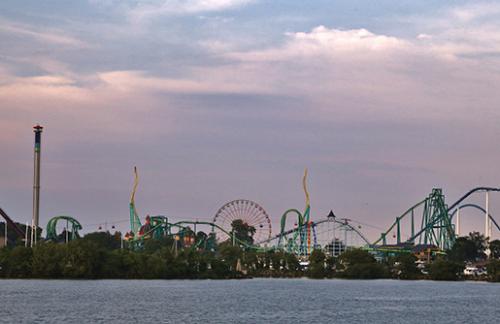 In 1972, the Kings Island amusement park opened on the property once owned by Kings Powder Company. In 1890, the ammunitions plant exploded killing 100 employees. 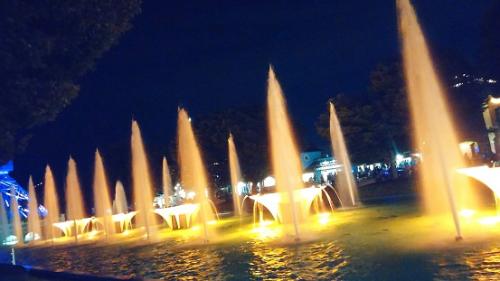 Some ghosts seen in the park include:

Summer Adventure amusement park is said to be the home of a child ghost. Some people claim the spectral isn't a ghost but a demon since the child's eyes glow red.

Her spirit is seen dressed in wet clothes and appears near the Lego attraction and the giant sand castles. The girl supposedly drowned in a nearby lake, and her spirit made its way to Summer Adventure for eternity.

There are a few ghosts said to haunt Disneyland. 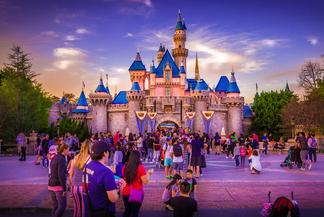 When Walt Disney was at Disneyland, he stayed in the Main Street Fire Station. A lamp was turned on in the window to alert employees he was there. After his death, the lamp was turned off. One day, an employee was cleaning the quarters when she discovered the lamp was on. She turned it off, but the lamp turned back on. She turned it off two more times and each time, it turned back on. Needless to say, the lamp continues to light the window.

The ghost of a little boy is said to haunt the entrance, crying for his mommy. Patrons are known to scatter loved ones' ashes in The Haunted Mansion. Even though it's illegal, ashes are found almost daily. It's speculated the child's mother scattered his ashes in the mansion, forever tethering his spirit to the site.

Abandoned in 1966, Lake Shawnee Amusement Park sits on land that archeologists believe has over 3,000 Native American remains once used as a burial ground. In 1781, Mitchell Clay and his family settled on the land, and a land war ensued with the local tribe.

While Mitchell was out hunting, members of the local tribe slaughtered his children. Upon return, Mitchell found one son and daughter dead. His oldest son had been kidnapped and burned alive at the stake. Mitchell and other settlers went on an avenging rampage, killing several members of the tribe. Since that time, locals claim the land is cursed.

Deaths at the Park

During the time the park was open, it's rumored that six people died from accidents on the rides. A young girl riding the swing ride was run over by a delivery truck backing up, and supposedly a young boy drowned in the lake.

There are many tales of ghosts haunting amusement parks and rides. Some witnesses believe these spirits are tied to events that happened there.