Head out on a road trip that will take you back to the 1840s when gold was discovered in "them thar hills" while you visit notorious haunts in Gold Rush towns. From Eastern Oregon to Northern California, if you follow this path you just may meet some ghosts of the Gold Rush.

Start your Gold Rush road trip in Sumpter and Baker City in Eastern Oregon exploring the historic towns. The two towns are about 35 minutes apart.

Gold in the Blue Mountains

Founded in the 1870s, Baker City grew following the discovery of gold in the Blue Mountains. Its population expanded as the nearby mining camp of Auburn overflowed. Today, the town holds tightly to its historic roots. Sumpter was a few years later to the Gold Rush than Baker City. It was platted in the 1880s and boomed around the turn of the century.

The town of Sumpter gained some recent fame as a haunted location when the SyFy show Ghost Mine was filmed at the nearby haunted Crescent Mine. The Sumpter Bed and Breakfast, located at 344 N. Columbia in Sumpter, was extensively investigated on the show, and people saw shadow figures and experienced an array of paranormal activity. 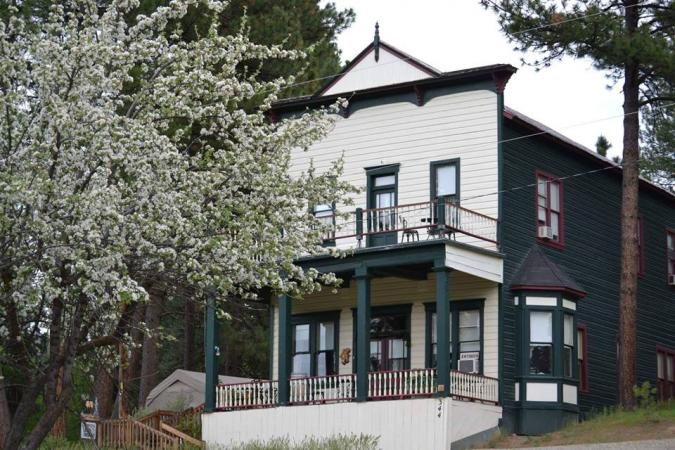 You can also stay in Baker City at the historic Geiser Grand Hotel (or you can stay one night in each place if you dare). The Geiser Grand is located at 1996 Main Street in Baker City. The hotel is rumored to be haunted by the beautiful ghost of Annabelle. 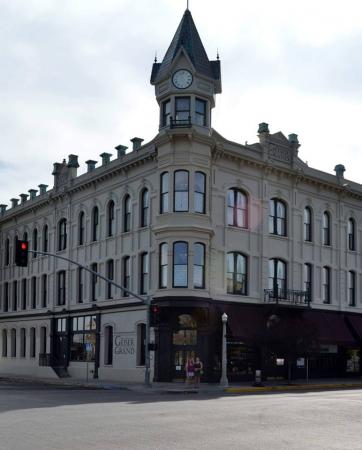 One of the most well-known haunts in the area is the Sumpter Valley Dredge, which worked up and down the river for years keeping waterways open for miners. The current dredge was the third one built; it operated from the 1930s to the 1950s. It's rumored to be haunted by the ghost of Joe Bush, a mechanic who died aboard the dredge. 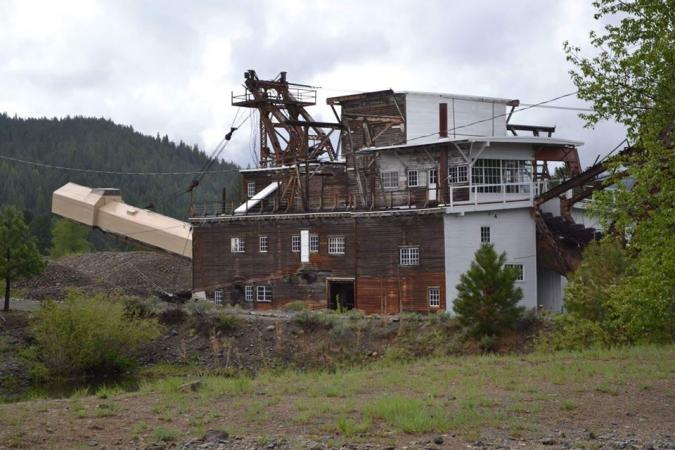 From Baker City, head southwest to Jacksonville. The drive is nearly eight hours, although you can stop for the night in Bend if you wish, which is a good half-way point. In Bend, stay at the haunted Laura House Lodge, a historic bed and breakfast with a haunted reputation located at 640 NW Congress Street. From Bend, head to Southern Oregon, where Jacksonville is a fun Oregon haunt. The quaint downtown corridor is a shopper's and diner's dream with adorable and artsy shops and atmospheric restaurants housed in historic (and possibly haunted) buildings. Jackson is located about five miles west of Medford and Interstate-5 (I-5) has lots of signs directing you there.

Jacksonville is named for Jackson Creek where gold nuggets were discovered in 1851. With that discovery, Jacksonville's population swelled, and it quickly became a Gold Rush boomtown as people sought their fortunes. By 1884, the boom had slowed and the gold had mostly dried up, although people still pan for it in local waterways.

Located at 175 East California Street, the Jacksonville Inn is a National Historic Landmark that's charmingly appointed with period pieces and antiques, and the restaurant offers delicious wine country cuisine. People there have seen the ghost of an old woman roaming the halls of the restaurant and hotel. If you choose to dine in, be sure to mind your table manners, however, because some say the resident ghost has been known to scold people who don't.

With so many historic buildings, much of Jacksonville is rumored to be haunted. Take a haunted history walking tour or a haunted trolley tour to get the full scoop on the area's ghosts.

No Gold Rush road trip would be complete without a trip to the place where it all started; Sutter's Mill near Coloma and Placerville, California. The two towns are about six miles apart. The drive between Jacksonville and Coloma takes about 6 hours south on I-5 through Sacramento.

It all started here in 1848 when gold was discovered at Sutter's Mill near Coloma, and the area's population quickly swelled to over 300,000 fortune seekers. With a huge population, little law enforcement, racial tensions, and gold fever, violence and lawlessness were often the order of the day as people fought to stake their claims of the riches they believed they would find. Today, you can find a replica of Sutter's sawmill in its original location in Marshall Gold Discovery State Park. If you're chasing the history of the Gold Rush, it's a can't miss regardless of whether spooks are present. 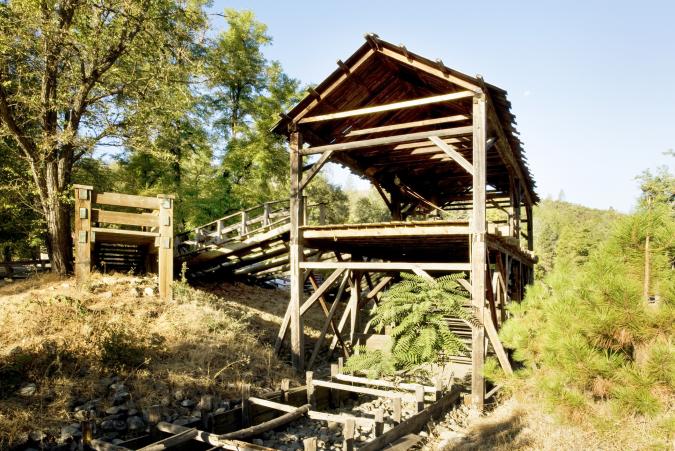 Located at 300 Main Street in Placerville, Cary House dates back to 1857. It sits in the property of an 1840s saloon and Wells Fargo stop, located just across from a hanging tree. The original structure burned in a fire in the 1850s, and the current building rose from the ashes. Guests report paranormal activity such as seeing apparitions and hearing playful children running through the hotel, along with other paranormal occurrences.

Located in nearby Pleasant Valley, CA (it's about 20 minutes east), this 1916 hotel and restaurant was built on the grounds of a Native American crematorium. People report seeing apparitions of children and hearing running and giggling. The food here is simple, hearty, American cuisine for a good price.

Ghostly Stuff to Do

Take a wander through the Coloma Pioneer Cemetery located at 535 Cold Springs Road in Coloma. It's rumored to be haunted by the ghost of a woman who beckons people passing on a nearby road to come in. You can also swing by the abandoned Robert Bell's General Store located at 348 Main Street in Coloma. People report hearing the front door bell ringing in spite of the fact there's not a bell to ring any longer. Please observe all posted signs regarding trespass. 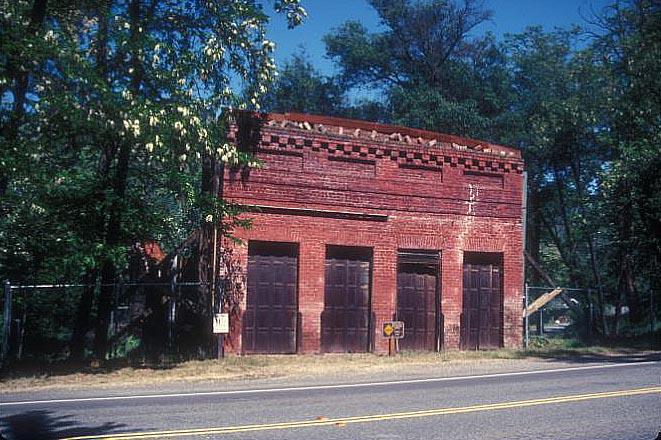