Kansas has real haunted places from ghosts riding phantom trains to specter troops and women in blue. The Sunflower State has a haunted dark side with some of the most haunted places found in Kansas cities and around the prairies. Well-known ghost spirits have been kicking up their heels since the mid-19th century. Many of the haunted places in Kansas are open to the public and welcome visitors to experience the scary and often creepy phantoms.

Fort Hays was established in 1865 to protect travelers along the Smoky Hill Trail and to ensure that Union Pacific Railroad workers were safe from attacks. The fort saw the likes of Wild Bill Hickok and General Custer come galloping through its gates, and it was also home to the elite buffalo soldiers of the Tenth US Cavalry. Not far from the fort was Sentinel Hill, where watchers could see far across the plains.

Sentinel Hill was a favorite walking spot for Elizabeth Polly, wife of Ephraim, a sutler for the army. The couple were at Fort Hays when the terrible cholera epidemic of 1867 began. Elizabeth helped care for the many soldiers who took ill and died. In her free time she wandered along Sentinel Hill where she found peace from the horror. Sadly Elizabeth also became ill and according to legend, begged her husband to bury her on the hilltop. But the rocky ground denied her a final resting place, and she was buried somewhere else on Sentinel Hill, the exact place unknown. But Elizabeth did not remain at rest.

Visitors can visit a memorial to Elizabeth on Sentinel Hill at Fort Hays, and stop at a park in town which blooms in her memory.

Located in a city rich in history and violence, the Eldridge Hotel was first built in 1855 to house emigrants who believed that Kansas should not become a slave state. The building was burned the next year by pro-slavery supporters and rebuilt by Colonel Shalor Eldridge, who promised to replace the hotel as many times as necessary. In 1863, the hotel was again destroyed during Quantrill's famous raid on Lawrence, which leveled the city and killed more than 150 men and boys. Eldridge stayed true to his word, and once again, the hotel rose from the ashes. 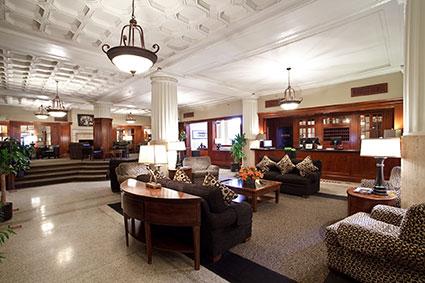 Rebuilt again in the 1920s, closed in the 1970s, opened in the 1980s and finally restored in the 2000s, the Eldridge Hotel is a symbol of survival and revitalization. And apparently, the Colonel is still around to make sure "his" guests enjoy their stay.

Built in 1879, the Beaumont Hotel saw some raucous days as an overnight trail stop. At one point, it was said to have entertained men in search of the "upstairs girls" who were fun and fancy. According to the story, a married lady of the evening fell in love with a visiting cowboy, and her husband killed the lover in a fit of jealousy. "Zeke" as the murdered man is known, apparently still wanders the Beaumont Hotel's renovated second floor. 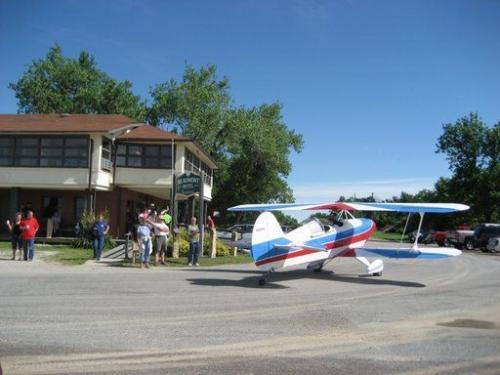 Commonly reported incidents, according to The Ghost Hunter's Field Guide, include moving furniture and radios turned on with no one around. Haunted Rooms notes visitors report hearing the jingling of spurs in the hallway, and seeing the shadow of a cowboy standing near the stairs.

In 1927 the Koetts, husband and wife, owned a farm on what is still private land (and not open to visitors) outside of Great Bend. Not long after settling in, their house and farm were attacked by a nasty spirit. The story was described in the San Antonio Light, where Mr. Koett described the entity as tall and dark, able to float up and over the fence like a mist. Inside the house, pictures swung on the wall, furniture was moved all around, and the family heard footsteps tromping up the stairs, only to look and find nothing.

The family had enough and soon left the farm. The mystery of the black figure was never solved.

The Haunting of Custer House and Fort Riley

Fort Riley was established in 1853 to secure the peace and protect travelers along the Santa Fe Trail. It was named after Bennett C. Riley, a major general who was well known as a negotiator and military officer. Today, Fort Riley is home to 25,000 troops and civilians, and according to Legends of America, not a few, very active ghosts.

Among them are the phantom escort, a troop of riders who have been seen galloping across the post, pulling up and dismounting near the former site of General Custer's home. Reports claim that viewers have seen the riders, heard the horses and felt the ground shake from the galloping hooves. The escort may be the ghosts of men who returned to Fort Riley when Custer went AWOL to check on his wife during an epidemic.

Two of the most frightening ghosts at Fort Riley have been reported playing polo, which was a popular pastime for cavalry officers. The soldier who saw the ghosts said that one had nothing but a skull for his face and told him essentially to run for his life. The soldier complied.

Ghost of the Kaw River

Also located at Fort Riley is the first Territorial Capitol, near the Kaw River. The ghost can be seen pulling the ferry back and forth across the water, although no one has yet identified the eternal traveler.

Today, Building 150 on Huebner Road is haunted by a woman who often calls out "Hello?" to anyone working in the building. The current housing managers report wet footprints have been seen leading from the kitchen into the living areas, but the footprints are smaller than modern feet and there is no water nearby. One soldier reported seeing a white lady comforting his crying baby: as soon as the soldier looked again, the woman was gone. It might be she is a ghost from the Spanish flu era, when hundreds on post died. 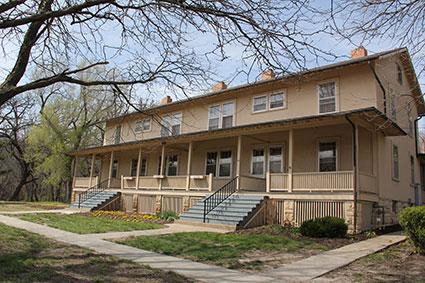 This grand old dame made her debut in 1922 and was a way stop for anyone and everyone traveling west. The basement had a speakeasy, which was the place to be in Wichita during the Prohibition. Apparently, one ghost chose not to leave, as noted in the book The Ghost Hunter's Field Guide. The story is that a man named Clarence caught his wife with another man, killed her and then committed suicide. According to the book Wichita Ghosts, the Broadview ghost can be very active moving things, walking up and down hallways and has even been said to call room service from unrented rooms.

The Kansas Historical Society tells a story about an unusual ghost. In 1878 a group of railroad men in Edwardsville were trying to get to shelter before a storm broke. They climbed aboard the handcar and began pumping the handle in a race with the rain. All of a sudden, the men were terrified to see a full-sized locomotive come around a curve, heading their way. They could hear the train and saw a headlight gleaming through the smoke. 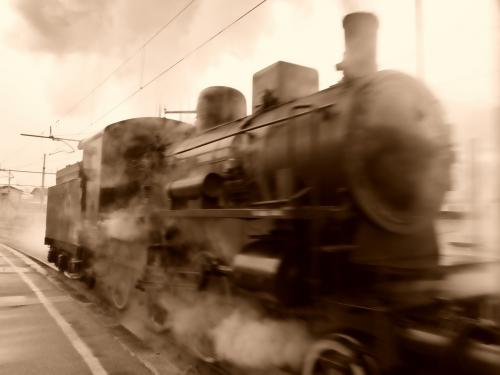 The men pulled the handcar to the side, and watched in shock as the train turned off the tracks, drove around a pile of wood and then shot off into the woods. More than a dozen witnesses were present, and no one could explain what the train was or why it was there.

In recent memory, an albino woman lived in Topeka near the Rochester Cemetery. According to the Kansas Historical Society, the woman had a habit of walking through the neighborhood at night. After her death in the 1960s, people began to report seeing her again, still walking in the neighborhood and the cemetery.

The ghosts of Kansas are reminders that the frontier was a hard place to live and an easy place to die. But for many spirits, Kansas remains their home and they are, it seems, quite happy to share it with visitors.