Kentucky is home to several haunted places. If you want to "get your ghost on," then Kentucky won't disappoint. Many Kentucky privately owned haunted places offer ghost tours and paranormal investigation opportunities, while cemeteries and battlefields are open to the public where you might happen upon a resident ghost.

Located in Louisville, KY, the Waverly Hills Sanatorium is considered one of the most haunted places in the country. The abandoned building is a former tuberculosis hospital that accommodated as many as 400 patients. At the turn of the century, many people died of tuberculosis, so Waverly Hills had its share of deaths.

Today, Waverly Hills is a well-known destination for paranormal investigators and tourists. According to paranormal investigator Troy Taylor, reports of paranormal activity include an entire floor filled with shadow people, a haunted "body chute" where the bodies of the dead were deposited, the ghost of a nurse who hung herself, and a little boy who plays ball with visitors. The Waverly Hills Sanatorium is located at 4400 Paralee Lane in Louisville. Waverly Hills offers public tours on Friday and Saturday nights, March through August. Investigations and private tours are by appointment only.

A sign greets visitors to Bobby Mackey's Music World, which is located in Wilder, KY. The sign warns visitors that the location is haunted, and that management is not responsible for the actions of the ghosts and spirits there.

As the sign indicates, Bobby Mackey's Music World is a nightclub with a very haunted reputation. For many paranormal investigators, Bobby Mackey's sits atop their haunted bucket list because of the reported activity there. The nightclub gained notoriety throughout the country as a haunted place to visit when the crew from the television show Ghost Adventures visited the honkey tonk. During that episode, the team investigated Bobby Mackey's, often referred to as "Hell's Gate" due to the building's history with satanic and cult activity.

Ghost Adventures crew member Aaron Goodwin credits his experiences and the entities at Bobby Mackey's as being at least partially responsible for his divorce. Goodwin claims that after his first visit to Bobby Mackey's, an entity followed him home, causing nightmares, paranormal activity, and ultimately, marital strife.

The building that houses Bobby Mackey's Music World was built in the 1850s as a slaughterhouse and meat packing plant. Legend states people used the basement of the slaughterhouse for satanic rituals and sacrifices. Most of these reported rituals occurred around a well dug in the basement of the building. The building later served as a casino, and then, ultimately, as the home of Bobby Mackey's Music World.

The Ghost of Pearl Bryan

Pearl Bryan was murdered in the vicinity of Bobby Mackey's, and many believe her spirit remains there. Reports of activity include full-body apparitions, spirits that interact angrily with visitors, phantom music, and instruments that play by themselves. Others report the image of a hexagram that appears and disappears

Troy Taylor of Prairie Ghosts calls Mammoth Cave, "the world's largest haunted place." The giant cave, located in Mammoth Cave National Park in Southwestern Kentucky, has multiple passages and tunnels to explore. As Taylor explains, ancient people used the caves as their burial grounds, while later native populations used them as a hunting ground. During the Civil War, slaves mined the caves for saltpeter to make gunpowder. 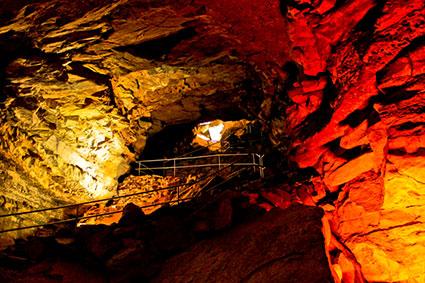 Today, stories of paranormal activity abound from visitors to the cave, including apparitions, phantom lights, disembodied voices, and footsteps when no one is there. Mammoth Cave National Park is located at 1 Mammoth Cave Parkway in Mammoth Cave, Kentucky. To learn more about cave tours, visit the park's website.

Most Haunted Ex-Jail - Jailer's Inn Bed and Breakfast in Bardstown

Visitors to Jailer's Inn Bed and Breakfast in Bardstown, Kentucky have a unique experience. Not only do they get to spend the night in a converted jail, but they just may encounter spirits as well. The B&B is a converted jailhouse with bars on the windows and thick stone walls. According to the B&B's website, the building housed prisoners as the Old Nelson County Jail from 1797 to 1987, so prisoners lived and died there for nearly 200 years. 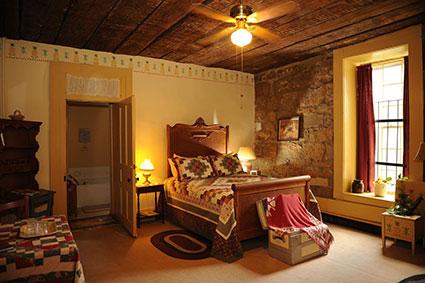 Colonial Room at the Jailer's Inn

Reports of paranormal activity at Jailer's Inn include a female apparition named Mrs. McKay, who was a former jailer. Visitors also have ghostly experiences in the courtyard, where jailhouse hangings took place. These reports including experiencing odd sensations and seeing full body apparitions. The Jailer's Inn Bed and Breakfast is located at 111 Stephen Foster Avenue in Bardstown. Visitors can choose from six rooms when they stay at the B&B.

Every state has cemeteries that people claim are haunted, and Kentucky is no different. Located in Elizabethtown, the Grandview Cemetery is also known as Casey's Cemetery or the Gates of Hell. Graves in the cemetery date back to the 1700s and 1800s. According to Weird Kentucky, people report eerie sensations, glowing headstones, trees that move, and signs of devil worship. Grandview Cemetery is located off Saint John's road outside of Elizabethtown, Kentucky.

Located in Ashland, Kentucky, the Paramount Arts Center is a large performing arts theater. Theater hauntings are quite common in paranormal lore, so it's no surprise that many report paranormal activity here. Opened in 1931 as a theater that showed talking motion pictures, the theater operated until the early 1970s when it closed. It reopened a few years later as a regional performing arts center.

The Ghost of Paramount Joe

According to the art center's website, they have a resident ghost called Paramount Joe. According to legend, Joe died working there and has haunted it ever since. Now, items go missing and visitors experience cold drafts in the theater.

Another story involves country singer Billy Ray Cyrus, who recorded his Achy Breaky Heart video at the theater. Cyrus enjoyed the stories of Joe. After filming the video, he autographed pictures for all the female employees, as well as one for Joe. All were put on a wall at the theater. As time passed, they needed to make room for more pictures on the wall. Female employees were asked to remove some of the Billy Ray Cyrus autographed images, but most couldn't bring themselves to remove their own from the wall. Instead, they took down Joe's picture. The next morning, employees came in to find Joe's picture back in place on the wall with everyone else's neatly lined up on the floor.

The Paramount Arts Center is located at 1300 Winchester Avenue in Ashland.

Most Haunted Museum in Kentucky - Octagon Hall in Franklin

This former plantation home now serves as a museum. According to Haunted Places, a young girl reportedly burned to death in the 1860s and she haunts the mansion. Reports include a moving kettle arm, body imprints left on featherbeds when no one has slept there, and voices and noises in the night. 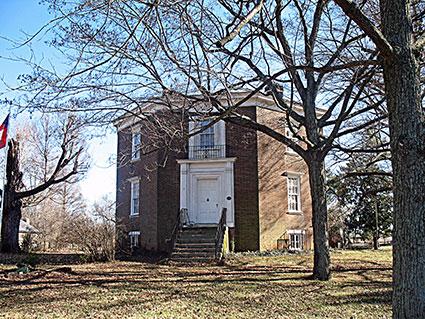 If you like to stay outdoors for your paranormal experiences, then Narrows Road in Erlanger just may be your favored destination.

According to Creepy Cincinnati, urban legend holds that a ghostly police officer spends time on a stretch of roadway there, usually at or just after midnight. Visitors report that a 1950s era police car pulls them over, an officer gets out, and then it all disappears.

While the most famous Civil War haunt is undoubtedly Gettysburg, many other famous battlefields also have reports of hauntings. Such is the case with Perryville Battlefield, the site of Kentucky's most destructive Civil War battle, which occurred in 1862. Over 7,600 men were missing, wounded, or killed, according to Kentucky State Parks. 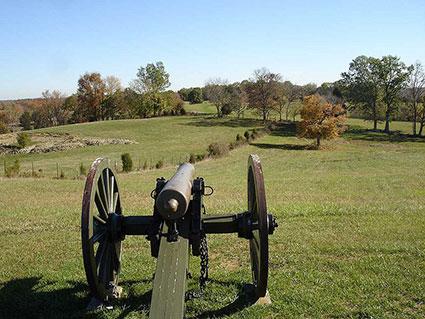 According to the Perryville website, many reports of Civil War era residents, soldiers, and merchants continue to haunt the area. Ghost tours are available. The battlefield is located at 1825 Battlefield Road in Perryville, Kentucky.

Most Haunted Mansion in Kentucky - Phillip's Folly in Mayville

Phillip's Folly is another haunted location that the Ghost Adventure crew visited. According to the City of Mayville where the home is located, William Phillips started building the structure in 1825, but he ran out of money. He didn't complete construction until 1831 following a gambling windfall. 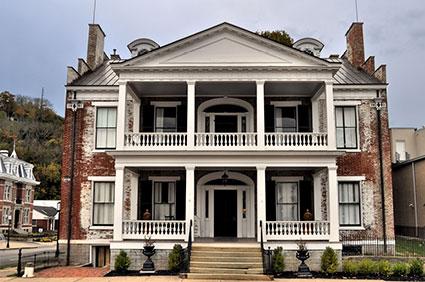 The home is reportedly haunted by its second owner, John Armstrong, who purchased the home in 1838. Others believe slaves who traveled the underground railway, which stopped at Phillips' Folly, along with runaway slaves kept in a basement dungeon may contribute to the hauntings.

Phillips' Folly is located at 227 Sutton Street in Mayville, Kentucky. It is a private residence. However, visitors can view it from the outside during walking tours.

These are just a few of the many reported hauntings in the state of Kentucky. Many are open to the public, so if you'd like the opportunity to possibly experience a ghost, you have a number of fantastic options throughout the state.