There are many terrifying haunted train stations around the world. Some of the paranormal events happening at the stations have been witnessed by hundreds of people.

Considered a creepy haunted train station, the Pennsylvania Railroad Station (also known as Newark Penn Station) is supposedly haunted by a ghost train. The phantom train first appeared in the 1870s. Said to arrive in the station at midnight on the tenth of each month, the ghost train whistle has been heard by hundreds of witnesses over the years. However, the phantom train is never seen, only the sounds of its approach, the loud metal scraping of the train wheels against the rails as it slows and then grinds its way past the station. According to New Jersey Ghost Hunters Society's website, 600 people witnessed this unique happening on one such night in the past.

Skylands Paranormal investigator, David M. Rountree posted some haunting EVPs he captured at the station. The EVPs reveal the clear sound of an old-fashioned steam train whistle and the sounds of metal clashing against the rails as the train chugs along. The station is located at 1 Raymond Plaza West & Market Street, Newark, NJ 07102.

Staunton Train Depot is renowned as one of the most haunted spots in Staunton located in the Shenandoah Valley. The station is steeped in 150 years of death via fire, war and the tragedy of derailed trains. It's no wonder this railroad station is known for its many forms of paranormal activity.

Aside from the train-related tragedies, 11,000 years of the valley being home to Native Americans may also contribute to some strange paranormal reports. That Include, a 17-year-old opera singer who died while asleep on a train that crashed is seen still in her nightgown wandering about the station platform. A drunk Confederate soldier killed on the tracks is seen stumbling about the tracks. Shadows, odd lights and disembodied voices are a few other encounters reported. The station is located at 1 Middlebrook Ave, Staunton, VA 24401.

The Waterfront Station is often cited as the most haunted building in the city of Vancouver. Some apparitions seen by security guards include the blazing white apparition of an old woman, a 1920s flapper dancing to audible ragtime music, ghostly silhouettes along the tracks, furniture moving on its own and phantom footsteps. The station is located at 601 West Cordova Street, Vancouver. 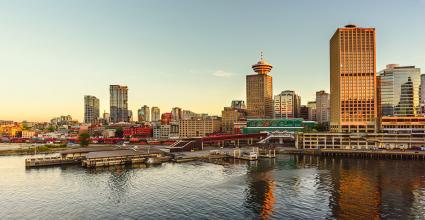 Aside from being the most used train station in the city, Flinders St Station is said to have a resident ghost affectionately known as George. Described dressed as a fisherman, George is seen on Platform 10 with fishing rod in hand as he awaits the next train. One of the stories about George speculates he may have drowned in the nearby Yarra River, historically known as a popular spot for fishing. The station is located at Flinders St, Melbourne VIC 3000, Australia.

Covent Garden Underground Tube Station is said to be a hotbed of paranormal activity for nearly 50 years. Various witnesses report a tall man dressed in a dark coat, hat and gloves. This frightening ghost is seen in the various tunnels networking underground. The staff have been startled by his presence in the staff restroom. His presence is so unnerving that several station workers put in requests for transfers. Some witnesses compared the apparition to that of William Terris, an actor murdered in 1897 near the Strand. The Covent Garden's underground tube station is located at 42 Long Acre, London WC2E 9JT.

Birmingham New Street Station is considered very active with paranormal happenings. Many believe the spirits of four suicides committed in the station haunt the station. Reports of apparitions, such as 68-year-old Walter Hartles (shot himself), along with a Victorian dressed man known as Claude and numerous spirits from the Jewish Cemetery disturbed when their graves were moved in 1848 to make room for the depot construction. The station is located at F4H2+4C Birmingham, UK. 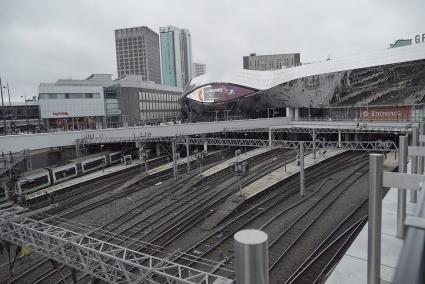 The trains of India are famous for being overcrowded with passengers sometimes falling to their deaths while clinging to stay inside the trains. It's no wonder that ghost stories abound for so many railroad stations. A few of these include:

There are many creepy haunted train stations around the world. Each has its own tales who these spirits were, and their stories retold with each new sighting.

1
Comments
© 2006-2020 LoveToKnow, Corp., except where otherwise noted. All Rights Reserved.
Haunted Train Stations Around the World