The world's greatest escape artist Harry Houdini had an unquenchable thirst for the occult, but he never found the proof he wanted that spirits could communicate with the living. In a death pact made with his wife, Houdini promised to contact her from the other side. Beatrice "Bess" Houdini was faithful to their pact that demanded ten years of annual séances on the anniversary of her husband's death.

Interest in Communicating With Spirits

According to the biography written by the Appleton Public Library (APL) staff, Houdini had an "early interest in spiritualism" that was rekindled when his mother died. He was especially interested in the "ability to communicate with the dead."

While he "wanted to believe that such communication was possible," he'd spent so many years as a magician, he knew how charlatans managed to fool people with various methods to convince them they were speaking with the dead, especially during séances. He even wrote a best-selling book titled A Magician Among the Spirits that detailed the various ways unsuspecting people were deceived.

30-Year Investigation Into the Occult

Houdini attended 100 séances as part of his investigation. These were "presided over by well-known mediums in France and England." He also spent a great deal of time with prominent Spiritualists. He emphatically claimed each medium had his full attention, and he was open to all possibilities.

However, with 30 years of experience and investigation of trickery, he was able to see beyond what a layperson might. Houdini had a standing $10,000 challenge (which was never won) for anyone who could produce any spirit manifestation that he could not prove was a fake.

Houdini Plans to Communicate After Death

In the introduction of his book, Houdini writes that he made "compacts with fourteen different persons that whichever of us died first would communicate with the other if it were possible, but I have never received a word."

Death and Deathbed Pact With Bess 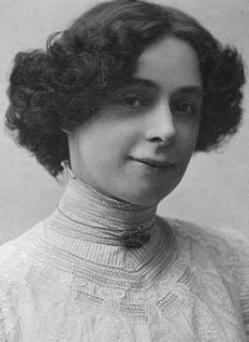 On October 22, 1926, in a bizarre effort to test Houdini's strength, J. Gordon Whitehead repeatedly punched Houdini in the abdomen. Suffering great pain he attributed to the punches, Houdini waited to seek medical attention. By then his appendix had burst, and the resulting infection invaded his body and eventually claimed his life.

Prior to Houdini's death on October 31, 1926, he reportedly arranged with his wife Bess a coded message similar to those they'd used in his magic acts to give her from beyond. Should he be able to cross over from the other side to communicate with her during a séance or other communication, the code words would spell a message. It was how she'd know it was really him.

Bess was dedicated to the pact she made with her husband. Following the terms of their pact, during the first year after Houdini's death she would retire to the privacy of her room every Sunday between noon and 2 pm. There, she'd sit in front of his photograph, with a candle she kept burning for the next ten years. She waited in silence to receive some sign or message from her husband on the other side. They'd pre-arranged certain signs and messages, such as opening a pair of silver handcuffs, the verbal message whispered on his death bed, and other unnamed signs and codes. None came.

On February 8, 1928, renowned medium Arthur Ford (New York's First Spiritualist Church's pastor) claimed that during a trance, Harry Houdini's mother came to him and spoke the word "forgive." Bess wrote to Ford stating it was a significant word to Houdini who hadn't forgiven one of his brothers for marrying another brother's wife. Bess wrote, "I might also say that this is the first message which I have received which has an appearance of truth."

In 1929, Ford delivered another message to Bess, this time claiming it was directly from a Houdini seance. The message was supposedly the coded one that Bess and Houdini had agreed upon prior to his death. At first it was reported that Bess admitted it was the authentic message, but later recanted, stating that Ford had hoaxed the message. Some believed Bess simply didn't want to pay the standing $10,000 reward Houdini had offered to anyone who could prove that they'd contacted the spirit world.

For the next ten years Bess held an annual séance for her husband. Nothing of note ever happened despite Bess' lingering hope she would finally make contact.

The final Houdini séance was held in Beverly Hills, California on the roof of the Knickerbocker Hotel on October 31, 1936, the tenth anniversary of Houdini's death. Nothing happened for the last time. At the end of the séance, Bess Houdini said it was her "…personal and positive belief that spirit communication in any form is not possible. I do not believe that ghosts or spirits exist. The Houdini shrine has burned for ten years. I now, reverently, turn out the light, it is finished. Good night Harry." In a February 5, 1943 interview with The New York Times, Bess Houdini told reporters, "Ten years is long enough to wait for any man."

According to screenwriter John Cox, who is a Houdini researcher, the 1936 séance was the first one held on Halloween. Posted on his website, Wild About Houdini, Cox states, "Records of other seances held by Bess in New York show them taking place in the Spring."

He explains that although Bess spoke about the pact she made with her husband, there had never been any kind of timeframe mentioned prior to the 1936 séance. He suspects that, "the idea of a 10-year cut-off was probably invented for this séance." He further states this was done partly for promotional purposes. During this timeframe, Bess and her business manager and partner Edward Saint had a movie deal about Houdini in the works with Paramount.

Though Bess believed that she had spent enough time trying to communicate with her late husband, others were not ready to give up. Many gatherings are held on October 31st in an attempt to contact Houdini. Two of the most popular events are the Official Houdini Seance and the Halloween Harry Houdini Tribute.

Bess Houdini passed on the duty of conducting the Houdini séances to Walter B. Gibson, author of The Shadow book series. Dorothy Dietrich of the Harry Houdini Museum in Scranton, PA states Gibson then passed on the ritual tribute to her.

The museum holds two séance events during the Halloween season, one on site and one online. The annual Halloween Harry Houdini séance tribute is "both by invitation at our facility and on the web." In addition to the physical museum séance, the museum website sponsors an online worldwide event for other séances "to attempt to contact Harry Houdini" on Halloween, the anniversary of his death. Results or lack of results can be emailed to the museum.

Even though Bess Houdini stopped her séances, annual séances were held all over the world and continue to be held by various groups and individuals. In 1948, Sidney Radner (Rendar the Magician) copyrighted the Houdini séance. The Official Houdini Séance® became a registered trademark and still takes place annually.

Advertised as part history and part reverence, the séance employs an authentic medium and the venue changes from year to year. Each year, information is posted on the website about the upcoming séance.

No Proof for Harry and Bess Houdini

Both Harry Houdini and his wife, Bess never discovered any tangible proof that those who died could communicate with the living. Still, thousands of people attempt to contact the famous magician and escape artist and continue to hope Houdini will speak from beyond the grave.