Looking for some haunted weekend fun? Head out on a haunted hike near you. Regardless of where you are in the United States, some of the most haunted outings you can take are on nearby hiking trails.

Visitors to the Antietam National Battlefield in Maryland can take the 2 mile easy hike along Bloody Lane. It has an elevation gain of about 200 feet along gently rolling slopes. History weighs heavily here as Bloody Lane is the site of one of the bloodiest battles of the Civil War.

The Battle at Bloody Lane 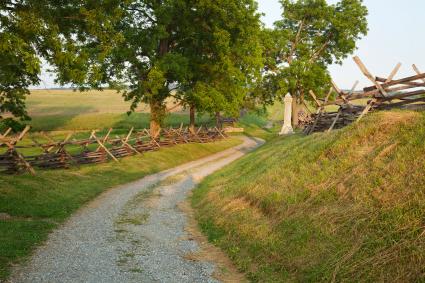 Before the Civil War came to Maryland, Bloody Lane was known as The Sunken Road, a peaceful dirt farming road near Sharpsburg. Fighting began on September 17, 1862. Thousands of Union and Confederate troops engaged in a short (four hours) but bloody battle that ended up with thousands of casualties and a river of blood running down The Sunken Road.

Like other Civil War battlefields, Bloody Lane is reportedly haunted by restless spirits that engaged in the bloody battle. Visitors to Bloody Lane report hearing the sounds of battle and smelling gunpowder. Some also report seeing what they think are re-enactors walking the road, only to realize they have disappeared. 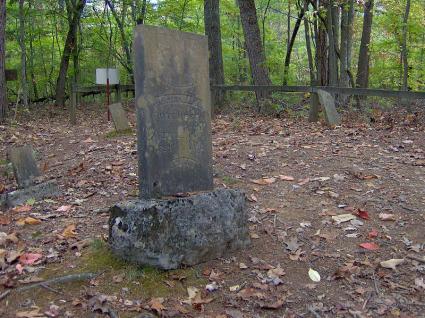 Located in Big Ridge State Park near Maynardville, Tennessee, the Ghost House Trail (also called the Ghost Loop Trail) is a 1.2-mile loop trail that takes you past the Hutchinson family farm and Norton cemetery. It's an easy, flat hike, but it's a haunted one.

Hauntings of the Ghost House Trail

One of the Hutchinson daughters, Mary, died on the farm of tuberculosis, and many hikers report hearing her as they pass by. Hikers also report encountering a phantom dog in the woods and spotting inhabitants of the graves in the Norton Cemetery which appear in photographs standing behind their final resting place. 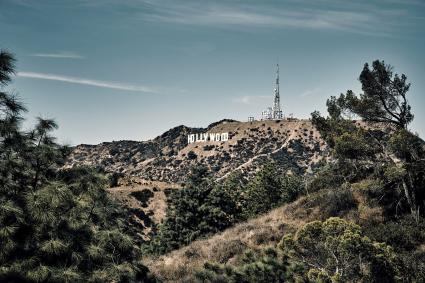 There's lots of haunted hiking in Southern California, but perhaps the best known spooky trail you can take is the one that leads you to the Hollywood sign. Not only are there stunning views near an iconic piece of Americana, but there may be ghosts, as well. The Hollywood sign hike starts in Griffith Park, and you can take one of three routes to the sign.

In 1932, starlet Peg Entwistle jumped to hear death from the Hollywood sign. Now she reportedly haunts the sign; many have reported seeing her ghostly figure in the mist. Others report the scent of flowers, encounters with a ghostly figure, and general feelings of spookiness. 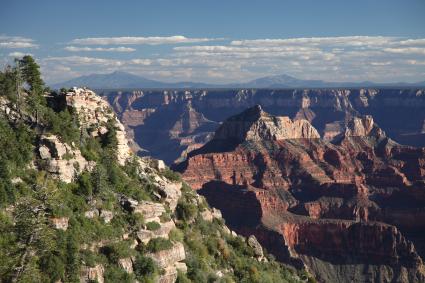 Located in Grand Canyon National Park, the Transept Trail is a 3 mile out and back trail with an elevation gain of roughly 600 feet. It's a hike at elevation, however, so be prepared. The trailhead sits at 8,215 feet, and it passes cliffs and hotels along the North Rim of the canyon. You can pick up the trail at either the Grand Canyon Lodge or the North Rim Campground, and as Grand Canyon hikes go, this one is relatively easy.

The Transept Trail is frequently featured on lists as one of America's most haunted hikes. Hikers here report encountering the ghost of the Wailing Woman, a mother and wife who reportedly lost her husband and children along the North Rim in a hiking accident.

All across America from Washington State to the battlefields of Gettysburg, you can head out on spooky haunted hikes in search of history and ghosts. So lace up your boots and pack the trail mix and head out into nature to go get your ghost on.

1
Comments
© 2006-2020 LoveToKnow, Corp., except where otherwise noted. All Rights Reserved.
Resources, Advice & Tips for Covid-19
Read More
The Most Haunted Hikes in America