Nebraska has some of the most haunted places in that region of the country. Many of the places are open to the public and can be visited, such as state parks, museums and even an open road.

The Fort Sidney Museum and Post Commander's Home is part of the complex that also features the powder house, married officer's quarters and the Cheyenne County Museum. Listed on the National Register of Historic Places, visitors will find the authentic building restorations complete with genuine furnishings and other items from the late 1800s.

The Commander's home is said to be haunted by the spirit of a Commander's wife who tumbled down the narrow steep maids' staircase to her death. The story goes that upon finding her, the distraught Commander had the stairs boarded up. In 1975, the stairs were opened back up, but access isn't allowed. Paranormal activity includes things like phantom footsteps and apparitions.

The Fort Sidney Complex is located at 1108 - 6th Avenue. Open from Memorial Day to Labor Day, the museum hours are Monday through Friday 9 am to 11 am 1 pm to 3 pm. Saturday and Sunday 1 pm to 4 pm. Christmas Lamplight Tours begin the day after Thanksgiving and continue through December.

The Bailey House Museum was the home of Captain Bailey, a Civil War hero and is on the National Register of Historic Places. In 1877, the course of the Missouri River change and the house (originally along the Missouri River banks) was moved to Main Street.

It's believed that Captain Bailey's neighbor poisoned him out of a jealous rage. Ever since his death, there have been reports of strange paranormal activity in the house. The museum features a story told by a local resident that none of the doors inside the house stay closed.

You may want to visit the museum and see for yourself if the doors refuse to remain closed. Located at 412 Main Street, the museum is open from mid-May to mid-October on Saturday and Sunday from 1 pm to 4 pm. You can make arrangements for a special appointment by calling (402) 825-6001.

Centennial Hall is the oldest surviving high school building in Nebraska and is listed on the National Register of Historic Places. Today, this historic site is a museum said to have a few ghosts who are perpetual students.

Some of the paranormal activity and ghostly encounters include, the apparition of a schoolgirl poisoned, disembodied voices, phantom footsteps, rocking chairs moving on their own and music.

You can visit the museum, located at 3rd and Macomb Streets. The museum is open from Memorial Day through Labor Day. Call the Valentine Visitor Center at (800) 658-4024 for hours and admission information. 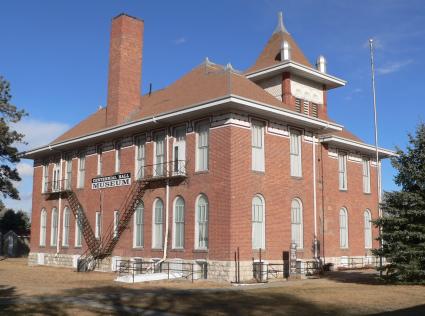 The House highlights the showman scout's life in the Buffalo Bill Ranch State Historical Park. In 1965, the remaining 16 acres of his estate became a state historical park. The house and barn contain Cody memorabilia.There are many stories about the paranormal activity that goes on at the house and barn.

The North Platte Telegraph quotes the park superintendent Aric Riggins about his paranormal encounters on the property that include, objects moved, phantom footsteps, doors opening and furniture being moved. The janitor claimed that a white mist attacked him with great force.

You can take a virtual tour of the house and/or visit in-person at 2921 Scouts Rest Ranch Road, the Buffalo Bill Ranch State Historical Park is open from April 22 to October (visit website for hours). Admission into the park is per vehicle $6 to $8 and to the house, barn and ground $1 (children 13 and under) $2 (adults) and free (children under 3). You can take a self-guided tour or participate in a guided tour on Friday, Saturday, and Sunday. You can contact the park at (308) 535-8035 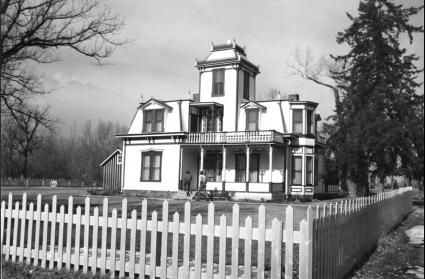 This stretch of road is shown on the map as L-Road and referred to by Otoe County officials as County Road L lies south of Nebraska City. The gravel road courses through rolling hills and is considered a very haunted area.

The legend of the Seven Sisters Road claims that after an enraged argument, a man hanged his seven sisters from trees along the road. Some versions claim it was the father who hanged the girls. There's no record of such a dastardly murder, although there is the real story of five men being hanged along the road in the mid-1800s. One of those men was Lee Shellenberger accused of killing his 11-year-old daughter by slicing her throat. If you drive along the Seven Sisters Road be prepared for just about any kind of paranormal or supernatural encounter. According to Omaha World-Herald, mysterious happenings on the road include, cars stalling, blood-curdling screams, disembodied voices, a dogman monster, shadow figures, and ghostly bodies hanging from the trees. 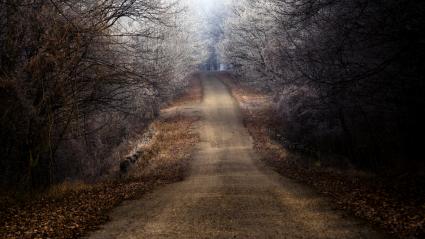 The Alliance Theatre (originally 1903 Charter Hotel) first opened in 1937 and is known for its striking Art Moderne architecture. The theatre has gone through several renovations and is still operating today as a first-run movie theater.

The theatre is believed to be haunted, although the reports so far describe mischievous, playful ghosts. The paranormal encounters include, phantom footsteps that run up and down the aisles, whispers, shadow figures and an uneasy feeling that something unnatural is there.

The theatre is fully operational and you can always attend a movie to see if you can experience some of the paranormal activities described. The theatre is located at 410 Box Butte Ave. (308) 762-4100

Visiting Most Haunted Places in Nebraska

There are many haunted places to visit and investigate in Nebraska. Decide on the type of place you want to investigate and then be sure to get permission before setting out.

1
Comments
© 2006-2020 LoveToKnow, Corp., except where otherwise noted. All Rights Reserved.
Most Haunted Places in Nebraska