Every state has haunted places, and Idaho is no exception. With its Wild West and Native American History, there are plenty of places you can visit in Idaho where you just may encounter a ghost.

Located in Southern Idaho near Twin Falls in the town of Shoshone are ice caves that CBS News lists as one of the most haunted places in the United States. Called the Shoshone Ice Caves, the caves are the largest known lava tube, and they're open for guided walking tours from May through September.

Legend holds that a Shoshone Indian princes, Edahow, was buried in the cave and she haunts it. Employees report hearing voices and footsteps even when no visitors are present.

The caves are located 1561 State Highway 75 in Shoshone. A one-hour tour costs about $10 for adults. Visitors need to dress warmly; it's cold even in the summer. Wear sturdy closed toed shoes in the caves and be prepared to take stairs. The caves are not wheelchair accessible. They are open late Spring through the end of summer. Note that the tours are focused on the caves and geology, not on the ghosts

Head about 40 miles south along Highway 93 and stop by Rock Creek Station and Stricker House. Built in 1865, the site is listed on the National Register of Historic Places and along the Oregon Trail. Along with the ranch house and several outbuildings, there's also a cemetery. 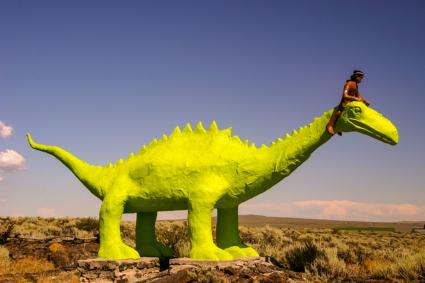 Opened in 1872, Old Idaho State Penitentiary no longer houses prisoners but instead is a museum with exhibits open to the public. People can take guided tours or browse the exhibits.

Haunting at the Penitentiary

There are many claims of paranormal activity at the penitentiary. Guests report strange sounds, voices and feelings of doom, especially near the former gallows and solitary confinement cells.

The penitentiary is located at 2445 Old Penitentiary Road in Boise. It is open seven days a week. Adult admission is about $6.

The penitentiary isn't the only haunted hot spot in Boise. 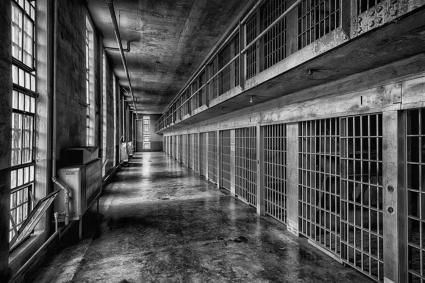 Located in Rathdrum in northern Idaho, the Kootenai County Jail Museum once housed convicts but is now home to a museum and historical research library. The jail was built in 1892. It also contained a second floor "hospital for the insane" and a poor farm.

The museum is the locale of several haunted claims, including doors that open and objects that move by themselves, unexplained footprints that appear in the dust, and feelings of uneasiness.

The museum is located at 7940 W 2nd Street in Idaho. It's open to the public on weekends from Memorial Day through Labor Day. Admission is $2 for adults. You can also contact the museum for private tours year round. 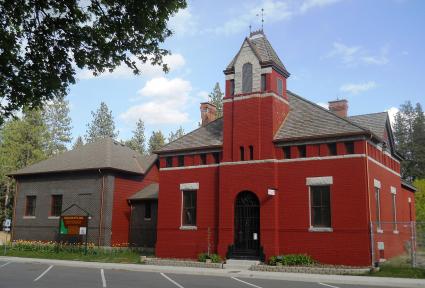 Visit beautiful Lake Coeur d'Alene with its nearly 110 miles of shoreline and reported fish-woman ghost or check into the Lighthouse Motel (2018 Sherman Avenue). It's formerly known as Bates Motel and is reportedly haunted.

With 10 acres of woodlands and playfields, Ammon Park is a popular Pocatello outdoor hangout.

Park visitors report the ghost of a blue girl who wanders at night, particularly near the swing set, as well as feelings of discomfort and fear.

Visit Old Town Pocatello with its many reported hauntings. Ghost tours are available in the fall.

As with every state in the union, Idaho has its fair share of ghosts if you know where to look. From the panhandle to southern Idaho, history and hauntings are easy for intrepid spirit seekers to find.