The state of Nevada has a rich history of boomtowns, silver mining, and gambling as well as plenty of reports of haunted places. Next time you're in Nevada, check out some of these notorious and spooky haunts.

Located on the Nevada-Arizona border and spanning the Colorado River, the Hoover Dam was built and dedicated in the 1930s. The dam created a large reservoir, Lake Mead, which was flooded on top of a former Mormon settlement, the city of St. Thomas. During that period, dam building was dangerous work, and there were many fatalities. Today, the dam generates power used in the states of Nevada and California.

Along with the more than 100 deaths during the dam's construction, the Hoover Dam is also the site of suicides by people jumping from its pedestrian walkway. Many feel this, along with the energy generated by water moving through the dam, makes Hoover Dam a hotspot for paranormal activity. Reports including seeing apparitions and hearing crying and footsteps in the dam and power plant.

Hoover Dam is located 30 miles southeast of Las Vegas. Power plant tours are available, and the Visitor Center is open from 9 to 5 daily.

Spend a night in the haunted Boulder Dam Hotel in Boulder City. The hotel was built in 1933 specifically for people visiting the dam, and Howard Hughes stayed there after his Lake Mead plane crash. If it's a Friday, you may also want to head up to Las Vegas for the Haunts & the Mob Vegas Tour, a walking tour through downtown Vegas for some history and hauntings. 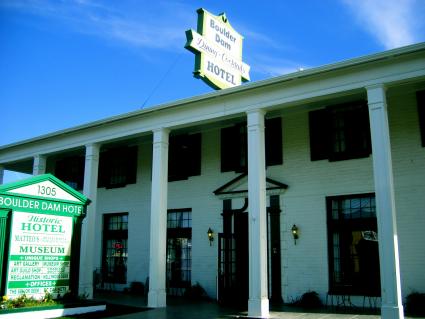 When it comes to ghosts and hauntings, Virginia City is no joke. The entire town has a haunted reputation stemming from its history as a boomtown that sprung up in the 1850s in the wake of the discovery of the Comstock Lode, the United States' first silver deposit discovery.

You can't walk through Virginia City without discovering claims of some type of paranormal activity or another. From parking lots to hotels, people report hearing disembodied voices, seeing apparitions, and more.

Places You Must See

While you may experience a ghost just walking around town, some places in Virginia City are notoriously haunted.

Head west from Virginia City along Interstate 80, and in just over an hour you'll find yourself in Donner Pass, California, the site where the ill-fated Donner Party lost nearly half of its members. There's a museum and gift shop there with a haunted reputation. A short 33 minute drive from Virginia City taking NV 341W and Interstate 580 will take you to Bowers Mansion in the Washoe Valley, an 1860s mansion with a haunted reputation.

Nevada's capital was established in 1858, and it became a thriving boomtown upon the discovery of the Comstock Lode. With a rich history as a Wild West Frontier town supporting the silver mining industry, it's no surprise Carson City is also home to numerous haunts.

Carson City has several haunted homes. While most are private offices or residences, Carson City Ghost Walks will take you by several of the city's reportedly haunted historic homes including: 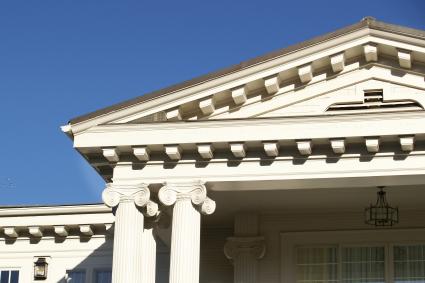 Formerly the Carson City Mint, the Nevada State Museum is a great place to go learn about Nevada's history and people, but it may also be a great place to spot a ghost. Even though Abraham Curry is reported to haunt his former home, rumor has it this ghost gets around. Curry was also the mint superintendent, and people report seeing his apparition there, as well. People also report seeing the apparition of a mint employee who was crushed to death in an accident. The Nevada State Museum is open to the public Tuesday through Sunday. Admission is $8 for adults. The museum is located at 600 North Carson Street. 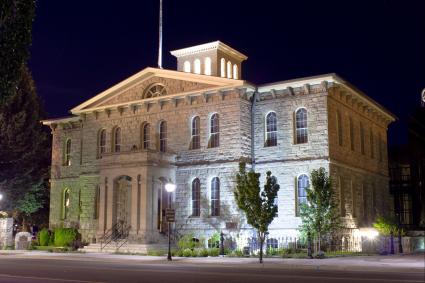 Whether you head to the bright lights of Las Vegas or the rustic charm of Genoa, Nevada's rich history makes it ripe for ghosts and hauntings. Check out some other Nevada haunted hotspots.

Wherever you go in Nevada, you'll find fascinating history and possible hauntings. Whether you visit one of Nevada's former boomtowns or you're there to take in a show and do some gambling, take the time to explore the state's haunted history.