There's no lack of haunted places in North Carolina, which is famous for its many ghost stories. From ghost cats and pirates to a mountain phantom horsewoman in the Civil War, the state's ghosts are colorful and active.

The Cape Hatteras National Seashore is open year-round. Self-guided climbs of the lighthouse begin the third Friday in April and end on Columbus Day. The cost ranges for $4 to $8.

Phantom Rider of the Confederacy, Fletcher

Fletcher, a town outside of Asheville, is haunted by a phantom woman riding a Palomino horse. According to legend, a young woman draped in a Confederate flag taunted Union soldiers to give chase. She then led the troops right into a Confederate army ambush. The surviving Union soldiers attempted to capture her, but she and her mount vanished into a mist.

Many people have witnessed the ghostly rider over the years. According to Ghosts of the Prairie, a former church minister saw her riding near the Calvary Episcopal Church in Fletcher. Her trek seems to gravitate from the church all the way to the next town of Arden. You never know when you might see her or where she might suddenly appear riding her Palomino. 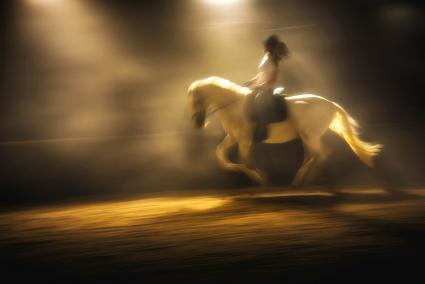 Just out of Charlotte, the 52-acre Latta Plantation is a historic site that sits on the 1,343-acre Latta Plantation Nature Preserve. The acreage is surrounded on three sides by the Catawba River. James Latta built the main home in 1800. Many of the plantation employees and visitors claim to have paranormal experiences. Some ghost stories include:

You can visit the plantation Tuesday through Sunday (1 pm to 5 pm) with the last entry allowed at 4 pm. Guided house tours are available at 2:00 pm, 3:00 pm, and 4:00 pm. The plantation is closed Mondays and major holidays. Admission is about $9. 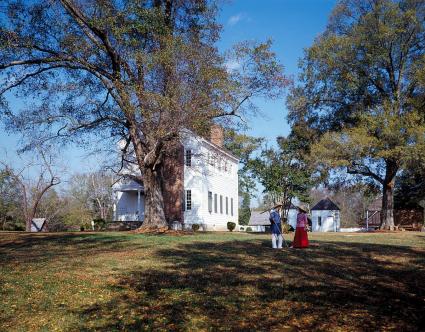 Ocracoke Island's small sheltered harbor, Silver Lake, was also known as Teach's Hole since it was a favorite port of the pirate Blackbeard (Edward Teach). A fierce adversary who stood a towering 6'5", Blackbeard created a fearsome dramatic boarding by lighting fuses woven into his beard. The Virginia governor sent John Maynard to kill Blackbeard and he did just that, cutting off the pirate's head and hanging it from his ship's bowsprit.

The pirate's body was tossed overboard, but it was said that the beheaded body of the fearsome pirate swam around the boat three times before disappearing underneath the water's surface. Witness reports of a strange light coursing underneath the water in Silver Lake is said to be Blackbeard's ghost searching for his severed head. 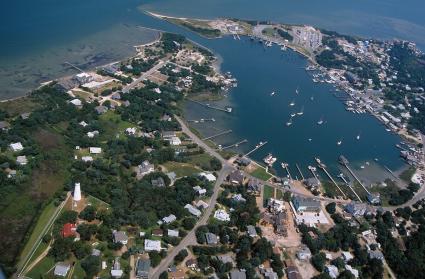 Before the California Gold Rush, there was the Carolina Gold Rush (1830s to 1840s). Reed Gold Mine is still operational today as a state historic site. During its earlier days, it was said to be haunted. The legend of the mine being haunted began when neighbors Eugene and Eleanor Mills got into a fight. Eleanor was shouting at Eugene, who stormed off. Distraught, Elanor started down the staircase. She slipped and fell, breaking her neck. When Eugene returned, he found her body but could still hear her shouting at him. He tossed his wife's body down the mine shaft. People claim to hear a woman shouting from the mine shaft.

You can visit the Reed Gold Mine (state historic site) at 9621 Reed Mine Road, which is open Tuesday through Saturday 9 am to 5 pm. Panning for gold costs $3 plus tax per pan. You just might hear Eleanor's spirit shouting

There are many ghost stories of real haunted places in North Carolina. Whether you are in the mountains or at the beach, there are many spirits anchored to these places that refuse to move on to the next life.