A red aura can have either a positive or negative meaning, depending on the range of color. By evaluating a red aura, you can easily determine what it says about your spiritual, physical, mental and emotional auric bodies.

Many people jump right to the emotion of anger when they hear the aura emanating around someone is red. If your aura is red, don't panic. Consider what the various meanings of red auras are and decide which one best describes your current situation. Remember, auras change colors all the time, so a red aura is simply an indicator of what is going on with you at the moment.

What a Red Aura Reveals about You

Recognizing what is considered a red aura will help you understand this color of vitality and how it reflects your overall health. The color range from light to dark red reveals a wide range of powerful emotions depending on the color value. It also shows you have a very active and powerful root chakra. The root chakra is vital to your health since it determines what earth energies and how much of them enter to travel through your other chakras to support your body.

A wide range of reds fall into the category of a red aura. This range can be from a pale blush red to a dark wine red.

On the lightest spectrum of color is a pale blush red. The darker strength of passion is stretched and refined.

A person with a bright red aura indicates a very passionate individual. 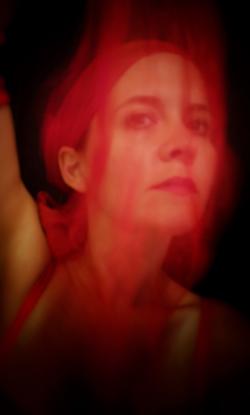 A dark red aura often appears as a positive indicator for an individual as long as it doesn't have a cloudy appearance.

Any color of red that is clouded indicates a negative cause. You can gauge the reason behind this color of aura based on personality and/or circumstances.

The first chakra is called the root chakra. This chakra is located at the base of your spine. It is the first three vertebrae and the pelvic floor. The root chakra is what grounds you. It is the gateway for the energies you receive from the Earth to flow to other chakras.

Emotions of Security and Safety

The feelings of security and safety are generated from the root chakra. When this chakra is open, your aura will often glow red. This can reach beyond the root chakra region or be localized in this area of your aura. The intensity and depth of a red aura defines these energies and their influence over your emotions and vice versa.

It's commonly believed that spirits often assume the shape of an orb. The various orb colors have specific meanings. A red orb is typically said to be that of an angry spirit while a paler red or pink orb is a more loving and accepting spirit.

Many Meanings for Red Auras

There are many meanings for red auras. These can range from being happy, feeling sexy and creative to being angry. If your aura turns red, review your current situation to assess the possible meaning.