The difference between ghosts and demons is simple: ghosts are paranormal and fall into the realm of parapsychological research; demons are religious. The two are separate - there are no demonic ghosts, for instance. Of course, the truth is much more nuanced.

Similarities Among Ghosts and Demons

Ghosts and demons may have some similar characteristics, including poltergeist type activity.

The difference between demons and ghosts are many.

According to the Psi Encyclopedia, which is a publication of the science-based research organization, SPR, the ghost is a term popularly used to describe certain types of paranormal phenomena. It is a sub-type of the broader scientifically used term, apparition, which the SPR defines as, "An anomalous experience in which typically a person is briefly seen or otherwise felt to be present, but not actually present."

Ghosts are a specific type of apparition. The SPR defines a ghost as, "The apparition of a dead person." In general, the SPR notes these apparitions are commonly spotted in locations believed to be haunted, and they may be accompanied by other anomalous phenomena, such as the sound of footsteps or doors opening and closing.

While the SPR and others in the scientific community of parapsychology describe apparitions and ghosts in very specific terms, in the general population, ghosts are generally considered disembodied spirits of people who have died.

Difference Between Ghosts and Spirits

Some people use the terms ghosts and spirits interchangeably. Others refer to spirits as human consciousness (spiritual energy or the soul) outside of a body (disembodied), while they use the term ghost to mean earthbound spirits - or dead people who remain among the living without "crossing over" to the "other side" or "heaven."

The SPR further divides ghosts and apparitions into types based on certain causes and characteristics.

The ASSAP lists multiple characteristics of ghosts, including the following:

SPR further reports the following characteristics, based on their research:

All the above observations come from over a century of research conducted by scientifically minded researchers with the recognized and respected science-based parapsychological research associations ASSAP and the SPR. You may hear or see other explanations on paranormal television shows or from people calling themselves ghost hunters, but this information is anecdotal in nature and not based in research conducted using scientific method.

The idea of demons comes from multiple religions, including ancient religions as well as modern religions including Christianity, Islam (Jinn), and Judaism (Shedim). While in general demons are believed to be evil spirits, in Western religions the term demon more specifically refers to fallen angels, the devil, or minions of Satan. Demons are believed to infest or possess people or places, and the only way to get rid of them is through the religious Rite of Exorcism.

The Paranormal Clergy is a group of demonology experts in the United States founded by Bishop James Long, a bishop with the Independent Catholic Church. Bishop Long has worked numerous cases with reports of demonic activity, including on the television show Ghost Adventures. According to the Paranormal Clergy, there are multiple signs of demonic infestation or possession, including: 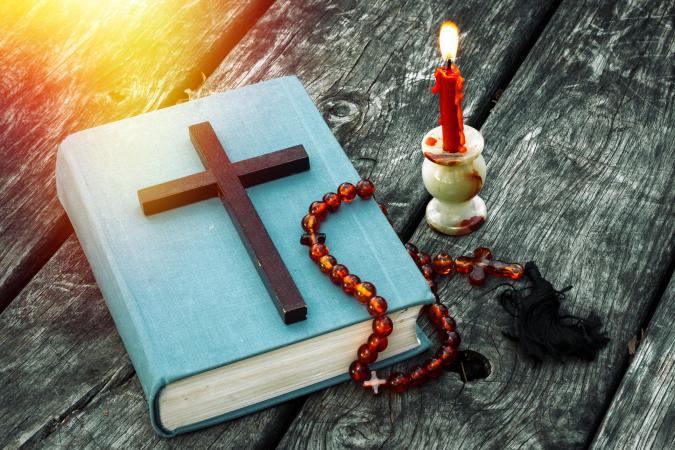 Some Catholic priests are trained in the Rite of Exorcism to remove demonic activity. Other secular practitioners called demonologists (such as members of the Paranormal Clergy) consider themselves experts in detecting and removing demons.

Understanding the Differences Between Ghosts and Demons

Determining whether unexplained activity comes from a ghost or demon may be difficult for the layperson. However, a good rule of thumb is this: if you suspect demonic activity based on the signs noted above, contact clergy for assistance. If you suspect a ghost and want to know more, seek help from paranormal researchers.

1
Comments
© 2006-2020 LoveToKnow, Corp., except where otherwise noted. All Rights Reserved.
What Is the Difference Between Demons and Ghosts?