Ghost stories about South Dakota's Black Hills, a small and isolated mountain range within Black Hills National Forest, are scary accounts passed down through the generations. Home to the Lakota Sioux Indians for centuries, many of the local legends and ghost stories revolve around regional Native American mysteries, the spirits of long-dead settlers, Gold Rush Days, sheriffs, and workmen.

Ghosts of the Alex Johnson Hotel

Located in downtown Rapid City, the Alex Johnson Hotel is home to a few ghostly inhabitants, including that of the owner who apparently likes to stop the elevator from time to time. The haunted hotel also has a ghostly woman in white who roams the eighth floor and is believed to be a distraught bride who jumped to her death from that very floor in room 812 many years ago. Guests in 812 have reported windows opening on their own and a shower-steamed mirror message of "help me." Room 802 is also known for ghost activity. Phantom music, feeling of being choked, and pets reacting strangely have been reported by guests. 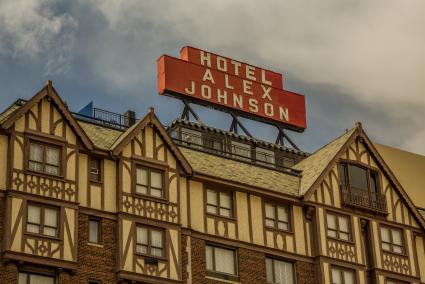 Apparitions at the Homestake Opera House

Workers at the Homestake Opera House in Lead claim to have seen ghostly apparitions of women on the stage numerous times when no one else was in the building. The opera house is reputed to have a number of resident spirits, making it one of the most haunted locations in the Black Hills. 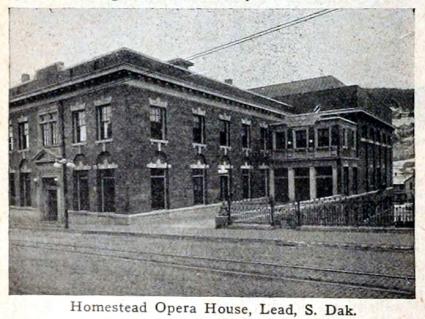 The Story of the Ghost of Hooky Jack

The Ghost of Hooky Jack tells the story of John Leary, who got the nickname Hooky Jack after he lost his arms in an explosion and had his hands replaced by hooks. He eventually become a Rapid City police officer, but he was struck down by a car in 1916. His ghost is said to haunt the restaurant that was named after him, Hooky Jack's. The name has since been changed to the Sports Rock restaurant, but Hooky Jack still roams the place. He has been known to be so active that many of the restaurant's staff refuse to work alone at night.

Many Ghost Stories at the Bullock Hotel

The Bullock Hotel is located in Deadwood, and it is said the entire hotel is haunted by a large contingency of spirits including the original owner, Sheriff Seth Bullock. Staff and visitors claim to have seen the former owner's apparition, which is most predominantly active on the second and third floors. Claims of ghostly voices, misty forms, showers turning on and off by themselves, and other unexplained phenomena are routine occurrences at the Bullock Hotel. Legend has it Bullock died in room 211, but historians say he most likely died on his ranch, although this has never been confirmed. Active spirits in the basement have been reported by the staff, who've witnessed the piano playing on its own and glasses/dishes being thrown by unseen forces. 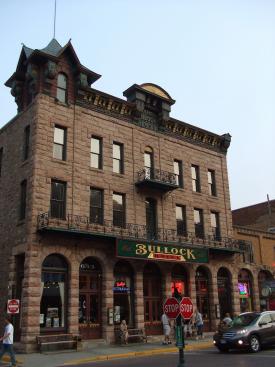 Mountain View Cemetery is located in Keystone and is the final resting place for many of the men that lost their lives while working on Mount Rushmore. The stories involving this cemetery speak of ghostly workers rising from their graves every night to stand watch over the monument that they gave their lives to create.

Stories From a Former Crematorium at Black Hills Harley-Davidson

The Black Hills Harley-Davidson building in Hill City was former home to the restaurant Mount Rushmore Brewing Company. The building was originally a funeral home and crematorium. Restaurant employees reported strange phenomena, such as objects moving on their own and strange noises. Many sounds come from the basement where the remnants of the cremation chamber (furnace) are located. At one time the restaurant featured pool tables, and employees witnessed the balls moving on their own or would often hear the clacking of the pool balls when no one was playing at the table.

The Black Hills of South Dakota, with all of their rich history and violent past, are remarkably sparse on popular ghost stories, but there are hundreds of smaller, lesser known stories that can chill even the hardiest of hearts. Some of these include the following.

One winter, an unidentified woman froze to death by the park baseball diamond. Her ghost is said to whisper your name as you pass through. Screams are also heard at night, and some people have even claimed to see a female apparition.

Burress Feeds is an agricultural feed store in Isabel and said to be the home of the ghost of a little girl who died of smallpox over a hundred years ago. People claim you can still hear her calling out for her mother.

Originally designed as a boarding school for Native American children in Rapid City, the school was under-funded. Stories of abuse, neglect, and child suicides were common. The building was eventually turned into a tuberculosis sanitarium. Many believe that the grounds are filled with phantom children, and some people claim to have heard children crying.

The vintage 1880 train ride features a High-Liner Snack Shoppe in Hill City. The diner/shoppe is housed in an actual train car. The employees report seeing an apparition of a man dressed in a brown suit moving through the car. 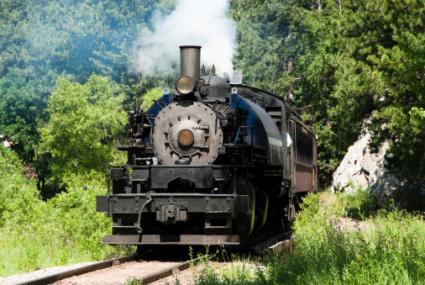 Stories of the all-male Wenonah Cook dorm at Black Hills State University raise the hair on the back of the neck. Students have reported hearing unearthly screams of a woman in the dorm. The overpowering smell of decayed flesh often accompanies the screams. 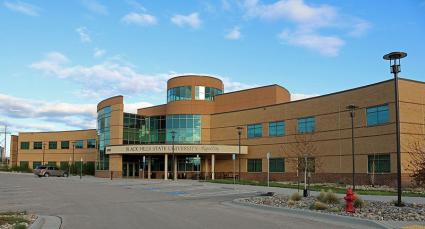 The silver mining town, Galena, isn't just a shadow reminder of the past, thanks to the local historical society that restored many of the old buildings. The village is engulfed by a tall-standing Ponderosa pine forest. Caution signs are found throughout the town warning of ghosts on the road since the town if full of them. These include lots of saloon keepers, prospectors, school marms, shady characters out to make a quick buck mining, of course standup merchants and many other spirits. 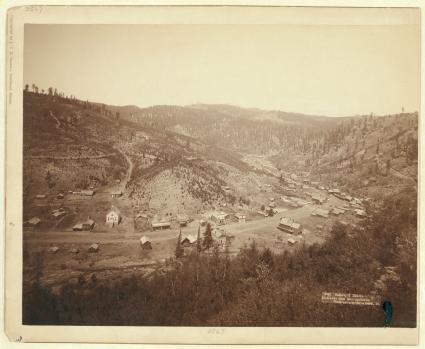 It's no wonder the boom town history of the Black Hills of South Dakota fostered so many ghost stories. For many towns, it's a badge of honor to claim the title as the most haunted town in South Dakota.