Areas rich with history and turmoil are oftentimes the best places to search for paranormal activity, and this makes Hawaii a prime location to find tales of ghosts and other paranormal activity. This state has a long and diverse history that includes centuries of tribal conflicts and a steady rotation of immigrant workers. Now a thriving, modern location in most regards, many people claim that the past does seep into the future to produce chilling Hawaiian ghost stories.

It is easy to see how Hawaiian history and culture have huge influence on the ghost stories that are told about this area.

A Volcanic Ghost at Mauna Loa

Although it is up for debate whether this story falls into the realm of a ghost or the realm of some type of deity, a very famous story exists of a female ghost that resides within the craters of the Mauna Loa Volcano. While some people claim she is actually the goddess of the volcano, others believe she is the ghost of a woman who wanders the nearby roads and occasionally is seen in populated areas. 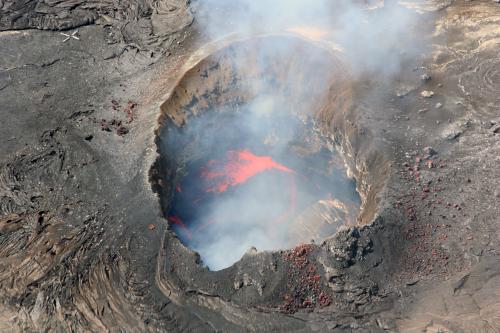 Whether she is a ghost or a goddess, the story states that she appears before a volcanic eruption in an effort to warn nearby residents. It's reported that she always wears red and has a ghostly dog as her constant companion. Residents who believe she is a goddess routinely leave gifts and sacrifices for her, including food and drinks. The area that is believed to be her dwelling place is considered off-limits to tourists seeking some volcanic rock to take home. Most people consider the volcanic rock cursed if removed from the area. As a result, many people warn of the female spirit's wrath against people attempting to steal the rock.

Located in Waipahu on O'ahu, Hawaii's Plantation Village is a 1900s sugar cane plantation. The village housed sugar cane workers from all around the world. Many of the restored buildings on the plantation are rumored to be haunted. For example, a Japanese doll mysteriously appears and reappears outside of one home. Visitors report seeing a girl in white, skulls and skeletons, and even ghosts who follow them home and choke them. They also report feeling touches from invisible hands and cold spots. Visitors have even photographed what they believe are the ghosts that haunt the village.

Hawaii's Highway 1 is said to be haunted by Hawaiian warriors from the past called Night Marchers. Stories are told of these warriors appearing alongside the road or howling when drivers pass through tunnels. It is also reported that many of the Hawaiian workers that initially began work on the new highway abandoned the work after encountering too many ghosts along the way. Rumors also exist that bones of Hawaiian warriors were found during the construction of the highway, which also prompted many workers to quit. There are additional stories surrounding Highway 3 in Hawaii, but none of those stories are as famous as those pertaining to the renowned Highway 1.

The Hawaiian Islands are full of locations that were once considered sacred and otherworldly. Human sacrifices, worship and various rituals occurred in these areas and, as a result, are now considered hotbeds for paranormal activity. Hawaiian natives still consider these sites to be sacred, and few people will venture into these areas in the hopes of spying a ghost or two. 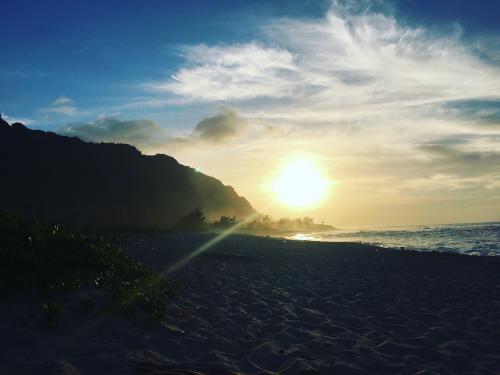 For example, Kaena Point is said to be more than a mere haunted area; it's supposedly the actual entryway into the place of the gods. Visitors brave enough to venture into this area often report hearing the sound of voices, but not just a singular voice. Reports of thousands of voices, many of which do not sound human, are said to resound at the same time.

Hickam Air Force Base is the site of many reported ghostly encounters. In particular, the headquarters for the Pacific Air Forces is said to be haunted by many spirits of those who died as a result of the attack on Pearl Harbor in which over 1,000 people died. One famous ghost named Charley is reportedly seen quite frequently. While he is not reported as being aggressive or malicious, his presence does frighten many of the personnel attached to this military base.

Hawaii is paradise, but there's much more to it. People who live there know many more stories exist about ghosts and other paranormal activity in Hawaii.