A haunting or ghost sighting can happen anywhere in the world, but Japanese ghost stories are especially scary because of the country's ancient history and culture. Just as old houses are often more likely to be haunted, so is the ancient country of Japan filled with the haunted spirits of its storied past.

Japanese culture and heritage are rich with spirituality and superstition. In Japan, you should "cleanse" yourself after going to a funeral by throwing salt over your body. Cutting your fingernails in the evening is bad luck, and so is using or referring to the number four (homonym for death) or nine (homonym for suffering). However, few practices are quite as fascinating as the 100 ghost stories game. This was a popular parlor game called Hyakumonogatari Kaidankai, from the Edo period (1603 - 1868). It worked as follows:

Many people believe that the extinguishing of the last candle represents the conclusion of a spiritual evocation, summoning some supernatural being from another world. Many believe that the ceremony was a test of courage among the samurai, which later became a game used by common folks to scare each other.

While many residents of Japan can recite tales of haunted homes, apartments, or other locations, there are few stories that reflect the heritage of Japan as well as its oldest ghost stories. These are the stories told from generation to generation. They reveal countless things, both paranormal and quite normal, about Japanese cultural and spiritual beliefs.

The Tortured Spirit of Oiwa

One of the more famous Japanese horror stories, thanks to the theatrical presentation recreated from the legend, is that of a woman named Oiwa. Oiwa was married to a terrible Samurai named Lemon. When Oiwa's father learned of Lemon's treachery, Lemon killed him. As time went on, Lemon fell out of love with Oiwa, even though they had a child together, and he eventually fell in love with the granddaughter of his neighbor. Lemon attempted to poison Oiwa, so that he could marry his true love. Instead of the poison killing Oiwa, it left her disfigured. She died from the despair of her condition and the knowledge her husband had betrayed her. Lemon killed one of his servants, arranged the bodies together on a wooden door, and threw them into the river, telling all who would believe him that his wife had been having an affair with the servant.

Under the mistaken belief that he was free of Oiwa forever, Lemon married his lover. Upon lifting her wedding veil, he found himself facing the disfigured Oiwa. Beheading her with his sword, he actually killed his new wife. When he escaped to his dead bride's father's house, he was confronted by the ghost of the servant. Upon beheading the ghost, he realized he'd killed his new father-in-law instead. Escaping to the mountains to free himself of endless torment of Oiwa's spirit, Lemon found himself living with Oiwa's vengeful spirit. In the end,Oiwa found vengeance when her brother discovered Lemon at the cabin and killed him.

In another scary story from Japan, the tale of Okiku is another tale of ghostly revenge. Okiku was the maid for a samurai named Aoyama. Aoyama fell in love with the servant girl, but she didn't love him. Aoyama arranged to frame Okiku for breaking plate number ten from his precious plate collection. Aoyama told Okiku that if she agreed to love him, he would forgive her and she could avoid the shame of her mistake. Okiku refused because she didn't feel any love for the samurai. In a fit of rage, Aoyama murdered Okiku with his bare hands, carried her corpse out to the old well behind his home, and threw her body into it. However, the tragedy didn't end there. Every night, Ayoama was awakened by the sound of Okiku's spirit counting through the unbroken plates, and after reaching "nine" she would break into loud, tortured sobs over the missing number ten plate. In time, Aoyama went insane, and the ghost of Okiku found revenge at last.

The stories about hauntings in Japan are not limited to ancient times. Even today, people living and working in Japan report many strange things.

Aokigahara, located on Mount Fuji, is Japan's most popular spot for suicides. For example, in the two years between 2013 and 2015, more than 100 people killed themselves in the forest. In fact, so notorious is the forest for suicides, a sign entering the forest reminds visitors life is precious. This has led to numerous ghost tales that have caused some to call the forest not only the scariest place in Japan, but in the world. 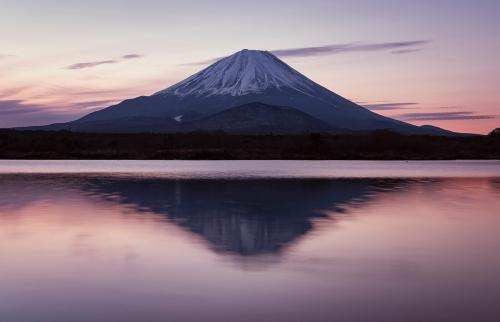 Strange things happen in the forest, and many attribute them to the ghosts of people who have killed themselves there. People hear screams, see apparitions, and experience feelings of dread and terror. Some hikers also believe the ghostly beings in the forest mess with them. The forest is extremely dense, and it's easy to get lost. Because of this, one hiker marked her way with tape so she could return easily, but she got lost when she discovered her tape had been cut and removed. Yet even with its terrifying reputation, people continue to visit the forest and encounter the ghosts that reside there.

You can find other scary stories from Japan on the internet.

While Western countries certainly have a fair number of ghost stories and paranormal activity, there is little that can compare to the volume of Japanese ghost stories and hauntings that make up many of the legends and myths of Japan.