There are many stories that recount sightings of ghosts in the state of Rhode Island. These ghost stories are not unlike those that exist throughout most of the other New England states, which is rich in history. One thing that does set Rhode Island apart is that it's best known as the state where entire communities reported seeing and experiencing vampires from 1790 to around 1890, and these vampire sightings served as the source of one of Rhode Island's most famous ghost stories.

The real tragedy of the period between 1790 and 1890 wasn't so much the number of people who supposedly died from vampire attacks, but the number of deaths that resulted from tuberculosis, otherwise known as consumption.

Villagers that saw the sick became terrified by their ghostly appearance shortly before death. The fear of contracting the disease combined with a lack of understanding left villagers to their own devices, and they came up with imaginative theories.

Throughout the 1700s and early 1800s, Rhode Island villagers concocted a belief system to explain the sudden deaths of their loved ones. The sight of loved ones as gaunt, wretched and decaying creatures led entire communities to believe that the sick were under attack from evil forces. Even worse, villagers began to believe that loved ones that died became the walking dead that would visit the living at night, "suck" the life out of them and give them consumption. This belief led villagers, including young Mercy Lena Brown's own father, to exhume her grave, burn her heart and add the ashes to water. The villagers drank the unholy elixir because they believed it would free them from the curse.

You may think this is the end of the story, but it isn't. Ever since the day the community desecrated her grave, many people have reported seeing and hearing the ghost of Mercy Brown. Her body (minus the heart) is buried in Chestnut Hill Cemetery in Exeter, Rhode Island. Residents and visitors report that:

From most accounts, the story of Mercy Lena Brown is no longer one of a terrifying and fearsome vampire, but instead it is about a local ghost who has deep compassion for those who are terminally ill, as well as a desire to prevent any and all desecration of the dead.

Ghosts of the Kickemuit River, Warren

In 1675, Native people living by the Kickemuit River in Warren, Rhode Island, killed eight English settlers and placed their heads on poles to warn off other settlers. Today, residents sometimes report seeing the eight floating heads by the river. They usually appear in the early evening and are said to float among the trees on the river banks.

Many people have seen the ghost of a Spanish-speaking woman crying in the halls of the Wedderburn House in Narragansett. The house was owned by Captain Japheth Wedderburn who killed his wife, Mercedes. Mercedes was from Barbados and spoke Spanish. One day after returning from sea, the captain killed her when he found her weeping because she missed her home. He encased her body in a coffin inside the fireplace hearth, and he told everyone that his wife had gone back home to Barbados. Families that purchased the house experienced apparitions of a woman in black lace with a comb in her hair looking out to sea crying. However, it wasn't until 1925 that Mercedes's body was found under the hearthstone of the fireplace, buried in coffin there. She was wearing a black lace dress and a comb, just as house residents had seen.

If you've seen The Conjuring, then you're already familiar with the haunting of what was once the home of the Perron family in Harrisville, Rhode Island. Andrea Perron details the horrors of the haunting her family endured in the home in her series of books, House of Darkness, House of Light. When the Perrons bought the farm, they had no idea all that had occurred there, from murders and violence, to rape and suicide, to death by natural causes. On purchasing the home, the previous owner told Perron's father to keep the lights on at night.

In her book, Perron chronicles multiple hauntings, some benign and friendly, and some terrifying. The Perron girls were often visited at night by the spirit of a previous resident who tucked them into bed. A child who died in the house often played with their toys. Other spirits were less friendly, such as those that smelled of rotten flesh, spirits who tossed the family out of their beds in the night, a malevolent male spirit, the ghost of an old hag that often frightened the Perron girls, and the angry spirit of Bathsheba Sherma, an accused witch who was hanged from a tree on the property. The Perron family lived in the house for a decade before fleeing. The house remains a private residence.

The Slater Mill on the banks of the Blackstone River in Pawtucket is the birthplace of the American Industrial Revolution. Samuel Slater built a mill there in the late 1700s modeled after British spinning mills. The mill employed mostly children between the ages of 7 and 16, many who were killed or badly injured by the dangerous equipment. Today, the mill is a museum complex, but it is believed the ghost of Samuel Slater still walks its halls. Along with Slater, people report encountering the ghosts of children killed by mill equipment while on the job. Museum employees hear their screams and notice cold spots near the dangerous old pieces of machinery.

In 1810, Peleg Walker, a son-in-law of the local wealthy Potter family and night watchman at the family mill, hung himself inside the mill. Afterwards, the bell used to summon workers started ringing at midnight. The family removed the rope, but the bell still rang, so they removed the bell itself. As the local legend is told, the very next night the family woke up to the entire factory running, and the water wheel was running against the flow of the river. It wasn't long before the mill went out of business and closed down. The Ram Tail Factory still stands today.

During the winter of 1751, the crew of a cargo ship called the Palatine, killed the Captain and held the passengers hostage for several days. Near starvation, the passengers awoke one morning to find that their captors had abandoned the ship. When the ship struck land off Block Island, residents living on the shore saved the passengers and then set the ship on fire so that other ships at sea wouldn't collide with it. Unfortunately, they didn't realize that one woman had been locked in a room inside the ship. Residents and passengers could hear her tortured screams as she burned alive. Local residents say that on the same day each year, they can see the burning ghost ship just off shore. 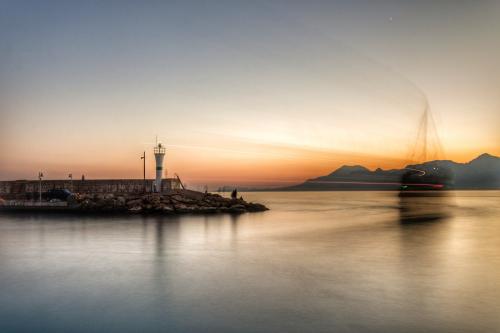 There are many other similar ghost stores about the colonial state of Rhode Island. The stories of ghosts and vampires are steeped in historical facts and real-life drama.