Historic haunted homes appeal to those interested in history, the paranormal, and architectural period styles. It's not unusual to find resident ghosts in historic houses, especially when many generations have lived and died there. You can find haunted historic houses all across America in city and rural settings. It's fascinating to connect the history of the house to the haunting and see how one led to the other. Setting out to explore these ghostly old houses can be an exciting and sometimes scary adventure.

This two-story, Greek Revival house was built on land that was previously a cemetery. It was also the site of a hanging. Thomas Whaley purchased the land, built a home and operated a general store out of the first floor. After he moved his family to San Francisco, Whaley rented the house to a theater troupe and later to the county for a courthouse. You can visit the Whaley House; it's a museum now located in Old Town San Diego.

The Ghosts of Whaley House

A well-preserved example of Greek Revival architecture, this two-story home of John and Carrie (Caroline) McGavock is located in Franklin, Tennessee, where one of the bloodiest Civil War battles was fought. 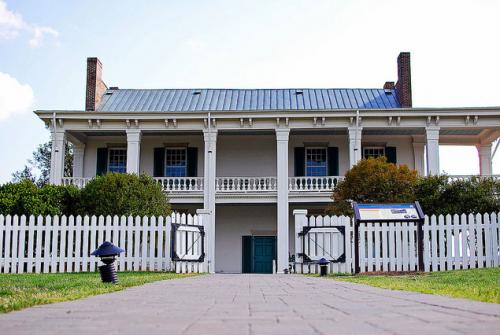 The Battle of Franklin began at sunset and lasted five hours into the night, leaving over 10,000 Confederate and Union soldiers dead. The mansion was used as a Confederate field hospital and the floors in several rooms were left permanently bloodstained. The family also donated land only a few yards from house for a cemetery to nearly 1,500 soldiers. It's no wonder that this home and the surrounding grounds make it one of the most-haunted historic homes in America and the most-haunted home in Tennessee. Carnton is open for public tours.

The Ghost of Minerva Stilley at the Grove in Jefferson, Texas

The Grove is an 1861, one-story, Greek Revival house. The current owners have renovated it and are very knowledgeable about the different construction periods of room additions and renovations. You can take a guided tour of the home with the owners, Charles and Daphne Young. You might catch a glimpse of the resident ghost, the home's original owner, Minerva Stilley, who walks through walls and moves about the home. The Grove is a private home, but is open for tours on Saturday or Sunday. Call 903.665.8018 for more information.

This Victorian home is filled with dead-end staircases and doors that lead nowhere. If you can see beyond the eccentricity, you'll find 160 rooms in what was a very modern home with heating systems, sewer system and several elevators. Sarah Winchester, heiress to the Winchester rifle dynasty, was told by a medium that the only way to mollify the restless spirits who had died from the Winchester rifle was to continually build onto her mansion. The mansion is open daily for tours in downtown San Jose, California. The house is also the subject of the 2018 horror film starring Helen Mirren called Winchester.

Another excellent example of Greek Revival architecture is the mansion known as Magnolia Hall located in Natchez, Mississippi. This home is said to be haunted by the original owner, Thomas Henderson, who died only five years after moving into the home. In addition to his ghostly apparition, tour guides and visitors have noticed indentions in bed pillows and have experienced times when the lights turn off and on with no apparent cause. You can take a public tour of Magnolia Hall Tuesdays through Saturdays. 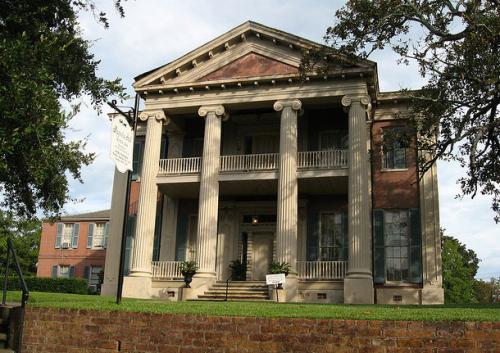 Built in 1732, the General Lafayette Inn and Brewery, located in Lafayette Hill, Pennsylvania is said to be haunted. St. Peter's Church is only a few feet from the Inn where a bloody battle ensued between the British and Lafayette's men. The British were defeated, but the ghosts of both the British and Colonists still haunt the premises.

The most confounding story involves two wait staff, who attempted to move a chair when preparing to close for the night. The two women claim the chair couldn't be moved. They stated that it felt as though someone was sitting in the chair. Other occurrences include doorknobs turning and rattling, phantom footsteps, slamming doors, a chair spinning on one leg, and various apparitions manifesting in the inn and brewery. Stop in for a meal and to maybe experience the haunting here.

You may be surprised to learn that the Capitol of the United States of America is haunted. This federal style home of the President is said to be haunted by past presidents and other well-known historical people. In fact, it's probably the most documented haunted house on record. White House tours are available. 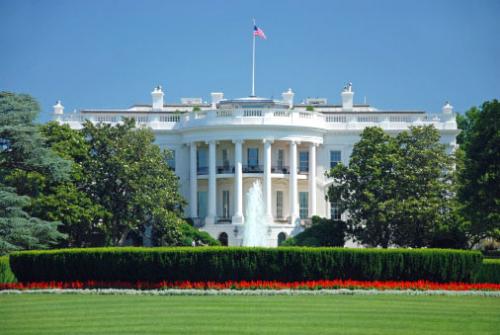 A Few of the Reports of Ghostly Encounters

As you can see, there is no lack for haunted historic houses to visit. Many are open to the public either as museums, or as lodging, restaurants, and more. So head out on the highway to find plenty of historic haunted homes you can visit and maybe experience a ghost.