Many people have heard about the Mayan prophecies related to the end of the world in 2012, but fewer people know about the Hopi prophecies that outline similar end-time events. While lesser known, these prophecies offer insight into the beliefs of the Hopi culture.

What is known of the Hopi religion comes from oral stories told through the generations. The Hopi believe there were three worlds that existed before this one. Each of the previous worlds came to an end due to evil, and the entrance into the next world signals a renewal and the beginning of a new cycle for all people.

Worlds of the Hopi Prophecies

The following are rough descriptions of each Hopi world playing a part in Hopi prophecy.

First World of the Hopi: Forgetting the Creator's Plan

The creator, known as Tawa, created the first world out of space and the Sun Spirit's own energy. As the people of that world forgot the Creator's plan, the remaining chosen ones that still remembered were advised to escape underground with the Ant People while the First World was destroyed.

The Third World was one of great civilization - large populations and great cities and countries. However, once again the earthly desires and preoccupation with earthly things led the final destruction of that world as well.

The Fourth World is our current era on Earth. Hopi stories about this world tell about their arrival over water on boats to the shore, where they split into several groups in order to claim land and settle, following the path of the Creator in their daily lives. 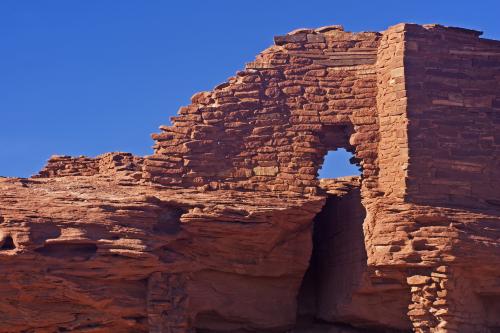 The Fifth World represents the next "fresh start" once this fourth world is destroyed. It is a new world free of conflict and war. It's a world where people will once again return to living at one with nature and with the land, returning to the path of the Creator once again.

Hopi Prophecy of the Four Races as Guardians

According to a 1986 talk on "North American Indian Prophecies" by Lee Brown at the Continental Indigenous Council, the four races of Earth were assigned as guardians of Earth and its elements. A "white man" known as "Pahana" gave two stone tablets to two races. The Hopi stone tablet is stored on the Hopi Reservation in Arizona. According to Lee, the second tablet is stored at the foot of Mount Kenya by the Kukuyu Tribe. The Pahana left, but promised that he would return one day with the matching piece of the stone tablet. The four races and their guardianships were as follows.

Hopi Prophecies Show Nine Signs the Fifth World Is Near

The most significant and well-known legend from Hopi oral histories is the story of the "Blue Kachina." Many elders and tribal members have reported this Hopi prophecy to the world, including Dr. Robert (Ghost Wolf) in his 1994 book Last Cry, and White Feather of the Bear Clan. The prophecies are quite detailed, and shockingly representative of real events that have already taken place throughout the last few decades. The nine signs include each of the following:

According to the story, not long after the final sign, the Hopi people would end their ceremonies.

The Transition to the Fifth World

The transition to the next world will not be an easy one, according to Hopi prophecy. Some of the descriptions are almost identical to what Christians believe will occur during the biblical Rapture. These events will include major earthquakes, war in distant lands, and specifically war started by the race "who possessed the first light of wisdom." Hopi prophecy states that the people who will remain safe during the transition to the Fifth World are those who return to the Hopi way - the natural way of living off the land, focused on the Earth and less upon material goods and greed.

In 1540, Spanish explorer General Francisco Vasquez de Coronado and his team set foot in the Hopi village of Awatovi. It was the first recorded meeting of the "white man" and the Hopi people. By the earliest estimates, Spanish explorers determined that there were between 12,000 to 16,000 Hopi people in the late 1500s. 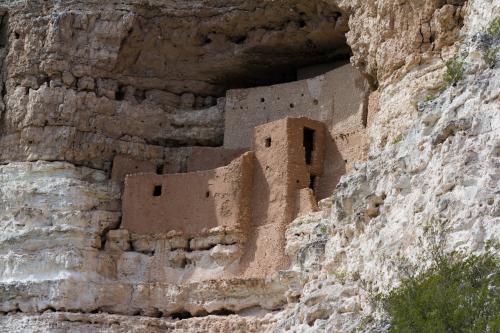 Over the next three centuries, the Hopi survived the Franciscan missions to convert them, they supported the Pueblo revolt against the Spanish Colonists, and eventually they survived harsh attacks from the Navajo by requesting the support of the U.S. government. Hopi land now exists within the heart of the Navajo reservation in Arizona. By 1910, the population had dwindled to about 2,000. However, the mythology and stories of the Hopi are some of the most significant of all world religions because so many of the prophecies have come true.

Most Hopi experts agree that at least eight of the nine signs have already occurred, with the final sign probably being the fall of some orbiting residence, like the International Space Station. Regardless whether you believe all signs have come to pass or not, one thing that the Hopi predictions make clear is that in order to become right with the Creator, you must learn to live at one with the Earth - learning self-sufficiency, community, and respect for the land and its creatures.