The Mark Twain House & Museum is located in Hartford, Connecticut. Mark Twain (Samuel Clemens) had the house built in the area affectionately known as Nook Farm and lived in the home with his family from 1874 to 1891. It was in this house that Twain wrote some of his most famous books, including Adventures of Huckleberry Finn and The Adventures of Tom Sawyer. This National Historic Landmark is also known to be notoriously haunted.

Over the years, many people inquired about conducting paranormal investigations in the house but were denied. That policy was revisited when Smoking Gun Research Agency (SGRA) asked permission to conduct an investigation in 2009.

"They had received seven reports of unexplained phenomena from visitors to the house ranging from seeing shadows to something tugging at their clothing," Jacques Lamarre, Manager of Communications & Special Projects for the Mark Twain House & Museum, explained in a recent interview with LoveToKnow.

Lamarre discussed SGRA's request with the museum's Executive Director and soon after, "We decided to open the doors to SGRA for an evening and see what they could find. As soon as we did, stories began to surface from staff members who had experienced things."

The museum staff reported a wide range of experiences, such as disembodied voices and the smell of cigar smoke in various places in the house, especially in the billiard room where Twain wrote his novels. Other experiences included hearing children's laughter, the sound of footsteps, and glimpsing playful orbs. There have been other incidences in the basement. Has something sinister taken up residence there? According to Lamarre there have been reports of a growling sound. "One of our security guards had a silver serving tray thrown at him while in the basement."

"Other things were more unnerving, like several sightings of a translucent woman in period garb on the first and second floors," Lamarre continued. Also, an African American male had been sighted on the third floor. This is the floor where the family butler, George Griffin's bedroom had been.

Griffin was a freed slave, who according to Grace Belanger, Assistant Manager of Visitor Services, worked for the Clemens family for 17 years. "When the Clemens family moved Griffin retired to New York, but whenever Twain returned to America, he always traveled to New York to visit with George." Belanger further explained that Twain had based the character Jim in his novel Adventures of Huckleberry Finn on George Griffin.

During the first investigation conducted by SGRA, the team brought along intuitives and one set out to explore the basement. But something happened and the intuitive, "was immediately overcome by a feeling of terror and had to be removed from the lower level," Lamarre said.

The other intuitive felt a significant spirit energy in three other rooms- the library, dining room and nursery. They also investigated outside the house and reported that "they felt the property was being overlooked by a caretaker… and felt energy emanating from the Carriage House," Lamarre said.

Another investigative group, Givens Paranormal, conducted an investigation. Lamarre reported that the group "recorded a number of EVPs and tapping sounds in various locations in the house."

After this evidence had been gathered, the SyFy's show Ghost Hunters requested permission to investigate and film. According to Lamarre, that "investigation revealed bangs, knocks, high EMF spikes and shadow movement."

Later, Ghost Hunters Academy, a spinoff of the TAPS Ghost Hunters TV series, captured knocks, bangs and EVPs. The investigators reported seeing shadow movements and felt as though something was touching and at times, breathing on them.

The Mark Twain House & Museum is featured on Biography Channel's My Ghost Story.

In the fall of 2009, soon after the SGRA's investigation, the museum began conducting the Graveyard Shift Ghost Tours. "We collected the staff stories, SGRA investigation results and the TAPS findings and combined them into our ghost tours, with a good dose of Clemens family lore and haunted history," Lamarre shared during the interview. 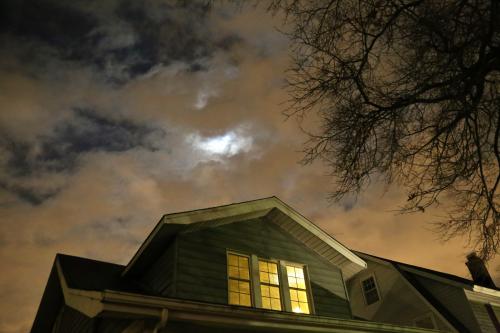 The unique aspect of the unexplained phenomena is that it also happens during the day. According to Grace Belanger, who has conducted tours of the home during the day and at night, one incident scared several employees as well as guests.

In 1896, the Clemens' oldest daughter, Susy, died from spinal meningitis while the Clemens' were on a European tour, one financially vital to the family. Many people believe they've seen the spirit of Susy Clemens wandering about the house.

In fact, one woman believes she was possessed by Susy's spirit. Belanger recounted the story, "There was a woman on the tour, a Hispanic woman who didn't speak English according to her niece, who was following the tour up the staircase. The woman later claimed she was pushed against the wall, everyone thought she was having a seizure. She began to speak in an American accent about 'getting out of here' and 'looking for mama.' "

At the time, no one understood what was going on and simply thought the woman had been taken ill. It wasn't until later when the museum received a letter from the woman's niece, that they realized the incident was paranormal. The niece explained how her aunt felt as though someone had taken possession of her body. She also wanted it to be clear that her aunt didn't speak English, yet during the incident, she'd spoken very clear English.

You don't have to convince the staff that there are spirits in the house. One employee caught the fleeting sight of a woman dressed in white darting across the grand hall and into the dining room where she disappeared.

Photographic Evidence of the Haunting

While the museum doesn't allow any photography or videos on their tours, they do pay close attention to the paranormal experiences that guests eagerly share with them. The only photos of spirits are ones that guests have taken outside the house.

"We do have a few photos that were taken outside the house that show a face in a window or a figure on the porch," Lamarre said.

According to Belanger, people have reported seeing a figure in the second floor caretaker's apartment in the Carriage House.

Mischief in the Billiard Room

Lamarre shared an incident that happened after hours. "One evening, the fire alarms went off in the billiard room. When security and the fire department arrived, there was no fire or smoke, but everyone could smell cigar smoke." 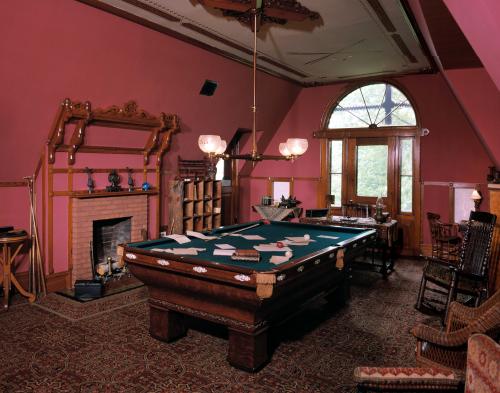 The billiard room seems to be a hot spot for activity that includes knocking and unexplained banging as well as disembodied voices, some of which have been heard by entire tour groups. Many believe that Mark Twain's spirit is the cause of the paranormal activity in this room.

So Who's Haunting Mark Twain's House?

Aside from the spirits of Susy and George, some people speculate that the other two Clemens children and even Mark Twain's wife, Olivia, might be occasional ethereal visitors.

Many people believe that a spirit can attach itself to various objects, especially household furnishings. Even though Twain's other two deceased children didn't die in the home, it's possible they followed the family to the Hartford home. Both children met tragic ends. The firstborn, a boy named Langdon, died of diphtheria and the youngest child, Jean, died on Christmas Eve in 1909 from an epileptic seizure while in the bathtub at their second home in Stormfield, Connecticut. 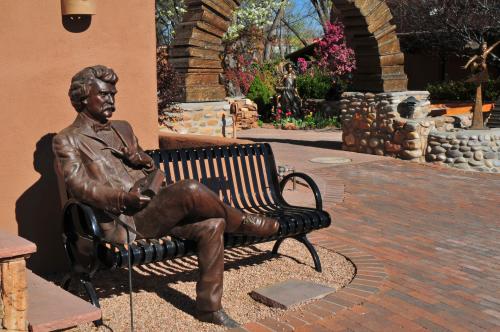 There seems to be an entire cast of possible spirits, including that of Mark Twain, still smoking his 20 cigars a day in his Billiard Room.

Discover the Haunted Mark Twain House for Yourself

You can take one of the day tours or brave The Graveyard Shift Ghost Tours that gives you access to areas not covered during the daily tours. The tour begins outside the house and ends in the basement with "a slideshow of Twain's hearse, funeral, and final resting place," Lamarre concludes.

You'll want to plan on one hour and ten minutes for the tour. While the evening tour was originally conducted year round, it is now only during the month of October. At this time, paranormal groups cannot be accommodated for private investigations. The Graveyard Shift Ghost Tour hours are 6, 7, 8 and 9 PM.

Mark Twain's Views on the Paranormal

Mark Twain had some decided experiences with death. Lamarre shared some final thoughts. "Twain's mother believed, as her son was born when Haley's Comet was streaking through the sky, that he was gifted with some sort of Second Sight. He did foresee his brother Henry's death, envisioning his brother's wake, including the placement of the coffin and floral arrangements." 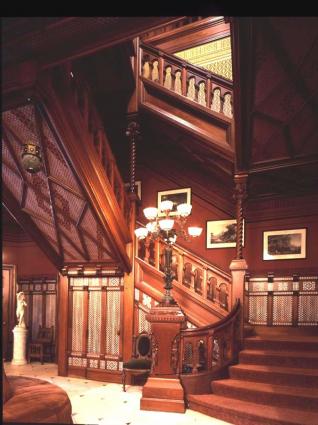 The morning after that vision, Henry Clemens died in a steamship explosion, just as Twain had seen. The last prediction that Twain made was that he'd ridden in on the tail of Haley's comet and he would leave when it returned. This prediction also came true in 1910 when Haley's Comet returned.

After Susy's death Samuel and Olivia Clemens hosted a séance (not in the house) with the hope of contacting their deceased daughter, but weren't successful. In his letter (Mark Twain Letters) to Rev JH Twichell on March 4, 1900, Twain seems to sum up his thoughts on death and the afterlife. He wrote, "Susy is gone, George is gone, Libby Hamersley, Ned Bunce, Henry Robinson. The friends are passing, one by one; our house, where such warm blood and such dear blood flowed so freely, is become a cemetery. But not in any repellent sense. Our dead are welcome there; their life made it beautiful, their death has hallowed it, we shall have them with us always, and there will be no parting."