Parapsychologist and author Loyd Auerbach holds a degree in parapsychology. He has been researching paranormal claims for decades. In a LoveToKnow interview, he weighs in on the misconceptions people hold about the field.

Myth: Parapsychology Is a Pseudoscience

According to Auerbach, a common misconception people hold is that there is no scientific research about the paranormal because it is considered a pseudoscience.

In fact, as Auerbach points out, organizations such as the Society of Psychical Research use social scientific protocols and methods in their research and have developed a body of scientific knowledge about paranormal phenomena. "The early investigators were active well over 100 years ago, while the Society for Psychical Research started in 1882 (and apparitions and hauntings were one of their focal points). There were others even before them," Auerbach notes. "Many people also believe there's no scientific literature covering paranormal investigations. There are hundreds of books, including volumes of the early journals and Proceedings of the Society for Psychical Research (SPR) and its American counterpart (ASPR)! Not to mention the fact that more contemporary issues of the SPR and ASPR journal, as well as the Journal of Scientific Exploration and others, cover field investigations."

Myth: There Are No Paranormal Experts

Auerbach notes many people also believe parapsychology remains unproven, so there are no experts and it can't be taught.

Fact: There Are Many Experts in Parapsychological Research

Misconceptions About Ghosts, and Hauntings

People also often misunderstand what ghosts are, how they manifest, and some of the basic terminology to use regarding ghosts and hauntings.

Myth: Ghosts and Hauntings Are the Same Thing 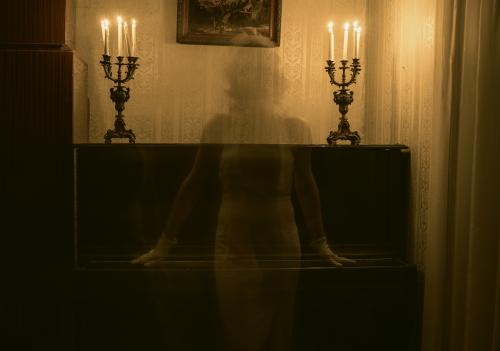 Auerbach notes that what people call a "ghost" is often one of a few experiences. He explains, "What people often describe as a 'ghost' - seeing or hearing a person who's not physically present - can be described as an apparition (spirit of someone dead or even sometimes someone alive) if it's interactive and seems to be conscious and aware (what ghost hunters like to call intelligent). Otherwise, it falls into the 'haunting' model. What ghost hunters call 'residual hauntings,' parapsychologists simply call hauntings or place memory."

A common misconception exists that poltergeist activity comes from malevolent ghosts or demons.

Fact: Poltergiest Phenomena Is Most Likely to Come From Someone Living

The term "poltergeist" translates as "noisy ghost," a term was coined as far back as the 16th century in Germany to cover chaotic yet purely physical unexplained phenomena (typically things moving, flying, crashing, breaking).

"For many decades the phenomena covered by the term 'poltergeist' has been related by extensive work in the field of parapsychology to a living agent, under emotional and other stresses, whose unconscious mind essentially acts out with psychokinetic ability," Auerbach says. "There is extensive research and investigation behind this model, and the application of the model to resolving the case brings an end to the phenomena. By the way, ghosts/apparitions are not actually seen/experienced in poltergeist cases, which is another thing that separates them from other kinds of cases. Just to be clear, if a ghost moves something - given that ghosts have no physical bodies - it's still psychokinesis."

Perhaps the biggest disservice paranormal television and popular media has done to the field is created widespread misconceptions about paranormal research. Auerbach says, "In talking to many people, it seems that if it's not on TV, it's not worth knowing. Apparently, plumbers and cops and college students know more about the phenomena and how to investigate it than folks in a field that's been doing it since the 1880s."

Myth: Personal Experiences Have no Place in a "Scientific" Paranormal Investigation

Many investigators think all personal paranormal experiences must immediately be discounted without further "scientific proof" because they are highly subjective and not repeatable.

Myth: If There's a Logical Explanation, No Paranormal Activity Is Present

Because of what you see on television, the idea of "debunking" is big in paranormal research. People believe because you have found one potential logical explanation for an occurrence, then that is the only explanation for it and no paranormal activity is present.

Fact: Sometimes You Can Find a Logical Explanation and Still Have Paranormal Activity

Says Auerbach, "We consider each experience separately, as well as the case overall, looking for normal explanations for each event. It is common that some things reported in a case have normal explanations, even when there is something paranormal happening.

Myth: Working With Psychics Is an Invalid Protocol for Paranormal Research

Another belief that has arisen out of paranormal television is the belief that psychics can't bring anything of value to a paranormal investigation because psychic phenomena is unproven. "It's ironic so many ghost hunters disdain working with psychics or mediums who claim to be able to communicate with spirits, yet they get so excited to get high EMF or EVPs in a place where no one has reported a ghost for decades," Auerbach says. 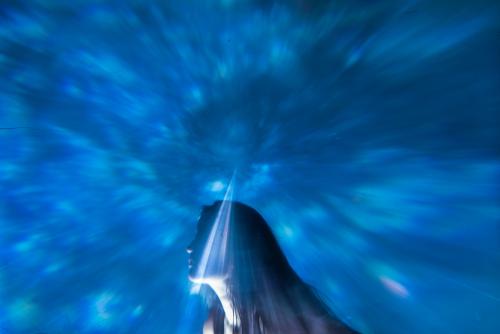 In fact, SPR and other parapsychological organizations have proven the validity of psychic information using a social scientific method in variable controlled studies. Likewise, psychic participation in paranormal investigation can provide another layer of information to help people experiencing paranormal activity or create a new direction of research for investigators because they can serve as another form of environmental sensors. "Psychics are an added 'detector' in your ghost hunter tool kit," Auerbach suggests. "If they are not too ego-involved and are open to questioning their perceptions and asking a lot of questions, then they're good to work with."

Myth: Ghost Hunting Has to Happen at Night

Many people believe paranormal investigation must take place at night - or in the dark. This is a common belief that many hold.

Fact: Apparitions and Hauntings Occur at Any Time of Day

"People throughout history have seen ghosts at all times of day or night," Auerbach explains. "At night, they've seen ghosts with the lights on, by candlelight, by fire light, by moonlight, etc. And yes, sometimes with little or no light. However, investigating such things in the dark is an invention of television and directly related to the advent of night shot cameras."

Misconceptions About Technology Use in Paranormal Research

There's a lot of "ghost hunting" equipment available, but many people don't understand its use and therefore hold common misconceptions about it.

Auerbach says, "A broad misconception exists that the use of technology means we're being scientific in our investigations. This is caused by poor science education, and by no means limited to the paranormal folks." 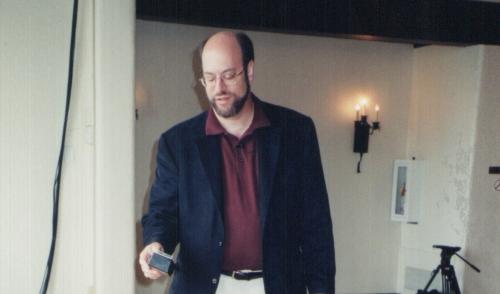 Auerbach on a paranormal investigation

"It's how you use the technology and what you do with the data, how you assess the data, and the application of the scientific method in the process that means one is applying a scientific approach in an investigation," Auerbach explains. "Just because it says 'ghost meter' on it doesn't mean it detects ghosts… or anything paranormal, psychic or supernatural. EMF detectors detect electromagnetic fields. Air ion counters detect changes in the ions in the air. Temperature sensors, including thermal vision cameras, detect ambient temperature and changes in temperature."

Myth: There Is Equipment to Detect Ghosts

Most of the equipment used is to detect the state of or changes in the environment. They are not specifically designed to detect paranormal activity because with current knowledge, there's no way to do so.

"We simply don't know enough about the phenomena to design equipment to perform that function if it's even possible with today's knowledge," Auerbach explains when asks if any equipment can detect the presence of ghosts. "The appropriate use of environmental sensors is to look for anomalies or environmental conditions that can be correlated to people's experiences and to the reported phenomena," Auerbach continues. "While some correlations have certainly been observed, much research needs to be done. Unfortunately, visiting a location and simply using the equipment, especially without correlating/connecting to human experiences, does nothing to further our understanding of what may be going on."

Misconceptions About Evidence and Proof of Ghosts

In paranormal research, evidence is key, but what does it really prove?

Many investigators seek what they call the "holy grail of paranormal evidence," a photo of a full-body apparition. They believe evidence captured such as EVP, video, and photos prove ghosts exist.

Unfortunately, while paranormal evidence may be suggestive that ghosts are real, they aren't definitive proof according to Auerbach. "Even if the evidence was obtained under meticulously controlled conditions with no other explanations, there's a fundamental question that is still a major philosophical argument in science: What is consciousness," Auerbach says. "If science hasn't even come to terms/agreement that consciousness does/does not exist as something more than a trick of the brain, how do ghost hunters expect to prove the existence of ghosts - essentially consciousness without a body? These types of things are evidence, not proof. If photos were proof, then science would have accepted the existence of UFOs. After all, the photos of UFOs are clearer, significantly more numerous, taken under better conditions by better photographers, analyzed to death AND are often taken while many people present are all actually seeing the thing being photographed. As for EVP, there are alternative explanations - even psychic ones - that don't put the source of the EVP as a ghost."

The way the media depicts paranormal activity and research has been a double-edged sword. While it draws more interest in the fascinating world of ghosts and hauntings, it also creates numerous misconceptions. That's why it's important to dispel myths associated with the paranormal: so the community of researchers can work together to find true answers to one of life's greatest mysteries.