Each type of folk magic has specific traditions, rituals, practices, and often spellwork. Some folk magic practices were cultural-based, while others were regional.

What Is Folk Magic?

Folk magic is defined by YourDictionary as, "The practice of using charms, spells, or rituals to attempt to control natural or chance events or to influence the behavior or emotions of others." In the history of many cultures, folk magic is a blend of holistic healing traditions that has evolved over time, often centuries, among cultures and communities. Folk magic blends the ancient knowledge of earth, nature energies, planetary forces, rituals, healing and herbal remedies, religious and superstitious beliefs, and a wide range of regional custom practices.

Appalachian folk magic was also known as Granny Magic in honor of the Granny Women who served as the caregivers to their communities. These women served as the community's doctor and midwife.

The Granny Women used a combination of herbs, faith and magic. However, Granny Women didn't view their work as magic, but as healing arts. If you had a headache, they might apply salt to your head to draw out the pain. A tea mixed with whiskey would be rubbed on a baby's gums for relief from teething. A burn might be treated by fanning smoke over the burn along with a short incantation.

The practices were a mix of folk medicine, usually herbal and ancient folk magic, often with Celtic origins The herbs were readily found in the wilds of the Appalachian mountains, a Granny Woman often learned about local herbs from Native Americans. 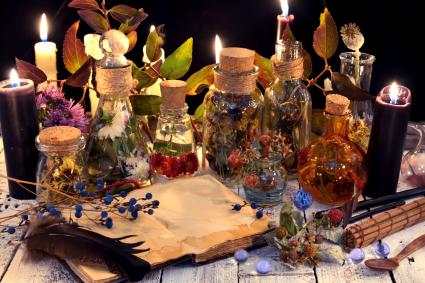 Herbs and Magic Rituals for Ailments and Childbirth

Along with the herbal remedies, the Old-World rituals were practiced for various ailments and natural physical pains, such as childbirth. Teas were given to relax uterine walls, prevent hemorrhages or to make the birth process accelerate. Some of the magic rituals practiced were to aid the birth. For example, the house doors and windows were opened wide to allow the universal energy to enter freely to assist the child in passing easily through the birth canal. To help cut the mother's childbirth pains, a knife or axe was placed underneath her bed. Backwoods Witchcraft describes many of the cures and magic remedies practiced.

From the Ozarks in Missouri and northern Arkansas, Ozark Folk Magic reflects the diversity of cultures that include Gaelic, Celtic, Native American and German. Some of the practices are similar to Appalachian Folk Magic, but there are quite a few different types of magic and superstitions reflective of the Ozark people's heritage. Ozark Magic and Folklore provides a look into the everyday life in the Ozarks.

Some of the beliefs are more superstitions, such as spilled salt means a family quarrel will happen before day's end or you're cursed if you pick up a black button on the ground in front of you. Types of divination are practiced, such as reading the lines and patterns in eggshells. Verbal charms are silent prayers or phrases never spoken out loud since this would take away their power.

Others are warnings of the booger dog that is any type of black animal or shapeshifter witches that lurk at night waiting to catch the unsuspecting. Booger dogs can only be killed with a silver bullet.

Hoodoo evolved from the merging of various practices of African slaves from Nigeria, the Congo and other regions who lived in the American Deep South states, such a Louisiana. It is a magic combination of conjuring, rootwork and witchcraft. Hoodoo shouldn't be confused with the religion of Voodoo. Hoodoo is practiced around the world.

Hoodoo using all kinds of tools in magic rituals, such as herbs, powders, stones, roots, coins, and various preserved animal parts. Conjurers use Mojo bags that contain specific items for each spell. Even human fingernails, hair and blood are used in spells that target individuals. 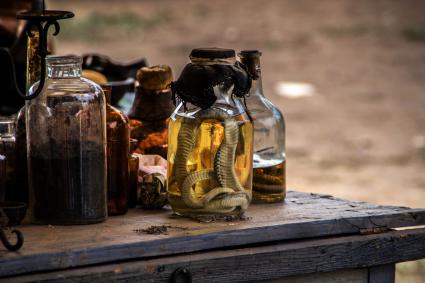 Magic Powders and Other Mojo Items

Conjurers assisted slaves by offering magical powders to prevent dogs from chasing runaway slaves. Mojo bags or conjure bags were and are still used as a way to connect with supernatural works to invoke the spirits assistance for protection, healings and good luck. All kinds of powders are used, such as hot foot powder that was sprinkled in an enemy's shoes to make them run away, and brick powder on door thresholds to keep out evil spirits.

Pennsylvania Dutch, such as the Amish, Mennonites and Dunkers, are often part of the Pow-wow Folk magic. This type of magic is used mostly for protection and healings. Pow-wow practitioners recite incantations that are mostly from the Bible. 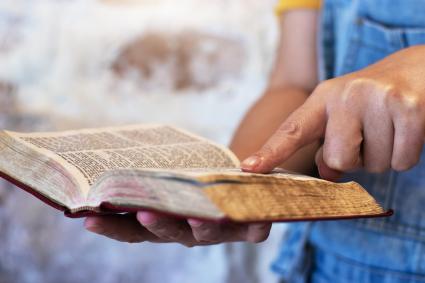 John George Hohman is credited with Pow-wow magic having written a book titled Pow-Wows, or Long Lost Friend, featuring Ozark spells and charms. The majority of Pow-wow Folk Magic is Christian based. Pow-wow practitioners carry a Bible to use passages for healings and casting spells. They also use sigils, although they call them, hex signs, symbols of protection that are drawn on the sides of barns and other buildings. Also, in the mix are various texts and beliefs from Urglaawe, a German pagan religion.

Sixth and Seventh Books of Moses

Another tool the Pow-wow practitioners use are passages from the Sixth and Seventh Books of Moses. These texts are said to be the secret magical writings of Moses and are part of a total of Five Books of Moses. It's claimed that the texts were hidden since they are a type of grimoire that contains spells and incantations Moses used to create the miracles he performed.

The roots of the Cunning Folk date back to the Dark Ages. Cunning Folk were mostly involved in healing magic and remedy magic for curses or undertook exposing evil ones who hexed unsuspecting folks.

The ancient magical secrets the Cunning Folk used were passed down from one generation to the next. The magic practices consisted of rituals, incantations, spellwork, and other magic practices. The Bible was an important part of their magic work for prayers and charms and protection against evil. They employed things such as witch-bottles filled with fingernail clippings, urine and other items were either burned or buried in an effort to counter black magic or ward off evil.

In fear of persecution during the Reformation, Cunning Folk operated in secret. Some Cunning Folk weren't successful in keeping their identities secret and were executed as witches.

There are many different types of folk magic practices you can explore. Many of the traditions have similar roots and share some rituals and superstitions.