Gray witch practices in magic are based on the belief that dual polarities define all life. This belief that two opposites are needed to create a whole is an ancient concept.

What Is a Gray Witch?

According to gray witchcraft, divine energy is created by dual polarities and is therefore neutral, just like nature is neutral. For a gray witch, both positive and negative magic energies can be used without fear of possible harmful consequences.

If a gray witch casts a black magic spell, there will clearly be harm in the magical intent. A gray witch isn't concerned about these consequences since she/he feels justified in using the black magic. In this instance, the gray witch believes while there will be a negative effect, dual polarity means there will also be an equal positive effect somewhere.

How a Gray Witch Practices Magic 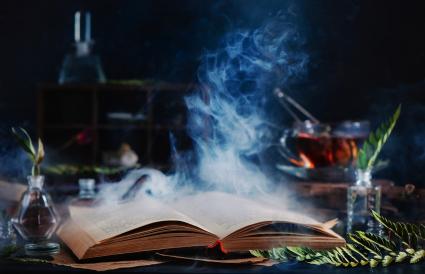 Illusion of a Single Polarity

In this concept, black magic and white magic becomes an illusion since both exist at the same time. They are opposites; therefore, they must exist. There cannot be a negative if there isn't a positive and vice-versa. They exist together or not at all.

Understanding How to Work With Polarity in Magic

The gray witch is cognizant that magic has two polarities. She/he works with both opposing forces. This philosophy of witchcraft means the rule of "harm no one" cannot be applied since good (positive) needs bad (negative) in order to be whole. Negative requires positive to be whole. That is polarity magic and the gray witch doesn't avoid magic simply because it may do harm.

Instance of Good and Bad Results

This philosophy means that in the face of tragedy, you will always find the opposite. In destruction, you'll find growth. This is also seen in the philosophy of yin and yang energies.

There is no official gray witch creed. However, a summation of the belief system defines a kind of creed. It might state:

Is It Okay to Practice White and Black Magic?

The gray witch feels free to perform both white and black magic and isn't concerned about any potential consequences if she/he needs to use that form of magic. Any potential consequences simply aren't prohibitive to performing black magic if the gray witch needs to use it. The need justifies the use and intention, especially if it is to protect herself or someone else. 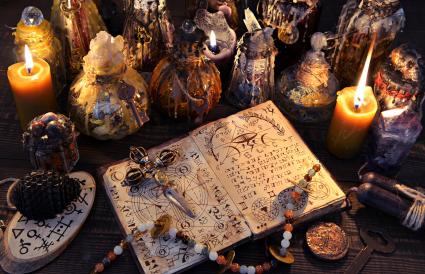 However, there is a line the gray witch draws between this kind of magic and the misuse of magic. A gray witch should never intentionally misuse magic.

A gray witch firmly believes in selfish magic. This core belief reiterates that a gray witch certainly helps and serves others as a healer, defender and whatever else is required, but a gray witch should never shy away from helping herself/himself through the use of magic.

Gray Witchcraft Beliefs and How Magic Is Practiced

The purpose of gray witchcraft is to practice a balance of magic. A gray witch will use black and white magic to achieve manifesting whatever is needed or desired.