The scientific community declares human levitation is not possible-yet. The reports, videos and photos of shamans and monks have been debunked over the years, yet ancient Vedic texts tell of flying monks.

The theory of Altered State of Consciousness (ASC) is perhaps the most popular explanation for human levitation. This theory has been used to explain the historical case of Saint Joseph of Copertino (1603-1663). The priest was said to have such a spiritual connection with the divine that his altered state allowed him to fly. Could this well-documented case of human levitation be a case-in-point of the potential of humans, albeit perhaps a latent ability rarely realized?

The Flying Saint of Italy

According to The Epoch Times, Dr. Michael Grosso believes the case of St. Joseph may very well be true. In his book, The Man Who Could Fly: St. Joseph of Copertino and the Mystery of Levitation, Dr. Grosso discusses the many eyewitnesses to the priest's air shows.

St Joseph and the Church

Dr. Grosso explains how the Saint often simply hovered slightly above the ground while other times he soared over crowds throughout Italy for over 35 years. In fact, The Epoch Times clarifies the Church moved the priest from one church to another due to causing such a stir in the towns. He was reprimanded, but apparently couldn't control his flying. The Epoch Times states that some of the eyewitnesses included several cardinals, an unnamed pope, and the inquisitors sent to investigate the priest for canonization.

There are several explanations for what are known as spontaneous levitation. It's believed that most instances of levitation are spontaneous. Some causes include spirit possession as seen in exorcisms, poltergeist activity (usually inanimate objects), shamanistic act, transcendental meditation, and practitioners/masters of qigong. 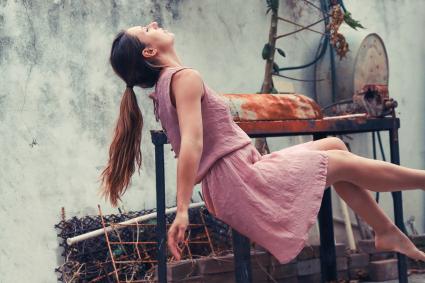 Reports of shamans levitating during ceremonies, healings and Tungus seances have existed ever since there have been shamans. In Shamanism: Archaic Techniques of Ecstasy, Mircea Eliade writes, "The shaman becomes 'light' and can spring into the air…"

The reality of spirit or demon possession and levitation are both controversial topics. So far, no one has filmed a possessed person actually levitating.

The Christian Post featured psychiatrist Dr. Richard Gallagher's account of a 39-year-old woman called Julia who levitated during an exorcism. Julia floated six inches in the air over the bed for nearly 30 minutes.

Art of Flying in Vedic Texts

Vedic texts, the Yoga Sutras of Maharishi Pantanjali, give a detailed account of the three stages of learning to fly. The first stage that most people have witnessed resembles cross-legged hopping. The second stage is defined as momentary hovering while the third stage is the ability to fly at will through the sky. 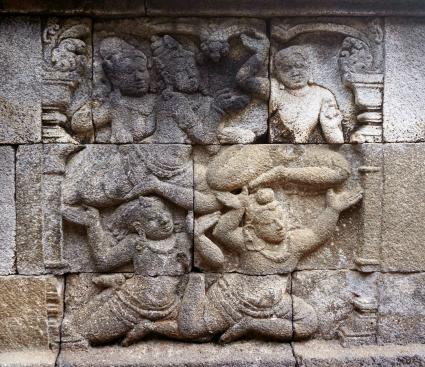 According to the Museum at Oglethorpe University in Atlanta, Georgia, Marco Polo reportedly was an eyewitness to Tibetan lamas levitating. The mysticism and ability to fly was so profound that Tibetan art depicted the flying/levitating events.

Whether it is a lack of ability or simply a wish to perpetuate the mysticism of levitating monks, street magicians that are supposedly monks have been seen in the streets of India for decades. The trickery is easily debunked once you know what to look for. The sage always has a cane or bamboo stick that he uses to anchor his crossed legged body to prevent him from floating away.

How the Levitation Trick Is Perpetrated

In truth, the cane is secured to the ground and thanks to the flowing monk-like garb, the control post that crooks out from the cane is concealed. This post travels the length of the monk's arm and descends his side to a narrow thin platform that supports the monk in his cross-legged sitting pose.

Diamagnetic Levitation Could Work on Humans

The theory of diamagnetic levitation states with a magnetic field strong enough, the technology would be able to levitate humans. The theory is based on the same one that was proved by levitating the frog.

Determining if Human Levitation Is Possible

Human levitation (paranormal) is at best anecdotal stories until there is documented scientific proof. This would require video footage and scientific experimentation that could duplicate and repeat the phenomenon. The various eyewitness reports of levitation describe spontaneous events that so far haven't been captured by video.