The ladybug is a spirit animal known for its positive message of good luck and power. You can better understand these messages when you explore the different symbolism of this popular spirit animal.

When the ladybug appears to you as a spirit animal, you can rest assured good luck will follow her trail to you. Chances are you have a desire or wish at the moment the ladybug wanders into your life. It's believed this spiritual messenger is there to deliver positive energy for whatever you are desiring or needing.

The ladybug has many meanings and symbolism throughout the world. Different cultures ascribe specific spiritual messages that the ladybug hosts. Depending on your culture and belief system, this tiny speck can deliver life altering messages of hope, luck, love, money, and many other things.

During the Middle Ages, the ladybug was referred to as Ladybird, Ladybeetle and/or Our Lady's Bug in reference to Our Lady (The Virgin Mary). The reverence for the ladybug was due to a vast infestation of aphids that farmers couldn't battle and prayed to the Virgin Mary for help. In response, a cloud of red beetles with black spots descended on the crops and ate the aphids, saving the crops. 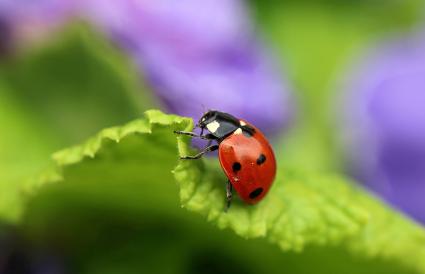 The symbolism of a ladybug in Sweden can mean a marriage. The Swedish folklore states if a ladybug lands on a young woman's hand, the bug is meticulously measuring the woman's hand for a pair of wedding gloves.

Meaning When a Ladybug Lands on You

If the ladybug takes such a liking to you that she decides to land on you, consider yourself blessed. Ancient folklore states the ladybug bestows good luck to you. This can be any type of luck whatever your heart desires, the ladybug intuitively knows and spreads her powerful luck directly to you by landing on you.

Message of Renewal and Revitalization

Ladybug symbolism holds the promise of renewal and revitalization. This can be taken as a literal renewal of self and/or surroundings. It more often refers to a more important renewal - one of spirit. If you've been feeling depressed, defeated or alone, the ladybug arrives to infuse vitality, encouragement, love, and hope.

Ladybugs May Grant Your Wish

Some people believe they can make a wish on the wings of a ladybug. All you have to do is make a wish the moment you see this red bodied bug with black spots. It's said if the ladybug flies off after you've made your wish, she has taken favor with you and granted your wish.

Another ladybug symbolism is one of change. This ancient belief instructs the person being visited to meditate or silently contemplate the ladybug. The person should perceive a sense of the ladybug's energy, either positive or negative.

When she takes flight, pay close attention to the compass direction. The direction of her flight supposedly marks the direction of the change. This could be something as simple as a visitor with good news hailing from that direction or it could be the direction of a negative change, such as a brewing storm. If you receive positive vibes from the ladybug, you can expect this change to be a positive one and vice versa.

Positive Power and Meanings of Ladybug

The ladybug is believed to be a messenger of positive energy. Some of these energies include the feelings of security and happiness. You can tap into the immense power of this tiny insect if you allow this spirit animal to connect with you on a soul level. If you're in need of a dose of courage and drive, the ladybug can deliver.

Sometimes a ladybug may find her way into your home. If you happen to find one inside your home, you should prepare for an unexpected windfall of money! 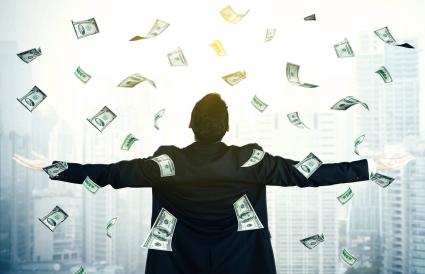 Some good luck symbols of ladybugs are founded in logic and facts. For example, gardeners and farmers view the arrival of ladybugs in their fields of crops ensures an abundant harvest. At first glance to this may appear be superstition. However, ladybugs are beneficial insects since they devour harmful pests to crops, such as aphids, white flies, mites, and other insects.

Some cultures believe the appearance of a ladybug means there will be good weather ahead. If you have more than one ladybug arrive in your life, then you can look forward to a long spell of good weather.

The ladybug symbolism is far reaching. Some believe if a ladybug lands on an ill person, the powerful ladybug will take the illness away from the person the moment she flies away.

The ladybug is such a powerful positive symbol, there isn't any negative symbolism associated with this insect. That is, unless you happen to kill one. This ill-advised act will quickly bring bad luck your way.

The ladybug is a beautiful and beloved spirit animal. Its positive power and energy are welcomed by those graced by her visit.