There are several reasons why your aura color may appear brown. Some meanings for brown auras indicate it may be temporary negative discoloration, indicate an issue you need immediately to address, or is a positive sign.

What Does a Brown Aura Mean?

When the color brown shows up in your aura, it is the telltale sign that you're experiencing something that is either positive or negative. Depending on the value and hue, you may need to take action to correct a brown aura, or simply acknowledge you've reached a specific level in your attunement to nature.

A person's aura is rarely all brown. The brown may show up in various patterns and in specific areas of your aura. Each brown color value has a specific meaning. By understanding the meaning behind the light to dark brown colors, you may be able to determine what is causing your aura to contain streaks, splotches, spots, or edgings of brown.

If is a negative energy, then you'll want to trace to the cause and work to clean your aura of this energy. However, positive brown energy often shows up in those involved in earth magic, earth healing or have attuned themselves to the energies of nature.

The positive brown hues are often seen in the emotional center of your abdominal region or solar plexus area or your heart chakra in your chest region. However, if you are connected with a spiritual energy as well as the root chakra (base of spine), you might see tinges of these brown values in the connector region between heart and mind, the fifth chakra, the throat chakra area.

If your aura has the brown color of coffee with cream, then it can be an indication that you are attuned to nature. The frequency of Earth energies and your auric field are in sync and you are benefiting from these grounding energies. The brown can be little more than splotch around the chakra center that has aligned with these energies.

Light yellowish tan reveals you are coming to terms with your emotions. This brown hue indicates you're ready to clear the pain from your aura and subsequently your life and move forward.

If your aura is a dark earth color or even a chocolate color, you may be highly attuned to earth energies. It can also be an indicator of an occupation that connects you to the Earth, such as a forest ranger or an herbalist, this color of aura is a positive energy source.

If the brown color has a negative meaning, it can be something that you find very disturbing, upsetting and disruptive. This may be an event, circumstance or issue. It could be something as simple as a negative thought pattern you need to correct, or something you experienced that was traumatic such as surviving a natural disaster. Whatever the cause, it is having such a negative effect on your life that it has manifested in your aura.

Brown Streaks or Tinges in Aura

Some of the brown seen in auras is streaks and tinges that mask or edge other colors. If your chakra colors reflected in your aura have brown colors, then you can investigate what that chakra controls and how it may affect you. This gives you information you can use to delve deep into your emotions and psyche if you don't know why you'd have negative emotions settling in that chakra or region.

Pale sandy brown can be a positive color often found in people who live an organized and purposefull life. However, it can also be negative if the color is prominent and overshadows all other colors. This can indicate a person with an obsessive behavioral disorder.

A powdery cream color aura can reveal an obstacle interfering with you achieving a goal. Depending where this brown color appears in your aura can help you identify the area of your life that where you're facing challenges.

If your aura has a murky brown caste to it, most likely you are having a difficult time emotionally and/or mentally of letting go of a past hurt. You should make note of the region the murkiness is settling in. 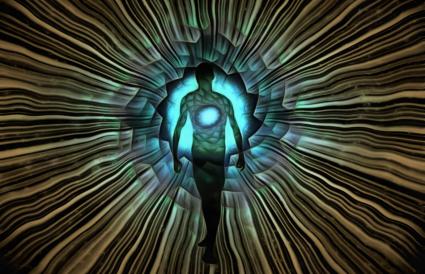 You will need to get in a meditative state and focus on the region where the brown color is showing up in your aura. For example, a dark brown aura color in the heart chakra might indicate a love problem or hurt emotions. You can heal these emotions by moving the energy through the lower chakras and back to the earth.

Ways You Can Cleanse Negative Brown Auras and Heal

You can cleanse your aura by forcing it through chakras. Chakras are like air scrubber plants are to home air. Once you've identified the region and the chakra that controls it, you can visualize moving the brown areas toward the lower chakras.

You can use any number of visualization technique to move the negative energy through your lower chakras and return it back to the earth. The key is to replace the energy with new energy from the earth.

Cleanse Your Auras With Crystals

You can use crystals that align with your chakra. The crystals will amplify the chakra energy to power it for cleansing your aura. You can even program crystals for this type of healing.

Cleanse Your Auras With Incense, Herbs and Essential Oils

Understanding Why Your Aura May Appear Brown

Aura colors are constantly fluctuating and changing, so a brown aura should be viewed as a temporary change, unless you are purposely working to connect with Earth energies. Once you understand why your aura is brown, you can decide if you need to cleanse it and the best method to use.