A secular witch casts spells and uses several tools, such as candles, herbs, essential or flower oils, crystals, and any other objects they may desire. The power behind their spellwork doesn't come from the witch, spiritual entity, or deity. It is the work of the magic itself that propels a spell and brings it into fruition.

Creation of Wicca and Covens

Around 1921, the Wicca religion emerged and created covens. Over the decades, many witches have joined covens for various reasons. However, a large number of hereditary witches still adhere to the tradition of solitary practice handed down to them from one generation to the next.

Some witches argue that a Wiccan can't practice as a secular witch since Wicca is considered a religion. At the same time, many Wiccans believe they can practice as secular witches the same way non-Wiccans can.

How to Separate Your Religion From Magic Practice

If you wish to separate your religious belief from your magic, you'll need to modify your spellwork to eliminate any religious references, symbols, or invocations. For example, if you're a practicing green witch who believes and invokes the power of gods and goddesses, you'll need to eliminate them from your craft in order to practice purely as a secular green witch.

Inability to Separate Divinity From Magic

This is the crux of many arguments that secular magic simply isn't possible for most witches. In these witchcraft practices, magic isn't viewed as a separate practice, but as a unified form of witchcraft, worship, and magic.

Path of a Secular Witch

A secular practice is possible, but perhaps it is best used outside defined witchcraft disciplines and practices, such as nature witch, hedge witch, elemental witch, and so on. A secular witch practice should then stand on the magic without any spiritual assistance or divine invocation.

How Magic Is Used

The path of witchcraft is typically enmeshed with the witch's spirituality and morphs into a way for the witch to achieve spiritual growth and/or follow a spiritual path. In addition, the witch's magic practice usually relies upon divine energies, especially spiritual or religious spirits to assist in the creation of magic. For this kind of witch, attempting to become a secular witch can feel like an impossible task.

Magic Can't Be Held by Rules

Many modern witchcraft practices stifle the creativity of witches. Some practices strictly follow the dos and don'ts laid out in these dogmas and guidelines. With so many rules and guidelines, it's very easy to miss the point of magic - it's indefinable. 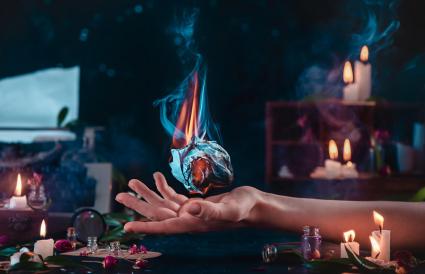 A secular witch's approach to magic enacts and invokes magic without the various customary props. In this form, magic should exist unto itself and be used as a separate form or entity. This removes all the extraneous trappings for anyone who seeks to use just the magic.

It is believed that any type of witchcraft you choose to practice can be performed as a secular witch. However, solitary witches may find secular witchcraft an easy transition depending on individual belief systems and the type of magic practiced. 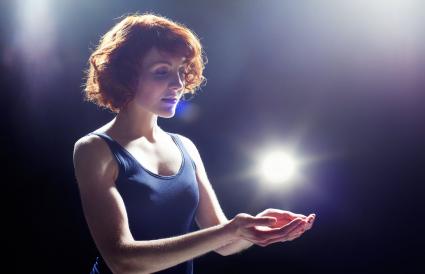 A solitary witch practice is a very personal and customized craft that doesn't follow the dogma of organized witchcraft, such as the Wicca religion or other Pagan belief systems. For these solitary secular witches, the focus is on individuality and bringing the magic into their practices.

Since solitary witches are extremely independent and aren't restricted in their practices by guidelines, they already explore the wonders and gifts of magic. They freely explore limitless magic, experiment with it, defy rules made up about it, and learn about it on their own.

Meaning and Viewpoint of a Secular Witch