Angels are described in Biblical text as being the messengers of God and are considered benevolent spiritual entities. There are several types of angels. The Bible states the number of angels is too vast to count!

Seven archangels are identified when Raphael describes himself as one of seven angels that serve God. The other six include Barachie, Gabriel, Jegudiel, Michael, Raphael, Selaphiel, and Uriel. Michael is the only one of these that is officially called an archangel in the Bible. He is referred to as one of the chief princes. Archangels often protect humans or bear messages to humans. Traditionally, archangels bring announcements to humans from God, such as Gabriel visiting Daniel on two occasions as well as on Annunciation Day when he visited Mary to tell her she'd bear the son of God. Michael, aka St. Michael, is called upon for protection against enemies, both human and demonic.

A cherub is an elusive angelic being, if in fact, the cherubim are angels. It isn't clear if these spiritual entities are actual angels. Some believe they are guards since God placed the cherubim at the gates of Eden to prevent the Adam and Eve from re-entering paradise. The Biblical Book of Ezekiel describes the cherubim as having two sets of wings. The text describes the cherubim with four faces, one of the cherub, one of a man, one of a lion, and one of an eagle. Some texts substitute the face of the cherub with ox and is a theological controversial exchange. Cherubs are God's throne bearers, classical artists stylized and romanticized cherubs as small angels to represent the love of God. 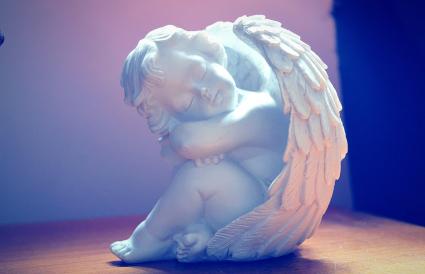 Biblical scholars debate if the Cherubim are actual spiritual entities or simply symbols of the Trinity of God the father, God the Son and God the Holy Spirit. The Cherubim have been depicted as chubby, infant-like, winged angels, but this representation isn't based on any Biblical or other religious writings.

Lucifer is the name of the angel that led the heavenly rebellion against God. Archangel Michael led God's army and defeated Lucifer and his followers. "Fallen angel" became a term used to describe the defeated angels when God cast them out of heaven. Lucifer's name became Satan or the Devil when he and his followers were condemned to an eternity living in the underworld of Earth known as hell. It's believed that Lucifer's interaction with humans is through temptation to separate you from God; his evil influences can take you down dark paths if you succumb to them.

Nephilim are considered the children of the sons of God and daughters of man. The sons of God are traditionally believed to be angels. Some theologians believe the Nephilim were giants, but others point to Goliath who wasn't called a Nephilim. This ungodly creation is said to be the reason God brought the Great Flood. Whatever they were, God desired to wipe out these abominations to his creation and wished to start over. Modern stories, such as the Giant of Kandahar, fuel the mystery of Nephilim as physical entities that still exist and certainly not a beast you'd wish to encounter.

The seraph is a tall angel reputed to sport six wings that allow them to fly super-fast. The Seraphim are considered spiritual beings of heaven. They stand guard at the throne of God. The name seraphim is said to mean burning ones. It's rare that a human sees a seraphim.

While you can encounter angelic beings that are either benevolent or malevolent, there are other spirit entities that aren't angelic and have more earthly purposes and desires.

It's debated among many religious scholars if demons are the fallen angels or if the demons are the offspring of the angels mating with human women. Demons are considered to be malevolent entities who tempt and corrupt humans in defiance of God's holy creation- humankind. Demons await opportunities to enter a human's life and are believed capable of possessing the physical body in their attempt to kill the human soul. You can recognize demons by using your higher self to discern if you're in the presence of a demonic spirit. 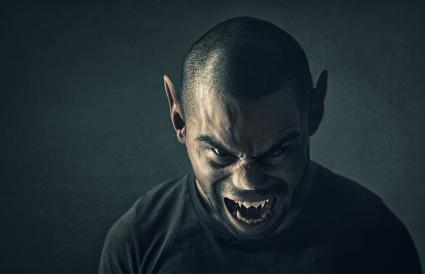 A nature sprite or elemental spirit doesn't have a benevolent or malevolent motivation. This spirit is a guardian over a specific element, such as water, fire, earth, and air. These spirits tend to the elements as caregivers under the direction of Mother Nature (spirit) and are usually invisible to the human eye. These spirits often let themselves be known by dropping a leaf or flower in your path or by invisibly fluttering about your head.

A fairy is a spiritual entity that isn't visible to most people. It is a miniature humanoid with a pair of wings. It's said to have magical powers and can be mischievous. Some are believed to be benevolent while others are considered malevolent. Fairies often leave gifts for those they like, such as a flower or a shiny bead or a piece of jewelry. If your personal items are misplaced, you may have fairy in your household or a poltergeist. Depending on the manner and nature of these visits, you can assess if the spirit is a fairy or harmful poltergeist.

A ghost is considered the spirit of a deceased person or animal. The apparition can assume any shape desired, such as a replica of what they resembled when alive or as a wisp of vapor or cloud. The ghost can either be benevolent or malevolent. Some ghosts are trapped by various ties to their earthly life that they cannot release to free themselves to move to the next spiritual realm. Ghosts tend to haunt those susceptible to seeing beyond this world. You may see their form briefly as a vapor or ethereal mist. You can summon a spirit through various methods, but should never attempt on your own. Instead, you should consult with a professional medium. 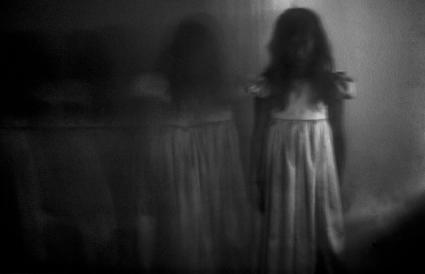 The Jinn or Genies are considered malevolent spirits capable of shapeshifting. Some stories involve humans knowing how to manipulate the Jinn to do their bidding. The Jinn in retribution delight in torturing and hexing humans, by creating chaos in their lives and physically harming them through disease, all manner of problems and diseases.

Orbs are believed to be spirits, often angelic, that manifest to deliver a message to the person seeing it. They can be any color, and over the centuries colors have been assigned meanings. Orbs can be seen with the naked eye and are often spotted during funerals, at special family celebrations, and to those gifted with psychic abilities. Some orbs are caught on videos and photos, but are often difficult to distinguish from dust spots and camera lens flares.

A "noisy ghost", the poltergeist has the ability to move physical objects. This type of spiritual entity makes its presence known with knocking sounds, electrical disturbances, moving objects, slamming doors, and other noisy ways. One theory is an adolescent's hormonal energy attracts a poltergeist, while other researchers believe the cause of such anomalies is the child's own chaotic energies.

A wood nymph is a tree spirit. It's believed that each tree has an assigned wood nymph that nurtures and cares for it. Nymphs in general are spirits tied to all forms of nature. You can sense wood nymphs or tree spirits when you focus on a particular tree while in a meditative state. Tree nymphs whisper in the breeze so faintly only the finely attuned intuitive can hear their words.

Different Types of Spirits and Ways to Identify Them

With so many types of spirit beings, it's often difficult to know which one you're seeing or sensing. By understanding if a spirit is benevolent or malevolent, you can better assess which type you're dealing with.

0
Comments
© 2006-2020 LoveToKnow, Corp., except where otherwise noted. All Rights Reserved.
Resources, Advice & Tips for Covid-19
Read More
Types of Spiritual Entities and How to Recognize Them