Understanding Chaos Magic and its various practices brings an appreciation for breaking down the barriers and walls that confine traditional magick. Magicians claim they find a new world of possibilities when they begin to practice Chaos Magic.

What Is the Goal of Chaos Magic?

Chaos Magic is often called results-based magick. The goal is to achieve specific results through the use of magic rituals, symbols, sigils, and other traditional occult practices.

Chaos magic emerged in England sometime during the 1970s. Occultist Austin Osman Spare (1886-1956), a popular British artist, is said to be the grandfather of this modern form of magic also known as success magic. This contemporary form of magic was created based partially on Spare's personal philosophy.

Use of Sigils in Chaos Magic

Austin Osman Spare used sigils that he believed would unlock latent talents within his unconscious mind. Spare believed he could use a form of trance medium painting to connect with forces beyond this world. The sigils he used were ones he created to bring about a desired result.

In the 1970s, English occultist author and publisher, Peter J. Carroll and occultist author Ray Sherwin carried Spare's theories forward. The two men created an organized magical system based on Spare's theories, dubbed Chaos Magic. While interested in solo magic, the two men were also interested in group magick. In 1978, they created an order they named Illuminates of Thanaterosas a way to express Chaos Magic.

When Carroll and Sherwin were pressed to teach Chaos Magick, Ray Sherwin wrote an article titled Chaos Magick. Sherwin wrote, "a magical concept which, by our own definition, could not be taught..." The theories behind Chaos Magic is that it is personal to the individual and/or group of magicians.

In Sherwin's article Chaos Magick, there is no Chaos Credo, but should he create one, he states it would read as, "I do not believe in anything. I know what I know (gnosis) and I postulate theories which may or may not enter my system of adopted beliefs when those theories have been tested."

Sherwin describes a person's belief in gods or demons as simply the beliefs of that individual and have nothing to do with Chaos Magick. He concludes, "I create and destroy beliefs according to their usefulness. In the words of the wise 'nothing is true, everything is permitted' - provided it interferes with no-one."

Chaos Magic is adaptable to the practitioner. Occultists often create their own type of magical system. They may mix old traditions with new ones. Some create their own brand of magic that represents their personal belief system or philosophical view of the world and life. Each either duplicates other sigils, create their own, or use a mix of both. It's this personalizing of Chaos Magic that leads to specific and desired results.

How to Use Sigils in Chaos Magic

You need a sigil that represents what you want. It is vital that your statement doesn't include anything negative. It must be a positive statement. Avoid words such as never, not, no, isn't aren't, don't, can't, etc. 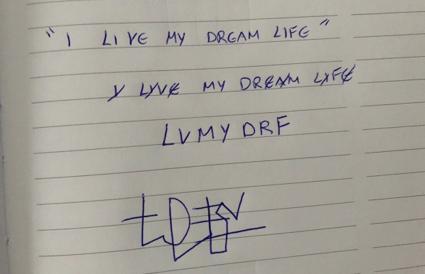 Examples of a Sigil Negative and Positive Statements

An example of a negative improper sigil would be, "Don't let the bank repossess my house." An example of a correctly formed sigil for this same desire, "I will always own my house." This example demonstrates your true desire and will. A few quick steps to create your own sigil include:

How to Charge Your Sigil

Once you create your sigil, you need to charge it just as you charge other magic object in a practice. For a sigil, you may opt to simply visualize your goal while holding your hands over the sigil. If you're using your sigil in a candle magic spell, then you may decide to carve it into the candle.

Goal of Charging Your Sigil

The goal is to charge your sigil with the energy of your desire so it attracts all energy to it. The charging basically turns your sigil into an energy magnet. The more energy you infuse into your sigil, the more powerful it will become in manifesting your desire. One you're finished, close the charging with whatever phrase you prefer. You might say, "So I desire, so it is."

There are a few ways you can activate your sigil. If you carved it into a candle for a magic candle spell, when you light the candle the sigli is activated and finished when the candle burns the wax all the way down. Another way to activate the sigil is what Spare suggested.

Forget About Your Sigil

Spare stated that once you have charged your sigil, you need to repress all memory of it and forget it. This allows your sigil to activate and the magical creation you intended can then go out into the cosmos where it can grow and have its own life.

Creating a Shoal of Sigils

Gordon White created a technique he dubbed as shoaling. Shoal is the word used to describes a large group of fish that swim together and move almost simultaneously. White uses this technique for a group of sigils related to the main goal. The theory is to use sigils for things that most likely will happen. In magic, it's believed that the energy of these probable happenings provide the main sigil the needed boost to materialize. 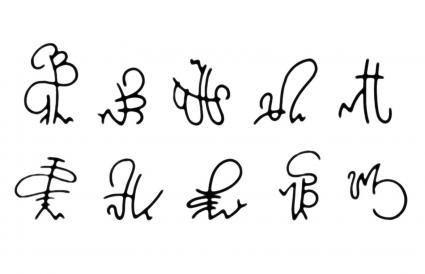 Example of Shoal of Sigils

The idea of the Robofish puts the sigil that is most likely to happen as the lead sigil for the entire shoal. This is the sigil you'll use for your lead one and build your shoal around it. The most likely sigil creates that vital pathway for the other sigils to follow and manifesting your main sigil. White points out that using a sigil you can control is idea.

Exploring Robofish for an Example of Buying a New House

In the example of wanting to buy a new house, if you know your credit is good enough to qualify for a loan, then put that out in the lead. If you need a promotion/raise to qualify for a loan and you just had a great annual review, put that as your Robofish. You can put something simpler as your Robofish that is related to your goal, such as completing a loan application. Choose the most likely sigil that will immediately manifest and designate it as you Robofish.

White suggests using a decisive action that is guaranteed to happen for the best Robofish shoal of fish results. A good example would be, call the loan officer first thing in the morning. You have direct control over making this sigil happen.

Cut-Up Technique to Use in Chaos Magic

If you prefer the written word, then you can use the cup-up technique developed by Brion Gysin and perfected by William S. Burroughs. This method is believed to give you a clearer magical practice absent of barriers. Cut-up for sigil:

Another cut-up magic practice is to cut-up a page from a manuscript, play, newspaper, etc. You can use this in your Chaos Magick practice.

Cut-Up Technique for Other Mediums

The cut-up technique can be used for other mediums, such as collages, photography, video clips, music, and audio recordings. The goal is to rearrange to generate that magical message that will provide you with greater insight and freedom to actualizing your desires and goals.

Books on How to Do Chaos Magic

You can learn more about Chaos Magic from those who created it. A few books by the founders of Chaos Magick and those who helped shape it can provide you with a greater understanding to use in your practice.

Chaos Magick is all about personalizing your practice. You can use sigils and cut-up techniques or you can create your own practices by eliminating boundaries the same way Austin Osman Spare did.