A green witch is connected in spirit with her surroundings and is attuned to nature spirits and elementals. She manipulates the power of earth energies, along with those of plants and wildlife for divinations, potions, healings, and magic spellwork.

Green Witch Definition of Magic and Ways It's Used

The journey of a green witch is personal and reflects her individuality and spirituality. A green witch's practice, like that of a hedge witch, is traditionally solitary. Historically, women are green witches, although men certainly can be a green witch.

What Is a Green Witch Grimoire?

A green witch creates her own grimoire often called a Book of Shadows. This serves as a journal to record her various experiences in her magic practice.

Things Included in a Grimoire

Some of the things a green witch grimoire includes are the locations of certain plants in the forest, various herbs she uses for remedies, and recipes for medicinal and magical purposes. She will also record the spells she creates, garden plans, record of planting times and harvest, and the vegetables, flowers, and herbs she grows. 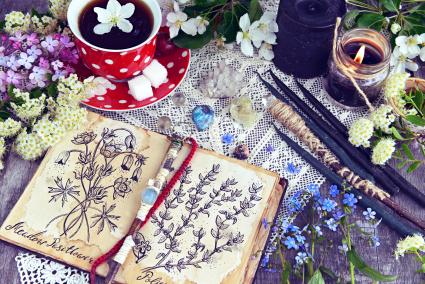 What Is the Genius Loci?

Since ancient Roman times, the genius loci has been regarded as the protective spirit that watches over you and your property. The genius loci is made of all the various spirits found within the land where the green witch lives. Ancient Romans made offerings on genius loci altars with various foodstuffs, plants, crystals, stones, and other natural objects to show their reverence and appreciation.

For a green witch, the green man isn't a mythological being found in 11th century church carvings as a symbol of renewal and growth. He is the personification of the forest spirits, that in later centuries became an elemental protector of the forest. Many green witches leave offerings of foods, herbs and flowers to this nature spirit and similar spirits.

These guardian spirits are found in all forms that include plants and elemental spirits. A green witch forms a strong connection with her genius loci by spending time communing with her surroundings. Through meditation and trancework, she bonds with her land and the spirits living there. 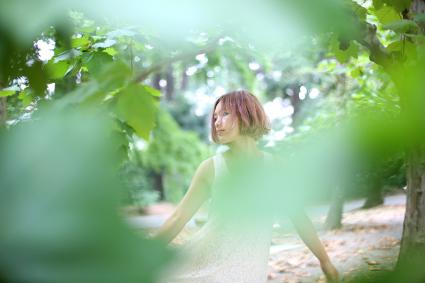 The Genius Loci Is Important to a Green Witch

A good example of a nature protector is the genius loci. For example, if you live on a farm, the genius loci is responsible for every plant and animal that lives on the farmland. Once the loci recognizes you as part of the land, you're included in its circle of protection.

A green witch lives in harmony with nature and is spiritually connected to nature spirits, water sprites, and elementals. The energies from these entities combine with her own powers to manifest all types of magical outcomes. The green witch's magic is a part of her essence and manifests from her intentions.

She only takes what she needs and always ask the plants for permission. If she takes a rock from a river, she will first ask permission and waits for the rock to consent. If it doesn't, she moves on to another rock until she finds one willing to exchange energy with her or be removed from the river to take place on an altar or as part of a spell or rituals.

A green witch grows her own food and feels nourished by the energy it delivers to her. She has an herb and flower garden that she spend as much time as she can. She practices a reciprocal energy exchange with nature through an abundance of love and care. She feels a deep connection to every plant and trees, instantly aware of the presence of their spirits. 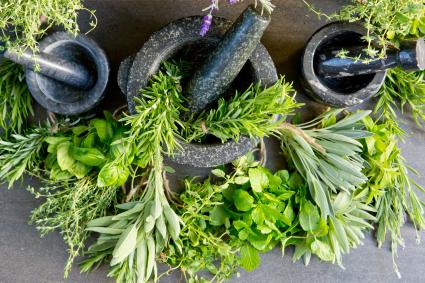 The green witch uses the healing energies of plants. She can boost the powerful effects of medicinal ones like herbs by infusing them with various earth energies, such as crystals and various natural objects. Much of this type of magical energy work is created by the green witch, often through direction of her spirit helpers and personal experimentations.

Besides their medicinal value, herbs and flowers can be used as gateways for spiritual energies to assist in spell work. The harmony created with the use of herbal essential oils and flower essences infuses nature power into a green witch's magic and healing powers.

Like a hedge witch, a green witch works closely with spirit animals for guidance and divination. The forest is a green witch's herbal pharmacy and energy source for everything she does. She draws energy from the earth and plants that often serve as chargers to renew her own energy levels.

Another magical elemental a green witch honors and often calls upon for assistance are fairies. She will make special places in her garden just for the fairies to have a respite, along with various offerings on a specially created fairy altar.

Traditions and Practices Are Personal for a Green Witch

While there may be certain traditions passed down to a green witch in ancestral and folklore magic traditions, she has the freedom to create her own work. The key to making green magic work is through intention and the exertion of free will.

0
Comments
© 2006-2020 LoveToKnow, Corp., except where otherwise noted. All Rights Reserved.
Resources, Advice & Tips for Covid-19
Read More
What Is a Green Witch? Traditions and Practices