Is Aquatic Alien Life on Earth and Other Planets Possible?

In the summer of 2019, well-known and highly respected National Geographic's director of photography, Luis Lamar of OceanX, made a short video where he described his encounter with an aquatic alien creature.

Soon after the video was uploaded onto YouTube, it disappeared and all links to it show an error that the video is no longer available. What did Lamar say in that short video that caused such an Internet buzz?

A couple of YouTubers downloaded the original video and have placed it on their channels. However, those have also disappeared from YouTube. International Business Times discusses the pulled video. Shot on a mid-sized boat on the water, Lamar states, "I think, in the ocean, I have come across potentially beings from another heavenly body that are more highly advanced than humans."

Lamar goes on to describe many unusual venomous sea snakes, chemosynthetic worms, sharks, and orcas. He then adds, "Some sort of, you know, hyper-advanced aquatic alien creatures inhabiting the shallow waters, which almost look like stingrays." Lamar says all this in a very matter-of-fact way and then describes how beautiful the underwater is. 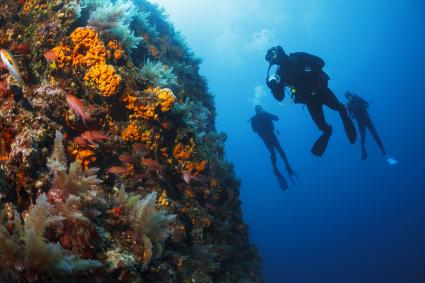 What Did Luis Lamar Mean?

Was Luis Lamar talking about actual aquatic creatures from another world, or was he using the term alien creatures as some skeptics claimed as a way to describe Earthly creatures unique to their environments? Was he telling viewers that what he'd seen wasn't extraterrestrial beings but something similar to the National Geographic documentary, Alien Deep with Bob Ballard?

If Luis Lamar was using the term alien in an non-extraterrestrial sense, then why was the video pulled off the Internet? Some speculate that Lamar had spilled the beans and removing the video was an effort to prevent the truth from coming out, only the cat was already out of the bag.

In 2009, the Russian Navy declassified several UFO records documenting encounters with alien life forms. One incident took place in Siberia at Lake Baikal. Known for its 5,000 foot depths, the lake has long been surrounded by tales of UFOs or more aptly USO (Unidentified Submerged Objects). 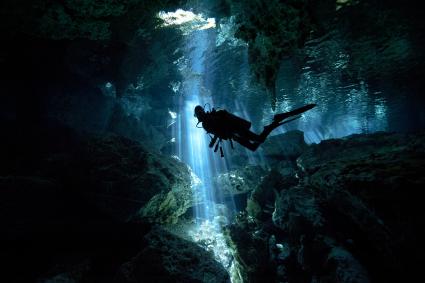 In 1982, Russian Navy divers were undergoing training in Lake Baikal when the divers witnessed several humanoid creatures at 160 feet deep. Perplexed, the divers watched the nearly 10-foot tall creature, dressed in tightly fitted metallic suits. The being wore a type of helmet, but showed no signs of a breathing apparatus. When the creatures noticed the Russian divers, they descended very quickly into the dark depths of the lake.

Upon the divers' report, another team was ordered to descend the depth of the lake and capture on of the alien beings. When the team descended and encountered the beings, they attempted to capture one in a net.

The aliens came to the rescue of their fellow comrades by shooting the Russian divers with what was described as a sonar waves weapon. This weapon rendered the Russians defenseless as they were catapulted toward the surface.

The divers suffered from the bends, but the military only had one decompression chamber available nearby. Unfortunately, the chamber could on decompress two people at a time. Those in charge decided to attempt to help the divers four at a time. Tragically, it's reported that three divers perished and one survived to suffer with life-enduring damage to his health.

Along with Aquatic aliens are the numerous reports of USOs disappearing into oceans and lakes. Other reports claim USOs shot out of the water and disappeared into the sky. This type of report is far more common than actual encounters underneath the water, with aquatic aliens swimming about the ocean's depths. 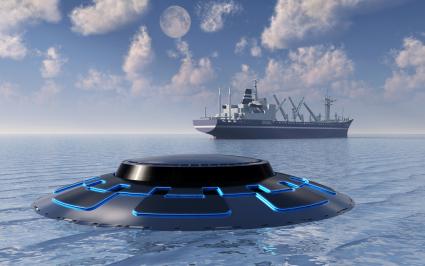 In 2013, Space.com reports NASA scientists hypothesized how aquatic aliens might evolve on other planets. Albeit, that life would be quite different from life on Earth. It was the discovery of exoplanets Kepler-62e and Kepler-62f, two worlds possibly known as water planets, 1.6 and 1.4 times larger than Earth that stimulated the speculation. 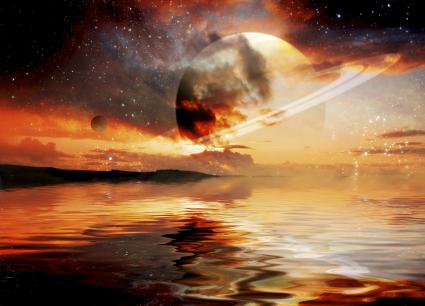 Life on Earth May Be From Alien Worlds

In fact, NASA's Ames Research Center team leader, Bill Borucki, speculated about alien life forms stating to Space.com, "We think, in fact, life [on Earth] might have begun there." The planets are 1200 light years from Earth, but Borucki didn't elaborate on how he thought life from those planets arrived on Earth.

What If Aquatic Alien Life on Earth and Other Planets Exists?

There are many possibilities when it comes to aquatic alien life form on Earth and on other planets. The exploration of the Earth's oceans might eventually present proof of aquatic aliens.