There are many beliefs about ancient Sumerians and their connection to the Anunnaki or Anunnaki aliens. You can explore the various theories to discover what ancient texts say of these mysterious gods.

Beliefs About Ancient Sumerians and the Influence of Anunnaki Aliens

The ancient Sumerians were far more advanced that other societies. It's believed that the Anunnaki gave the Sumerians great knowledge, such as the writing art known as Cuneiform, medicine, agriculture, architecture, astronomy, and many other skills and wisdom.

The Anunnaki were revered as gods who came down from heaven. They had extraordinary long lifespans. The History Channel's Ancient Aliens series in Season 6, Episode 3 discusses seven Cuneiform tablets discovered that are believed related to the Anunnaki.

Who Were the Anunnaki?

The Cuneiform tablets were dated to be from 4,000 BC Mesopotamia and contained a list of 140 Kings. It is written on one of the tablets that one of these kings reigned for 36,000 years! If the Anunnaki were aliens, then it appears their lifespans are far greater than some of the Biblical notables, such as Methuselah who lived 969 years and Noah who lived 950 years. 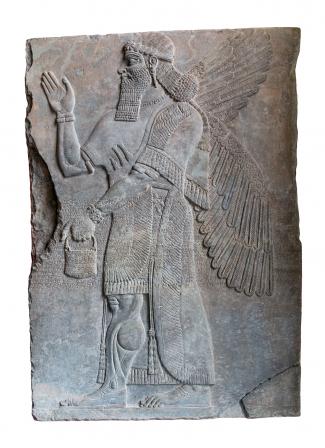 History told in ancient Cuneiform tablets tells of the Anunnaki who ruled over the Sumerians. They were called gods and said to be from the heavens. Ancient alien theorists believe the Anunnaki were in fact, aliens, who came to Earth to mine gold.

The Anunnaki were considered the offspring of God. They were said to be spirit being that could take human forms at will. Other stories declare them to be something other than gods - aliens.

The popular ancient alien theorist, the late Zecharia Sitchin, claimed to have decoded ancient Sumerian tablets that tell about the arrival of the Anunnaki from a 12th planet known as Nibiru. Scholars quickly condemned Sitchin's work as misinterpretations of the ancient Sumerian texts and noted many inaccuracies in his claims.

In spite of the scholarly ridicule, Sitchin found a vast audience for his theories. According to Sitchin, the monster-sized planet Nibiru, also known as Planet X, home of the Anunnaki, sits on the outer skirts of the solar system. Nibiru supposedly has a 3,600-year elliptical orbit of the sun. Sitchin believed whenever Nibiru neared the Earth's gravitational field it caused catastrophic events on Earth, possibly a distinction level cataclysm. 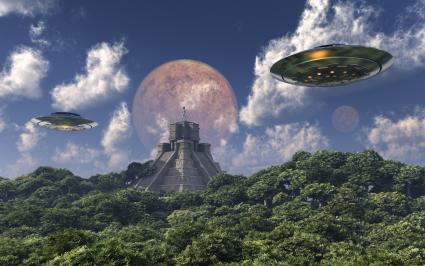 Disappearance of the Anunnaki

Sitchin also believed the disappearance of the Anunnaki was due to their planet leaving its near Earth orbit. He theorized that the Anunnaki would return to Earth when Nibiru once more came into orbit near Earth. In addition, he believed the return of Nibiru would herald disastrous earth changes.

The ancient alien theory states the Anunnaki genetically engineered the human species to basically give humans an upgrade. While their main priority was to create a slave race to mine gold for them, they also shared their knowledge.

It's theorized that the Anunnaki mined gold for their planet's atmosphere. The gold was used to create some type of shield to protect their fragile atmosphere. Earth's wealth of gold was highly prized and the Anunnaki needed greatly physical labor than they had.

Giants and the Anunnaki

Anunnaki and the Reptilian Race

Still, there are others who conjecture that the Anunnaki were a reptilian race that didn't return to their home world. Instead, the sent underground where they remain today. This version of the Anunnaki is malevolent and not the gods often depicted.

There are several theories and beliefs about the ancient Sumerians who many believe were created by the Anunnaki aliens. Others believe the Anunnaki were aliens who came to Earth to help advance the human race.