Raëlism is a belief that the Elohim were aliens who created Earth and everything on it, including humans. This belief is based on information Rael claims to have received from an alien visitor in December 1973.

Origin and Beliefs About Elohim Aliens in Raëlism

At the age of 27, Claude Vorilhon aka "Rael" was living his childhood dream of being a racecar driver and an automobile journalist. One morning drive to his office, Rael took a detour. Inexplicably drawn to an inactive volcano, Puy de Lassolas, he stopped his car and walked toward the volcano.

Close Encounter of the Fifth Kind

To Rael's surprise, a silvery bell-shaped UFO emerged from the sky and landed a few feet from where he stood. A trap door opened beneath the UFO and a staircase descended.

Rael described a four-foot-tall alien walked down the UFO ramp. To his surprise and relief, the alien looked human. The small man had white skin with a greenish tinge, large almond-shaped eyes, long black hair, and a small beard or goatee. Rael states the alien's face was full of love and peaceful.

Why Rael Was Chosen by Aliens

Rael writes in his free 414 page download Intelligent Design that the alien, along with others of his kind, had been watching Rael and decided he was the ideal candidate to be their spokesman. The aliens wished to educate humans about their true origins. The alien said his people were the past and explained that Earth humans were the future.

Rael was instructed to meet regularly with the alien to write what was dictated to him. In the end, Rael was to publish the alien's writings so all of humanity could understand who their true creators were - extraterrestrial human scientists called Elohim.

Elohim Mentioned in the Bible

According to Rael, the word Elohim is of significance since in Hebrew -im is masculine plural. This means that Elohim often considered to reference God, is literally translated as gods. Theologians believe the plural form used in the Bible is an exaltation of God being the true God of all things and is divine.

Rael was instructed to create a movement using the texts dictated to him by the Elohim leader as guidance. The name was designated, MADECH and stands for the Movement for Welcoming the Elohim, Creators of Humanity.

Rael set up MADECH and was its president until 1975. He writes that he resigned, feeling he needed to assist Raëlianism to evolve beyond MADECH. He wasn't concerned about the future of MADECH organization, confident it could manage without his guidance.

According to Rael, Elohim is the name given to him of the race that created humans. The Elohim conquered cloning technology thousands of years ago. He states the scientist leaders have been alive for 25,000 years through cloning processes. His contact refused to tell him where their home planet was located out of fear Earth humans might some day invade.

The Elohim scientific methods used didn't just recreate a cloned body. They also mastered the technique to transfer the memory and personality of an individual. The Elohim told Rael that humans, would soon develop this technology. With it, humans would be able to live 1,000 years. 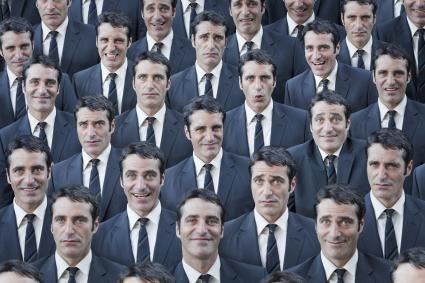 The alien that Rael met claimed to be the president of the eternals. These are the Elohim who are chosen to become immortal by virtual of their work. He then told Rael that it was he who had created Earth's humans.

The average lifespan of the Elohim people is supposedly over 10 times that of humans, meaning 1,000 years. When one of the Elohim reaches adulthood, between ages 18 and 21, the Elohim claims a surgical procedure is performed. This procedure extends their lifespans up to 1,000 years.

It's claimed the Rael attempted a cloning project. However, the Rael website states that the cloning project known as Clonaid is an independent project that Raëlian member Dr. Brigitte Boisselier manages. The site claims Clonaid isn't supported by Rael or the Raëlian Movement. However, The Clonaid website history gives a different version.

The Clonaid website states the first human cloning company, Clonaid was founded in February 1997 by Rael and several investors. The group created Valiant Venture Ltd Corporation and operated out of the Bahamas, until the investors pulled out due to moral and scientific outrage.

Rael Steps Down from Venture

In 2000, Rael disengaged from the company and project. At this time he turned all of it over to Raëlian Bishop, Dr. Brigitte Boisselier. Rael states he did this so she would have free rein to pursue her goal to clone the first human.

On December 26, 2002, Boisselier announced her team had delivered the first cloned baby in the Bahamas via a Caesarean section. The 7-pound, infant girl was named Eve. However, no scientific proof was offered to back up this claim and scientists around the world called it a hoax. Still, the website maintains the group has found living cells in a body four months after death!

The Raëlian Church is structured as a clerical church. Its doctrines teach nonviolence, peace. sharing, and democracy. Two of its groups have come under fire in their mission of so-called feminism since they seem to be the opposite.

Order of Angels is just for women. According to Susan J. Palmer's book Aliens Adored: Rael's UFO Religion, the women are to service the aliens when they visit Earth.

Rael's Girls is a group of women dedicated to the suppression of sex for pleasure. However, this group is made up exclusively of women working in the sex industry.

The Raëlian symbol is a configuration of the Star of David with a swastika in the center. Although the swastika is found as a symbol over 10,000 years ago and used by many cultures after. When it was used by the Nazis, the meaning became one of hate.

What Do the Elohim Want From Earth Humans?

According to Rael, the Elohim wish to fully bestow humans their birthright. The Elohim claim they were created much the same way they created Earth humans. They never knew their creators, but when their creators died, an orbiting satellite was triggered and landed on their planet. 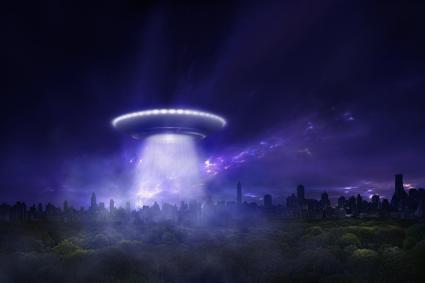 Birthright of All Scientific and Technological Information

The satellite delivered all the scientific and technological information bestowed to their creators and their creators before them, etc. Ultimately, Elohim require Earth humans to prove themselves worthy of receiving this heritage that includes the 25,000 years of knowledge the Elohim accumulated. This includes complete denuclearization of all weapons on the planet.

Beliefs About Elohim Aliens and How They Guide Raëlism

The belief system of Raëlism offers some people guidance about life in general. The religion also embraces the belief that Elohim alien beings created the Earth and human beings.