UFOs have been reported for centuries in various shapes and sizes, although it's only been in modern times that people have believed them to be alien spacecraft. From UFO-type sightings in the Bible to current-day unidentified objects, shapes reported in UFO sightings range from the classic "flying saucer" UFO to unusual and uncommon shapes.

Common UFO sightings have tens to hundreds of thousands of reports throughout history from people who have noticed strange objects and formations in the sky.

Perhaps the best-known UFO shape is the flying saucer, a disk-shaped object, often with a spherical "cockpit" in the center of the disk. Flying saucers have been reported by witnesses all around the world in modern times, and the shape of craft is associated with sightings and events such as the suspected crash of an alien craft at Rosewell, New Mexico in the summer of 1947. Just a few weeks before the Roswell crash came the first modern report of a flying saucer, and it was a media misunderstanding that caused people to coin the phrase "flying saucer." The sighting occurred in Washington State near Mount Rainier. A private pilot flying to Oregon spotted multiple flashes of light in the sky. And while the pilot who witnessed the phenomena described the lights as "like a saucer if you skip it across the water," the press reported he had seen a flying saucer. Thus the name - and shape - for alien craft was born. And while the witness may not actually have seen an actual saucer, others report that is exactly what they've seen. One of the more credible flying saucer sightings occurred in 2006 at Chicago's O'Hare International Airport. Pilots and ground crew noticed a dark gray, spinning, Frisbee-shaped object in the sky. Commuters on nearby freeways also saw the object, which hovered over the airport.

Because so many UFO sightings occur at night when the sky is dark, eyewitness UFO accounts often are of lights or light formations versus a distinct UFO shape. For example, many of the reports about the infamous Phoenix Lights incident in the 1990s were indistinct reports of lights in a triangular or v-shaped formation hovering silently in the sky and moving both slowly and quickly in formation. Other reports of light formations include sightings of orange lights, flashing colored lights, bright white lights moving in strange patterns, and more. And while there are many natural and logical explanations for such patterns of lights, such as flares, drones, ball lightning, gaseous emissions, and more, what separates UFO reports from these phenomena is the formations the lights take and how the lights move and behave - moving with purpose and direction, traveling at extreme rates of speed, morphing, or disappearing from one place and reappearing in another.

Spherical and circular shaped UFOs are the most common UFO shape reported. The National UFO Reporting Center (NUFORC) receives regular reports of unidentified spherical objects in the sky on a near daily basis from all across North America. The spheres reported come in a variety of colors, many of them metallic, and their behaviors are reported as hovering, darting, moving rapidly, changing direction on a dime, and more. Logical explanations may include things such as misidentified balloons or planets. 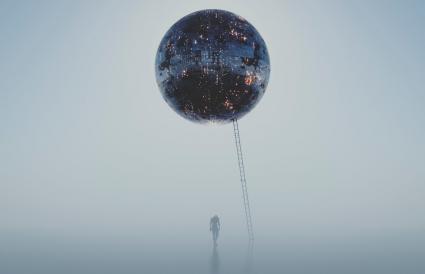 Triangle-shaped UFOs and pyramid shaped UFOs are surprisingly common. Some of the most well-known UFO sightings feature black triangle UFOs, and reports of possible alien craft in a triangular shape actually started as early as the 1500s in Nuremburg, Germany. Black triangle UFOs also featured into the famous Phoenix Lights mass sightings of the 1990s, as well as in a series of UFO sightings that occurred in Belgium starting in 1989 and extending into the early 1990s.

V-shaped or boomerang shaped UFO sightings are common, but many people believe that due to the similarity in shape between these unidentified craft and experimental military planes, the sightings can be explained away as people witnessing test flights of experimental earthly military aircraft. Sightings of these types of UFOs occur in more places than North America, however. Witnesses across multiple continents and around the world have reported seeing either v-shaped unidentified flying craft or formations of lights that remain in a v-shape.

Another class of UFO shapes is the blimp-shaped UFO, which has multiple descriptors including being shaped like a Tic Tac candy or a pill, a cigar, or even a blimp. For example, in 2004, members of the US Navy in the USS Nimitz carrier group reported seeing (both visually and on radar) a Tic Tac shaped UFO that moved both underneath the sea and up into the sky during a combat exercise off the coast of California. This is a well-documented incident with a blimp-shaped UFO, which was captured on Department of Defense video as well. Reports of cigar-shaped objects that hover, dart, and change directions quickly all while being extremely quiet are reported to NUFORC from all across North America.

Sightings of unidentified fireballs in the sky are common. The problem in identifying them as alien craft, however, is that a fireball could easily be a misidentified meteorite, lights from a plane, fireworks, and other phenomena that provides logical explanations. One of the first known alien abduction stories, the 1961 alien abduction of Betty and Barney Hill, started with the couple seeing a vivid blue light in the sky before they were reportedly taken aboard an alien craft. In 2019, residents in Chile in South America witnessed multiple red glowing fireballs streak across the skies that weren't meteorites. The objects reportedly sparked fires when they hit the ground, leading scientists to hypothesize that the fireballs may have been pieces of space junk re-entering the atmosphere. However, the source of the fireballs remains unknown, leading many to speculate they were alien craft. NUFORC receives frequent reports of fireballs in a range of colors all across the United States and North America.

Less common shapes are also sometimes reported in UFO sightings, although not nearly with the frequency of the shapes in the previous section.

Some UFO eyewitnesses report seeing unidentified craft in the sky that morph from one shape to another. For example, Mutual UFO Network (MUFON) reports a 2017 incident in New Mexico in which a witness observed an indistinct gray shape hovering in the sky that appeared to fold back into the sky and then re-emerge as a boomerang shape. Eyewitnesses in the UK have also spotted what they describe as a shape shifting UFO in the skies.

While the Borg ship in Star Trek was cube shaped, eyewitness reports of cube or rectangular shaped UFOs aren't super common, but they do exist. For example, in 2019, a UFO hunter reported noticing in NASA images a cube shaped object darting out from the sun with an energy trail behind it. Likewise, a witness in Idaho reported to MUFON seeing a cube shaped UFO in June of 2018. 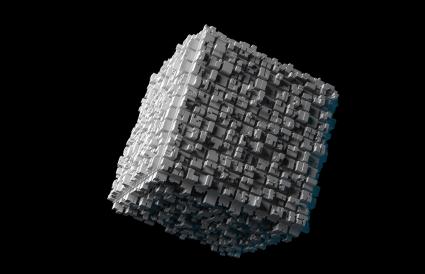 Cross shaped UFOs tend to be fairly controversial, especially since many drones from a distance can appear to have a cross shape. However, NUFORC receives a handful of reports of cross-shaped UFOs across North America each year.

UFOs of all Shapes

Other unusual shapes and formations sometimes reported as UFOs include teardrops, dumbbell shapes, chevrons, and diamonds. And just because people can't identify these flying objects, it doesn't mean it's an alien craft. Rather it is something strange that someone has seen in the sky which currently has no explanation. While it's important to avoid labeling something as alien craft without sufficient evidence, it's certainly interesting to spectate what all of these shaped UFOs are.