Reptilian aliens' creepy background and reported abilities is the stuff horror scifi movies are made of. The tales of these creatures are many and include disturbing details about their strange habitats and habits.

The reptilian race is said to live in underground bases often shared with U.S. military/government. There are numerous stories about their appearance and nefarious agenda for humankind.

The reptilian aliens are reported to have a humanoid appearance, such as walking upright. These beings are said to be muscular and stand between six and seven feet tall.

Reptilian aliens are said to have supernatural powers. These powers are said to be how the reptilians have gained control over the government.

The most prominent reptilian alien power is shapeshifting. Self-proclaimed eyewitnesses state reptilian aliens can shapeshift into any form. This is said to be the way they infiltrated the United States government.

It's reported by those who claim to be abductees that the reptilians are psychic. Their telepathic abilities means they control their human preys' minds. Paul Schroeder (UFO Digest) writes that reptilian aliens are predators who replace abductee memories with the memory of a nightmare.

Black Ops contractor, geologist turned whistleblower, the late Phil Schneider claimed that the reptilian aliens lived in underground bases. He also stated the Reptilians ate humans and drank their blood. He stated the human adrenaline has a drug effect on the Dracos.

David Icke is known for his Reptoid or Draco reptilian alien theory. Icke believes the Reptilian aliens, Dracos, are from the constellation Draco and govern the Earth from their base in the fourth dimension or from the moon, which he declares is a hollow base. 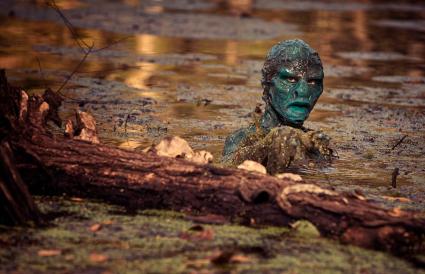 These beings are also known as Archons. The Reptilians created an Archon hybrid race using human DNA. These hybrids are called the Babylonian Brotherhood.

The Brotherhood, according to Icke, is also the Illuminati or elite population that controls the global wars and economy. Icke claims these crises are designed to keep humans in perpetual fear, so these inter-dimensional Reptilians can feed off that energy. Anger is also another emotion that is used as food for Reptilians.

However, the late Phil Schneider held multiple events where he described his experiences with Reptilian and other types of aliens as a government security clearance Level 1 while building DUMBS (Deep Underground Military Bases). He stated the alien agenda is the decimation of the planet's population by 2029, so the aliens can take over and enslave the remaining population. He also stated the Reptilian aliens harvest the glandular secretions of humans and animals for nutrition. The adrenal gland is especially favored since it provides the aliens with adrenochrome that is like cocaine to them.

Many believers in the Reptilian alien agenda point to world cultures as proof of their existences. The mythologies of these cultures describe Reptilian gods and demigods.

In eastern cultures, reptilian humanoids are depicted in art, architectural reliefs and ancient texts. These being were half human and half snake. The snake people are commonly mentioned in ancient texts. Many of the stories tell how these snake people could shapeshift into total human form or snake form. 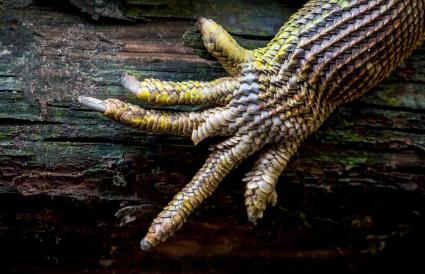 The Anunnaki from Nibiru

The Anunnaki of Sumerian ancient text stirred the late Zecharia Sitchin to investigate this ancient race. According to Sitchin, the reptilian aliens genetically manipulated humans to create gold mining slaves. Sitchin claimed the Anunnaki were from the planet Nibiru.

Indian Sanskrit text talks about the snake people, Nagi (plural). Indian art, monuments and temple reliefs depict snake people, the Naga (aka cobra). These beings lived in ancient Sri Lanka. Gods, demigods of half human and half serpent beings that resided in the netherworld. They often shapeshifted into humans. The Naga snake people are also found in Cambodia, Malaysia, Philippines, Indonesia, Laos, Thailand, and Java art and text. 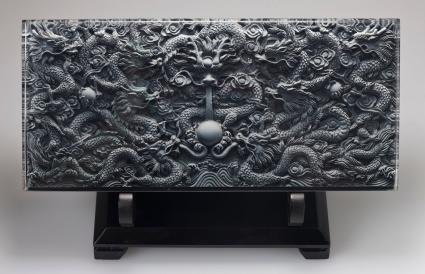 How to Recognize Reptilian Aliens

Some people believe the Reptilian aliens are more spirit than flesh and blood. In this form, the Reptilian can possess those who are descendants of their genetically altered bloodlines. A few of the ways to recognize this type of Reptilian include:

Tales of the Reptilian aliens are found in ancient texts throughout the world. Examining these stories reveals the Reptilian race's background and why they are on Earth.