Examining Scientology's core beliefs about aliens results in conflicting information. One source comes from the Church of Scientology, and the other sources are a mix of media reporting and past Scientology members.

According to the Scientology website, Scientologists don't believe they are descended from aliens. The church website states, "Some of the information one finds on the Internet concerning Scientology religious beliefs is a mixture of misstatements, distortions and outright lies designed to twist Scientology theology."

Under constant attack over the decades, Scientology defends its religion by stating some Internet information about their belief systems are incorrect and accuses an Internet fringe that is intentionally trying to undermine and ridicule its members.

The Scientology doctrine states it's a religion that provides a path to understanding your spiritual nature. This provides a reflection on your relationships that includes, all life forms and both the spiritual and material universes as well as the Supreme Being. 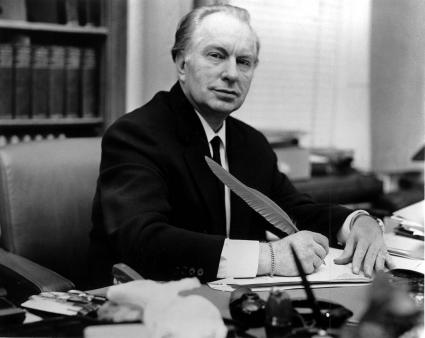 The Scientology beliefs are based on humans being immortal spiritual beings, humans living more than once, past life trauma may can create issues in your current life, and human abilities are unlimited. Hubbard's doctrine created a method for ridding the soul (thetan) of these issues through what he named an audit.

Does Scientology Believe in Aliens? 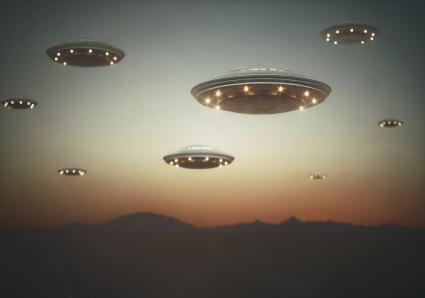 Science fiction author, L. Ron Hubbard had a somewhat brief friendship with rocket engineer, JPL (Jet Propulsion Laboratory) Jack Parsons with both men sharing their connection with the Magick teachings of occultist Aleistar Crowley and the new religion Crowley created, Thelema. It's believed that Hubbard's connection with Parsons and Thelema inspired Hubbard to create the Church of Scientology. Hubbard's teachings and doctrines express his ideology and belief that spirits/souls of ancient aliens attach themselves to humans. Hubbard calls these alien spirits, Body Thetans (BTs).

Hubbard's Scientology doctrine further explains how the BTs ended up as tortured spirits seeking hosts. An essay submitted on the Carnegie Mellon University website presents a condensed version of Hubbard's BTs and their torturer, Xenu. According to Hubbard, Xenu wielded a multi-planetary reign as a galactic overlord.

Xenu and History of Earth

The supposed Scientology doctorine of Xenu explains how aliens came to Earth 75 million years ago and is centered around a devastating past. Hubbard claimed that evil alien overlord, Xenu, needed to depopulate the 76 planets under his rule. Hubbard called this happening, Incident II. This depopulation initiative involved 22 planets.

Xenu rounded up billions of aliens, placed them in a frozen stasis, flew them in spaceships to Earth (Teegeeack), and dumped them there. Next, he planted hydrogen bombs in the Canary Islands and Hawaiian Islands and killed all the aliens he'd offloaded onto Earth, along with the planet's inhabitants.

Xenu wasn't through with his evil plan. The alleged Scientology doctrine explains how Xenu created traps for the souls of his victims and replaced their memories with false ones that included various religious beliefs. It's reported that Hubbard felt religion was part of the trap Xenu set to ensure the alien souls were never free.

When Xenu set off the bombs, the alien souls were released, but they were still imprisoned through their false memories. The alien souls began to form clusters. Since they were unable to move on beyond the Earth plane, they attached themselves to humans. Hubbard believed the aliens influence their human hosts through the aliens' false religious ideologies. 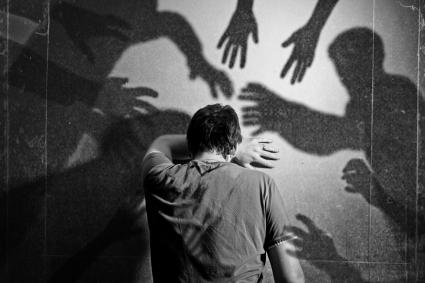 Hubbard's teachings include OTs which are Operating Thetan. A thetan is what the alien souls or spirits are called. Hubbard wrote, "One's body is a mass of individual thetans stuck to oneself or to the body." He also wrote that thetans believe they are one entity or spirit (a cluster).

Hubbard's teachings claim an Operating Thetan is capable of acting separated from its physical body. By evoking its will, the thetan can altar events and cure physical and mental disorders/illnesses.

One famous whistleblower, actress and former Scientology member, Leah Remini shared her reaction to the Xenu story with Vox, saying she asked if they were nuts! The Church of Scientology created a website designed specifically to counter her A&E TV series, Scientology and the Aftermath.

Business Insider reported that Hubbard claimed he'd healed his war wounds using his auditing clearing method. However, author Lawrence Wright's research on Hubbard's military service and subsequent injuries as well as his many medals were all faked. This revelation, according to the Wright, cast a disturbing light on the entire Xenu theory and clearing/audit processes.

In response, Scientology officials said Hubbard's military covert activities were disavowed by the military and was the reason no documentation of his injuries or medals can be found.

Cloaked in secrecy like a hidden truth, Scientology's core beliefs about aliens are accessible to all members. According to former Scientologists, this information is only available to those who advance in their clearing through audits to undertake OT3.