The unique sightings of snake-like UFOs are seen around the world. Many witnesses and UFOlogists these objects are organic based on the way they move in the air, while others believe a more rational explanation is the most logical.

The witnesses of snake-like UFOs state the elongated tube-like objects are extremely long and large. The UFOs are black, gray or white. A few seen in Mexico are multi-colored. Some snake UFOs are seen in groupings that writhe into various shapes, much like a snake moves. Other sightings are of a lone snake UFOs. This strange, unusual type of UFO has been seen for at least a decade. Are they a new type of UFO, real snakes or something manmade?

In a YouTube compilation, five snake-like UFOS are revealed. These objects were witnessed in the United States and Ireland. Other videos have been made of similar snake-like UFOs.

A reddit member vinker1 posted a snake-like UFO video her daughter took outside a hotel in Kissimmee, Florida, on February 10, 2020. The hotel was located near Polynesian Isle Blvd. The video was made around 4:15 pm.

Some of the reddit user comments suggest the snake UFO is actually a rocket launch. This is a popular deduction since launches take place regularly at Cape Canaveral that is only about 50 miles.

The short video shows a glowing snake-like UFO backdropped by a dark cloudy sky. The object is a shimming white that seems to expand with several pulses of light. The UFO then begins to ascend and appears to vanish.

One YouTube video features various snake UFOs recorded throughout Mexico. The narrators describe how white disc UFOs often accompany or lead the snake objects through the sky. The narrators describe how they have occasionally observed the disc UFOs being ejected from the snake UFOs. They admit they don't know the how or why of the process but speculate the snake UFOs provide some form of access, similar to a wormhole or portal.

According to The Journal of Experimental Biology, some snakes in the rainforest of Southeast Asia can actually fly nearly 100 feet by slithering in an S-shape. To find out how these snakes can literally fly from one tree to another, a scientific team printed a 3D model.

The team used water since it can have a similar effect as air. In the experiment, it was discovered the snake's body becomes an aerodynamic surface. The snakes generate lift through movement by stretching their bodies to form a circle or semi-circle. In the snake UFO video from Mexico, the snake-like UFOs make undulating and circular movements in the air.

A Possible Explanation of Snake-Like UFOs

In searching for explanations for the increase in snake-like UFO sightings, some theorists believe it's simply a case of misidentification. Solar bags are a popular inexpensive teaching tools to explain the power of solar energy. These snake-like bags are available in 25' and 50' lengths. 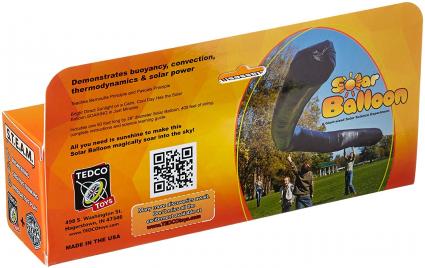 Students fill the black bags with air and watching as the sun heats the air and bags begin to rise. According to the Steve Spangler website, they tested a few solar bags to see how high an untethered bag could rise. The result of their experiment was 120,000 feet.

Some researchers believe the snake UFOs are sometimes accidental anchor strings breaking under the force of the wind currents or intentional release to perpetuate a hoax of snake-like UFOS.

Waves of sightings describing snake-like sightings appear to be on the rise. More videos and photos seem to substantiate the claims of these eerie types of UFOs.