The iconic father of UFO talk radio, Art Bell, host of Coast to Coast AM, had a personal encounter with a triangle-shaped UFO. Living in Pahrump, Nevada, just outside Las Vega, Art and his wife Ramona were driving home when they spotted a huge triangle-shaped UFO hovering over the road in front of them. Art claimed each side of the craft was around 150 feet long. Each of the triangle points featured bright lights.

Turning off the car engine, the Bells sat watching as the UFO moved silently almost as though floating toward them and over their vehicle. Art later reported to his fans on the radio how the craft didn't appear to have any type of propulsion as it moved slowly over their car before heading across the valley. Art Bell's story of his encounter with a dark triangle UFO was typical.

According to Mystery Wire, a website dedicated to UFO reports sighted near Area 51, one eyewitness, Cateland White, reported seeing a triangle UFO in the daytime. In an interview video with Mystery Wire she states the UFO was huge but moved very slowly. She explained how she attempted to warn Nellis Air Force Base that the object was headed their way, but her call was met with a terse response. She was abruptly told to forget she'd seen the UFO and not to discuss it further with anyone.

A wave of triangle-shaped UFO sightings plagued Belgium during November 1989 and March 1990. F-16 fighter jets were sent to intercept. The History Channel describes how the March 1990 sightings were documented by military radar stations. When pursued by F-16 fighter jets, the UFOs accelerated, leaving the jets far behind. 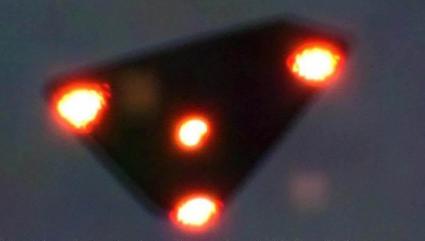 The Belgium triangle UFOs were tracked by radar. Mystery Wire states the UFOs were believed to be the US secret jet Nighthawk Stealth Fighter F-117. These jets were first operational in 1982 but their existence wasn't made public until 1988. 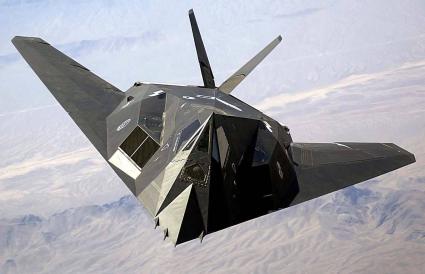 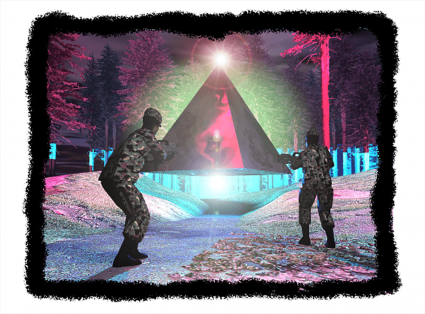 The forest is located just outside RAF Woodbridge in Suffolk, England. The US Air Force (USAF) leased the base during the 1980s. Penniston and Burroughs encountered a pyramid shaped UFO that had landed in Rendlesham Forest.

Penniston was fascinated by the glyphs along the sides of the Pyramid. He ran his hand over the craft and immediately had images of computer code flood his mind. USAF deputy base commander Lieutenant Colonel Charles I Halt later went into the forest to investigate what the men reported and encountered numerous UFOs appearing to be searching the area.

Today, a UFO trail can be followed in the forest that takes the visitor to the spot where the pyramid UFO was seen. A model of the pyramid UFO along with the various outer markings Penniston drew in his notebook stands as a monument to the incident.