The superstitions surrounding Halloween began thousands of years ago with Celtic Samhain, an autumn festival during which people believed the dead could visit earth. Many of today's Halloween superstitions on this list arose from older beliefs and provide a spooky window into the past.

1. Carry a Jack-O'-Lantern on Halloween to Keep Ghosts Away

Halloween is the night when people carve jack-o'-lanterns and light candles to keep away the darkness. This superstition may have begun with the Celts, an ancient culture known for magic and divination. The Celts were also headhunters who believed that by taking the head they were also getting the soul, and they displayed their grisly trophies to frighten away evil spirits. Although the Celtic tribes disappeared, the tradition remained in the form of jack-o'-lanterns.

In England and Ireland, "heads" were carved from turnips and set out on windowsills during harvest time to keep the house safe. When millions of Irish emigrated to the US in the 19th century, they used the more colorful pumpkin for their lanterns.

How Jack-O'-Lantern Got Its Name

One story about how the "jack-o'-lantern" got its name says that Jack was not a good man, and he was turned away from Heaven. But after he arrived in Hell, Jack was so annoying that the Devil gave him a lantern and sent him wandering forever. Today's carved pumpkins are a reminder of Jack's unending journey.

2. If You See a Black Cat on Halloween, a Witch Is Nearby

Halloween stories, postcards and decorations depict the superstition that black cats are bad luck and witches are evil, but a deeper look reveals a very different story.

For thousands of years, women were thought to be able to communicate with the spirit world. In ancient Egypt, goddesses such as Isis and Bastet were worshipped for their skills in magic. Bastet was the protector of homes, cats, and fire, and statues of black cats decorated her temples. So, magic, women, and black cats were connected from early times, but it wasn't until centuries later that people accused women of dark witchcraft.

3. If You Want to Know Your Future, Ask on Halloween

The ancient Celts believed that October was when the spirit and physical worlds drew close and one's fate might be learned by fortunetelling. Farmers wanted to know about crops and weather, and women wanted to know about marriage and children. Because Samhain, and later Halloween, took place at harvest time, fruit and nuts were used as part of the ritual. Apples were especially popular since they had been associated with gods and goddesses for thousands of years.

4. To Be Safe From Ghosts on Halloween, Treat, Don't Trick

No Halloween is complete without a ghost or two, and many homes display lawns, trees, and walks decorated with white-sheeted figures. It may all be done in fun, but haunted Halloween goes back to when the Celts believed that spirits traveled between worlds on Samhain. Bonfires were lighted to attract spirits while also keeping them away from homes. 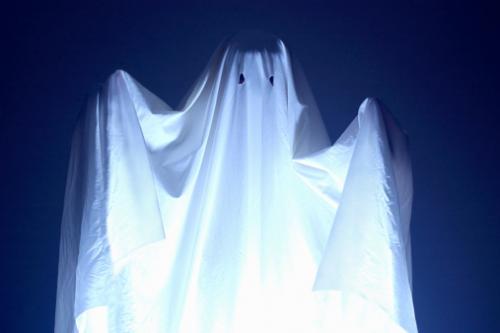 Today's Halloween celebrants enjoy ringing doorbells, screaming "trick or treat," and using noisemakers and fireworks to enliven the night. The tradition started thousands of years ago when celebrants used noisemakers to frighten off spirits. Kids used pan clangers (small pans with strikers), ratchets (which sound like winding a clock), and bull roarers to scare each other and evil.

Some of this comes from Guy Fawkes Day or Gunpowder Treason Day: on 1605, a plot to assassinate King James I was uncovered and leader Guy Fawkes, was captured and executed. Londoners celebrated the king's deliverance with fireworks, which Halloween celebrations eventually borrowed to add more noise to the night.

6. Wear a Halloween Costume to Be Protected From Evil

From ancient times on, wearing a disguise has been a way to avoid evil spirits by fooling them into thinking you are someone else.

7. Stand at a Crossroads to Hear Your Future

Crossroads are powerful symbols: they represent a place between worlds where the devil rules and where a man can sell his soul. Burials of thieves and suicides took place at crossroads so their ghosts couldn't figure out which road led back home. And at Halloween, if you stand at a crossroads, the superstition states that the spirits who are traveling the earth that night will whisper your future.

There are many superstitions based on Halloween, and whether you believe in them or not, few people want to invite the attention of ghosts and bad luck. So when Halloween comes around, always carry a lighted pumpkin: after all, you never know what's just around the corner in the dark.