Edgar Cayce prophecy maps indicate that polar shifts and weather patterns will change the geography of the world as we know it. His readings that prophesied these changes have spawned all kinds of speculation on future disasters and apocalyptic events. However, according to Edgar Cayce's A.R.E. (Association for Research and Enlightenment), the actual readings for Earth changes were relatively few in comparison to the massive body of his readings.

According to the Edgar Cayce Earth changes readings, there were three kinds of changes that should be expected in the future. These included:

Many scientists, researchers, and investigators have attempted to define a single event or cause for the changes currently happening around the world that make natural disaster a common everyday occurrence. Edgar Cayce's predictions give a single cause. The A.R.E. website states, "There are predictions of temperature changes in the deep waters which impact weather patterns, earthquakes, pole shifts, and volcanic eruptions."

In reading 195-29 given in May 1926, Cayce was asked how weather patterns would impact future wheat crops. Cayce described changes that cause the Pacific Ocean's deep currents to run warmer than normal. This pattern is known as El Nino (discovered by fishermen in South America hundreds of years ago). La Nina causes the ocean currents to turn colder. These weather changes occur every three to seven years, but there's currently no technology that can forecast when the next one will occur.

Reading 195-29 in May 1926 was concerned about a solar theory report written by Herbert Janvrin Browne and published in the January 15, 1926, Long Range Weather Forecast that hypothesized that solar radiation was responsible for climate changes. In response, Cayce said, "…emphasis be placed in the condition of density, or population, combined with the solar conditions to bring about certain changes in the sea and the currents…"

Cayce went on to indicate that the rising ocean heat is directly related to the size of sunspots. He was emphatic that it was the reflection of the sun in the earth's atmosphere and not the sun's radiation that causes the currents to grow warmer.

The A.R.E. connects an episode called The Magnetic Storm from the television show Nova to a prophecy Cayce gave in reading 826-8. On the show, scientists discuss the magnetic force field that protects the Earth. This field is generated by the Earth's molten core of liquid iron some 2,000 miles beneath the surface. This magnetic force protects the Earth and every living thing from radiation storms that regularly sweep across the planet and the rest of the universe. The alarming news that the magnetic force field is weakening was predicted by Cayce. 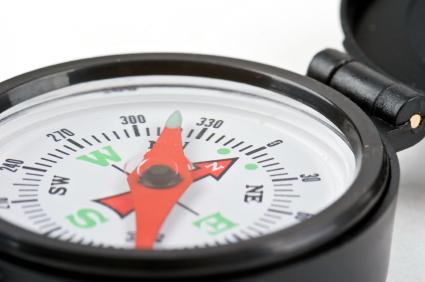 Edgar Cayce was asked if there'd be any great Earth changes in 2000-2001. He answered that there would be "a shifting of the poles" to herald the dawning of a new age. According to Nova, the change began in the South Atlantic Ocean between Africa and South America. The fluctuations in polarity have impacted the magnetic field that shields the Earth. As a direct result of this weakened magnetic shield, the solar winds that should be funneled to the two poles are no longer capable of this diversion. This shift has caused the phenomena of the Northern and Southern Lights to become visible from new places in the world. It's from this weakened protective shield that the Earth's poles are shifting and exposure to the sun's radiation is increasing.

The magnetic field has decreased over 10% during the past decade and the shifting of the poles has caused inaccuracies in GPS (Global Positioning Systems) that had to be recalibrated. In 2011, Tampa International Airport closed the main runway for a week in order to adjust taxiways and signage to the new magnetic pole direction. Other airports in America and around the world have also adjusted their flight paths and runways.

You can find maps online that claim to represent Cayce's prediction of the world's landmasses changes after the pole shifts. Some of these are also listed as a Navy and Cayce map, implying that the Navy created a map predicting a pole shift and geographical changes. This map is more likely a creation based on Cayce's pole shift prediction. A psychic named Gordon-Michael Scallion produced a pole shift map that is often confused with Cayce's prediction and used as an example of Cayce's pole shift map. You should take some of these examples with a grain of salt and refer to Cayce's reading on how the geography of continents, countries, and states will be reconfigured.

Reading 1152-11 Changes in US Coastlines

While Cayce never gave specific dates for Earth changes, he did map out a timeline of events that can be followed. Special attention was given in the readings that it would require "another generation" and often foretold which event would precede another one. It is clear that based on his readings, the geography of the entire world will change and it all begins with the polar shift.

Two Signals of the Beginning

The two signals Cayce researchers have attributed to the beginning of the major Earth changes are described in a Sept. 28, 1977 article titled, Prophecy Holds Bright Future of Livingston written by Owen Jones. This article appeared in the Livingston Enterprise newspaper serving the Livingston, Montana area and detailed that the simultaneous eruption of two famous volcanoes would herald the final shifting of the poles.

According to researchers of Cayce's readings, when both volcanoes erupt together, there will be approximately 90 days to evacuate the west coast before the massive flood claims the coastline.

Cayce's reading 1152-11 is a response to a client's concern about safe areas for relocation in preparation for future geographical changes. The future US map regions were given by Cayce who advises, " …many portions of the east coast will be disturbed, as well as many portions of the west coast, as well as the central portion of the U.S." 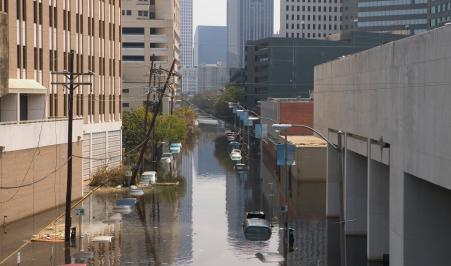 In a prophetic dream of his next incarnation (2100 AD), Cayce lived in a coastal town in Nebraska since the western portion of the US was gone and covered by the ocean. Within the 1152-11 reading, Cayce foretold of areas that would be safe.

Many of the Cayce readings are archived as reports. The report of reading 3651-1 details the fate of Japan and part of Europe:

Along with the pole shift, earthquake activity will also increase. Cayce was specific about certain US regions that will see such an increase. In his January 1936 reading 270-35, he stated when Vesuvius or Pelee volcanoes became active, then "the southern coast of California - and the areas between Salt Lake and the southern portions of Nevada - may expect, within the three months following same, an inundation by the earthquakes." He also stated that the earthquake activity will be much stronger in the Southern Hemisphere than the Northern.

In Cayce's readings about the impending polar shift and climate change, he was very emphatic that nothing was written in stone. During his readings, he constantly reminded that prayer and right thought of consciousness could alter the dire future he foresaw. He mentions in readings 364-23 and 440-5 that in the aftermath of the shift, hidden knowledge will be unearthed in Egypt, the Yucatan and the Bimini sector that will explain Atlantis and can also help humankind advance to the next spiritual level.