Real life ghost stories are more than scary, they are terrifying. Documented true ghost stories with witnesses are the scariest of all. This is especially true when physical evidence is left behind by the ghosts confirming a haunting actually happened.

Strange ghost stories about ghostly women haunting buildings and possessed objects make for frightening tales. A helpful ghost isn't exactly what you'd expect in the middle of the night on a lonely deserted road, but one famous person met such a ghost.

The most famous scary true ghost story is that of the Brown Lady Ghost of Raynham Hall, Norfolk. The case also led to the most famous picture of a ghost ever taken. The picture was captured on September 19, 1936 when two photographers, Mr. Indre Shira and Captain Provand, spotted a figure descending the stairs and snapped a picture.

Locals who examined the photo believe that it is the ghost of Lady Dorothy Walpole. Lady Dorothy was in love with Second Viscount Townshend. However, her father would not consent to the marriage, so Tonwshend married another woman. Meanwhile, Dorothy had an affair with a man named Lord Wharton, who was also deeply in debt, considered a severe character flaw back then. When Townshend's first wife died, he and Dorothy were finally married. Somehow, Townshend eventually learned of his wife's past transgressions and locked her away in her apartments. She officially died on March 29, 1726 of smallpox, but many locals still believe that she died of a broken neck after being pushed down the wooden staircase.

Lady Walpole is known as "The Brown Lady" because she was spotted several times through the years wearing a brown brocade dress. In one case, in 1936, Author Captain Marryat and two young guests, one of whom brought along a gun for protection from the ghosts, spotted the Brown Lady headed down the hall coming directly toward them. Captain Marryat was so frightened that he even attempted to shoot at the ghost with the gun, but only succeeded in embedding a bullet into the door behind her. 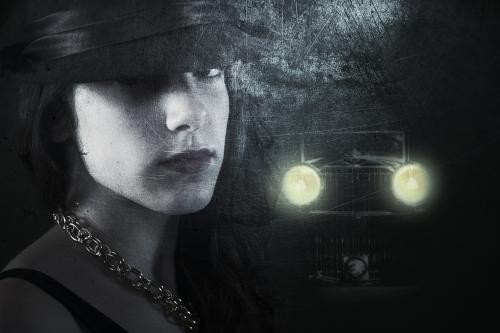 As time went on, Mary was sighted at greater distances from the cemetery. There were several reports that young men had found her walking along the side of the road near O'Henry Ballroom. A couple men swore they'd danced with her at the Ballroom. Each type of visitation ended with the man offering her a ride home, but the woman vanished into thin air whenever they neared the gates of the cemetery.

The most commonly reported encounter with Resurrection Mary is that people offer her a ride, and then the woman vanishes while inside the car or when they pass the cemetery. All of the accounts match in description and attire detail. Still, other encounters claim the woman runs out in front of their car. It's widely believed that Resurrection Mary is the ghost of a young woman who stormed out of a dance at O'Henry Ballroom in the 1930s and was later killed in a hit and run. Another story states she was on her way home from a funeral when she was struck and killed.

While ghosts are known to possess people, this scary true ghost story is about a possessed doll. In 1897, the Otto family owned a plantation in Key West, Florida. One of the plantation's servant girls offered the family's son, Robert Eugene Otto, a doll as a gift. Local historians suspect that she practiced voodoo, and that the doll she offered young Robert was cursed.

Once Robert brought the doll into the house, neighbors reported seeing the doll moving from window to window when the family wasn't home. The family could hear the doll giggling and running throughout the house at night. Robert's parents would find his bedroom ransacked, and young Robert reported that the doll did it.

Robert kept the cursed doll through the years. In fact, he became attached to it, and spent countless hours locked in his room talking to the doll. Years later, when he married a woman named Anne, he still had the doll. Anne hated the doll, and in time forced Robert to place the doll in the attic. Before long, Robert brought the doll back down to a top floor room with a view. Neighborhood children reported seeing the doll moving in front of the window.

Skeptics might conclude that Robert himself was insane. However, after Robert Otto died, Anne left the home and leased it, but stipulated on the lease that the doll named "Robert" must remain alone in the attic. Families who leased the home reported hearing the ghost-possessed doll running back and forth in the attic as well as the sound of giggling. When they would check the attic, the doll had changed positions.

Once Anne died, the doll was removed from the home and placed in the East Martello Museum where he still resides today. Museum staff and visitors continue to report a great deal of paranormal activity surrounding "Robert" the doll.

In February of 2000, a California couple posted a unique painting on Ebay. The painting was reportedly discovered abandoned behind an old brewery. The couple reported that their daughter saw the ghostly children leaving the painting during the night. The husband, quite alarmed by his daughter's story, decided to set up a camera. The couple claimed that they successfully captured two pictures of the boy exiting the painting.

Even scarier than the imagery within the painting was the public reaction to the photos. After more than thirteen thousand Ebay members viewed the picture, the following reactions were reported to the winning bidder:

The winning bidder discovered that the title of the painting was Hands Resist Him, and it was signed by artist Bill Stoneham.

The winning bidder claimed that no paranormal activity came with the painting, and the original sellers were never identified. However, whether the painting is cursed remains a topic of debate. The artist later reported that the owner of the gallery where the painting was displayed and the L.A. Times critic who wrote the show review were both dead within a year of the show. Coincidence?

Only view the photos if you are certain that you are not easily spooked or disturbed by surreal or psychologically uncomfortable images.

The popular Kojack actor, Telly Savalas, had a ghostly encounter in 1959. Coming home to Long Island after a date at two o'clock in the morning, Savalas ran out of gas. He started walking toward the freeway when a high-pitched, eerie voice sounded behind him from the road saying, "I'll give you a ride." Savalas hadn't heard the car drive up, but he accepted the ride. The man wore a white suit and was driving a Cadillac.

When they arrived at the gas station, the man offered to pay for the gas, even though Savalas hadn't said anything about not having any money with him. He accepted the generous offer, getting the man's name and address so he could send the money to him the next day. The man then drove him back to his car. On the way there, he told Savalas that he knew a Red Sox baseball player and even gave him the name. Perplexed, Savalas just nodded. The man helped him fill the car with gas, and the man pushed the car to get it started while Savalas sat behind the wheel. 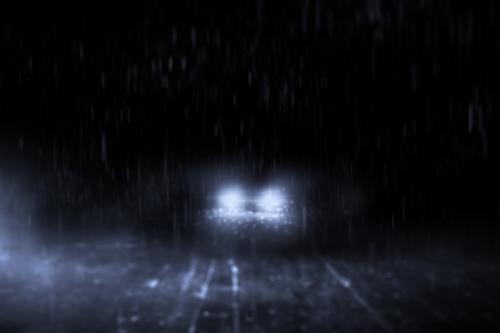 The next day, the newspaper headlines reported that the Red Sox player had been found dead the previous night. Savalas discovered the man had also written down his phone number, so he called it and talked with a woman who became very upset when he asked for the man. She told him that her husband had been dead for two years. Savalas later contacted her again, and the woman verified that the clothes the Samaritan wore were her husband's burial clothes. His signature on the paper matched her husband's handwriting. The only thing that didn't match was his high-pitched voice since he had a deep voice. While talking further, Savalas discovered that the man had committed suicide by shooting himself in the throat, and this had destroyed his larynx.

While not everyone believes in ghosts, it's hard to dispute true stories of the paranormal. From urban legends like Bloody Mary to Ouija Board encounters, it's hard to say that there's no such thing as ghosts. Decide for yourself if you believe.