The world's most haunted places attract ghost hunters and paranormal investigators in search of evidence. Most of these haunted sites mark where tragedy, torture, and death left a cosmic imprint that continues through time.

Claimed to be one of the most haunted places in the world, Poveglia Island is said to be cursed. The island's ghostly reputation forced the local government to close it from entry by the public. The island was later sold to a private party interested in creating a family vacation home. However, after only one night spent in the newly purchased property, the family escaped the island never to return. No one is allowed on the island. 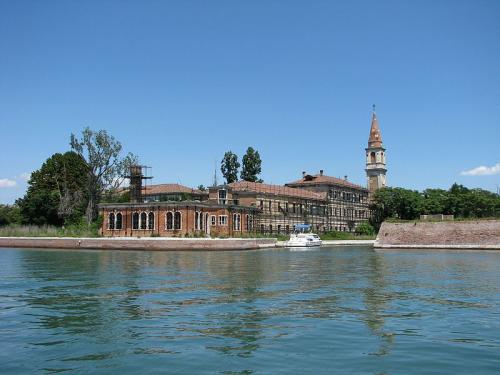 The island's past is one of torture, abuse, human experimentation and unimaginable suffering.

Types of paranormal activity reported include:

The Ancient Ram Inn is over 1,000 years old and was originally a church. It was sited on two ley lines that run all the way through Stonehenge. Built in 1145 by priests, slave labor was used to build the St Mary Church. The church was sold in 1930 and became private property. The building sits on a Pagan burial site that dates back to 5,000 years. Remains of devil worshipping have been found that included skeletons of children with broken daggers still wedged in their remains. A witch was burned at the stake on the site. 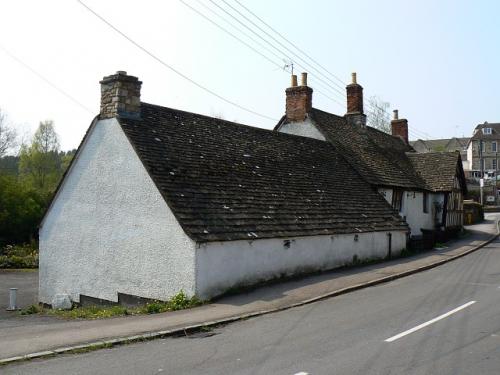 Paranormal Activity at the Inn

Types of paranormal activity reported include:

The mysterious paranormal phenomena of the Hoia Baciu Forest is complex and ancient. Legend claims it was created some 55,000 years ago by the first Atlanteans that came to Earth. Cluj-Napoca is commonly known by the locals to be the center of Atlantis. The being known as Atlanta is credited with creating the forest to serve as a portal for easy travel between the Atlanteans' planet and Earth. It's believed the forest provides a time travel portal that can take the person to any time period on any planet, including Earth, without the need of a spaceship. 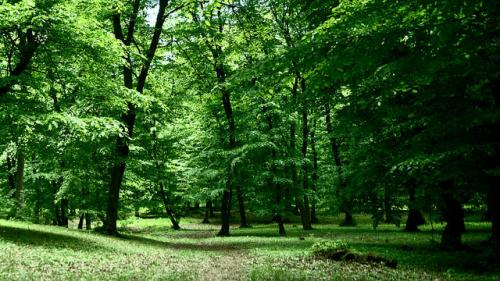 In 1968, Emil Barnea took a photo of a UFO in the forest that became famous worldwide. Since then, many UFOs and strange lights have been reported. Investigators have documented electromagnetic interference, radioactive emissions, microwave emissions, magnetic anomalies, and infrared emission that were above normal ranges. Locals don't venture into the forest.

Most Haunted Tunnels in the World - Paris Catacombs (Paris, France)

When searching for a word to describe the disturbing scene of the Catacombs of Paris running underneath Paris, France, macabre doesn't begin to convey the horror and terror the Paris Catacombs evoke. Over 2,000 years of quarrying stone and over 200 hundreds miles of tunnels later, what remains is a burial site with over six million skeletal remains. The public can participate in official tours. The skulls and bones are used as some twisted form of art and architecturally embedded. It's little wonder that these spirits are not at rest and according to reports, many are angry. 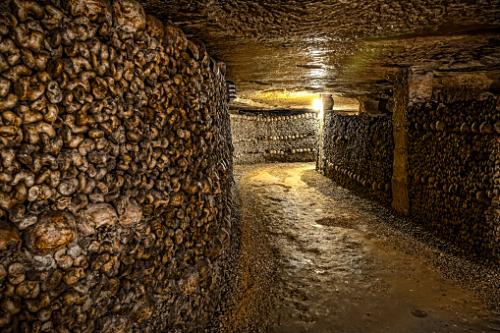 Paranormal Activity in the Catacombs

There are many types of paranormal activity experienced by those venturing into the Catacombs.

Touted as the most haunted fort in India, the Bhangarh Fort, comprised of temples, palaces, and gates was abandoned sometime around 1783. Also known as Bhoot Bangla, the Fort of Ghosts, the city boasts two mesmerizing stories of how the township was cursed. Built in 1573, the fort was built by the ruler for his son. 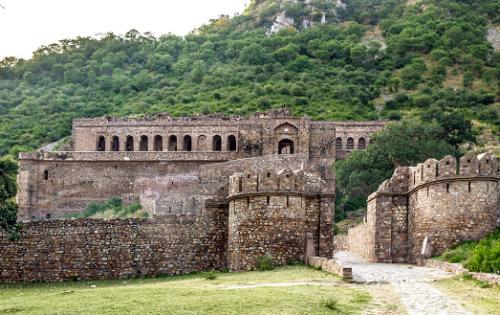 Paranormal Activity at the Fort

There are many stories about the strange haunting of the Bhangarh Fort. Some of these include:

The government doesn't allow anyone access into the fort between sunset and sunrise. Consequently, there are numerous urban legends about people sneaking into the fort after operating hours. These people either disappear never to be heard from again or meet with an untimely death or disaster after their nightly adventure inside the fort walls.

The Gothic style Corvin Castle was built in the 15th century on the same site of an ancient Roman encampment. Today, the castle is a museum and on occasion serves as host to special celebrations and private events. The castle is best known for Vlad "the Impaler" Dracula the 3rd being imprisoned and tortured. Many point to this treatment as the root cause of him becoming Vlad the Impaler later on. There have been many eyewitness accounts of his spirit roaming the castle. 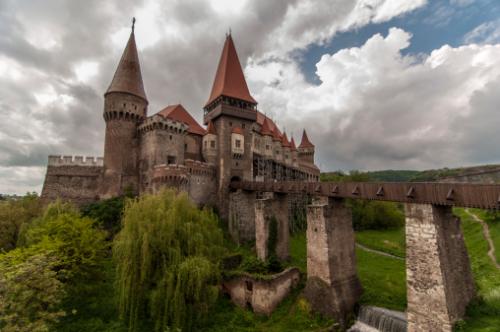 Paranormal Activity at the Castle

Other spirits known to wander about the castle include:

The Forbidden City covers 180 acres with 980 buildings. It was home to the Chinese Emperor until early 20th century. In 1421, a grieving Emperor Yongle ordered that his 3,000 ladies-in-waiting be killed. He believed his favorite concubine had been poisoned and sought retribution. It's said the emperor spared the lives of some of his harem. However, 16 courtesans were hanged with silk nooses on the day of his funeral. 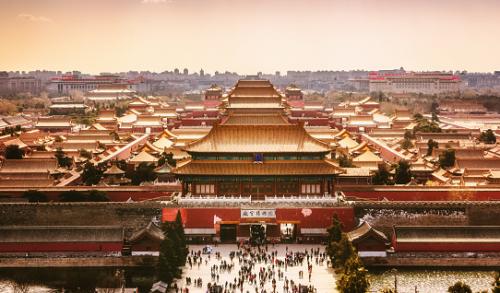 Paranormal Activity in the Forbidden City

It's believed that all these and other deaths within the walls of the Forbidden City have made it ones of the most haunted places in China. Some specters and ghostly activities include:

With over 51,000 Americans either wounded or killed during the Civil War battle of July 1 through 3, 1863, it's not surprising the Gettysburg Battlefield is one of the most haunted places on Earth. The Gettysburg Battlefield is the bloodiest battle in the Civil War and proved to be the turning point with the Union winning with the defeat of General Robert E Lee's North advancement. The grounds and surrounding buildings and homes turned makeshift hospitals have become havens for the restless spirits of those who died there. 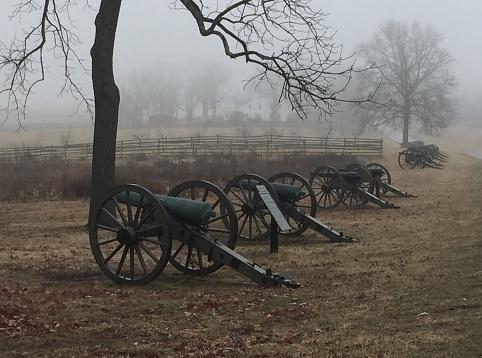 There are so many instances of reported paranormal activity that books have been written about the various Gettysburg ghost stories. Some of these include:

Built on top of Castle Rock, Edinburgh Castle was first known as The Castle of the Maidens. Legend claims the first castle was actually a shrine to the Nine Maidens, young girls turned to stone as retribution for dancing on the Sabbath. While the castle was long held as a strategic military necessity, the present day castle wasn't built until the 12th century. The castle survived the two-year siege by the English against Mary, Queen of Scots, execution of Charles I, Jacobite Risings, and a prison during the many English wars. 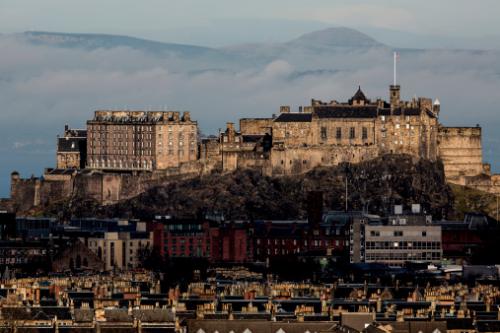 It's easy to understand why Edinburgh Castle is considered one of the haunted castles in Scotland. Some famous ghosts seen in the castle and castle grounds include:

Ghosts and Hauntings Around the World

The paranormal tales the encircle the world all point to the supernatural mystique of the afterlife. Some incidences may be residual activity that's imprinted on the very fabric of time, while other instances appear to be intelligent activities with ghostly interactions. Certainly, there is no shortage of hauntings throughout the world.

1
Comments
© 2006-2020 LoveToKnow, Corp., except where otherwise noted. All Rights Reserved.
Most Haunted Places in the World