Generation after generation, there are people who are born with specific gifts of extrasensory perception. Those gifts may include one or several of the many types of psychic abilities. In those cases, where the psychic abilities are authentic, the typical first reaction is disbelief, skepticism and sometimes even ridicule or persecution. Ultimately, when the evidence supporting psychic ability cannot be discredited or debunked, authentic well known psychics are usually met with stunned disbelief and awe.

Throughout history, famous seers and psychics have come to the fore as people with unique abilities to see beyond what humans perceive as reality.

His birth name was Michel de Nostradame, but the entire world recognizes him as Nostradamus. He was born on December 14, 1503 in France, and his parents sent him to Montpellier to study medicine in 1522. He became well known throughout that region for his adept treatment of victims of the plague. By 1534 Nostradamus married and had two children. However, the plague took the lives of his wife and children; an event that surely changed his life in a profound way. By the mid 1500s Nostradamus was using his astrological teachings in combination with other unique methods to practice clairvoyance. He took notes of those predictions in the form of what he called "quatrains" or verses. A hundred verses made up a section of writing that he termed a "Century." His first prediction to come true was in 1555 when he predicted when and how King Henry II would die. He wrote, "He will pierce his eyes in their golden cage." During a tournament, a spear pierced the king's gold helmet and entered his eye, killing him. This accurate prediction preceded many others, making Nostradamus one of the most famous "seers" throughout history. 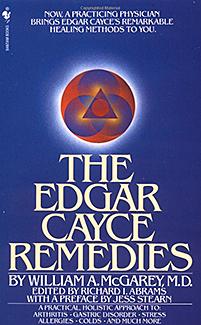 Get Edgar Cayce's books at Amazon

In most ways, Edgar Cayce was a regular man. Born in Kentucky in 1877, Cayce had a relatively normal childhood, other than being able to see and interact with spiritual beings. When he grew up, he got married, had children, and attended church where he taught Sunday school. As he grew older, Edgar Cayce realized he could put himself into a trance by laying on a couch with his hands folded over his stomach. While in this state, a person in the room would ask him a variety of questions covering many different topics. Those topics included the future, secrets of the universe, and sometimes simply what someone many miles away was doing or what would occur in his or her life. According to the organization known as the Association for Research and Enlightenment (A.R.E.), Edgar Cayce's readings covered over 10,000 topics and contain 14,306 readings. Some of his famous prophecies that came true include:

There are many other predictions related to climate changes and major storms that appear accurate, but are often interpreted to fit a particular reading, rather than using the reading to predict the event. Even so, many of Cayce's predictions were detailed, specific and, in the end, turned out amazingly accurate. Edgar Cayce died in 1945, but his prophecies live on.

One of the more contemporary famous psychics was Jeane Dixon. Born in Wisconsin on January 3, 1904, Jeane Dixon grew up in a Catholic family and always described her psychic abilities as gifts from God. Her reputation as an accurate psychic grew when she offered readings to World War II servicemen in Washington while living there with her husband. Her documented predictions include: 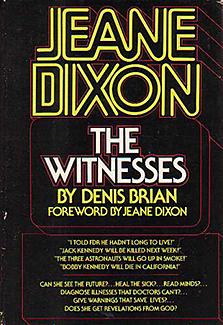 Dixon's book is available at Amazon

Some of her predictions that never came true included:

Jeane's fame led to many celebrities seeking her advice. Most notably, Ronald and Nancy Reagan relied on her for occasional insight into the future. Jeane passed away in 1997, and she is still referred to as one of the most famous American psychics of all time.

In 1971, Ingo Swann was employed at the United Nations. He shared the same interest in parapsychology as so many others did during the 1970s. Ingo's interest was unique because he had certain psychic abilities that he was hoping to understand, and which he attempted to explain by becoming involved in the early Church of Scientology run by L. Ron Hubbard. He eventually became involved with fellow Scientologist Hal Puthoff, a physicist working at the Stanford Research Institute (SRI). From 1971 until the early 1980s, Ingo let Puthoff conduct ESP experiments on him, and ultimately Ingo was credited with developing the "Controlled Remote Viewing" training manual used by the DIA (Defense Intelligence Agency) to train Army remote viewers in the collection of intelligence through psychic means. Swann died in 2013.

Born in 1929, Jane Roberts was the public name for Jane Butts, the woman who eventually became a catalyst for the New Age Movement. In 1963, Jane and her husband Robert Butts began experimenting with the Ouija board and she entered a trance. In her meditative state, she began channeling an entity that she later named Seth. Through the 1970s, Jane published several books based on those channeled sessions that eventually became known by her fans as the Seth Prophecies. Her books include The Coming of Seth, The "Unknown" Reality, and several others. She passed away in 1984 leaving behind a legion of fans and followers.

In the modern world, some psychics have reached the status of celebrity for their work on television and in the media.

One of America's most famous female psychics, Sylvia Browne claimed she had been a psychic her entire life, offering readings for family and friends. Eventually she founded The Nirvana Foundation for Psychic Research in 1974 in order to study the phenomenon of psychic functioning. Sylvia employed the deep "sleep" technique of Cayce and believed in his same past-life, Christian-based philosophy. In 1986, she founded the Society of Novus Spiritus to promote her Gnostic Christian philosophy about paranormal functioning. Browne was a frequent guest on the Montel Williams Show, making psychic predictions for his studio audience. She also wrote multiple books, gave lectures, and appeared frequently in the media. Browne died in 2013. 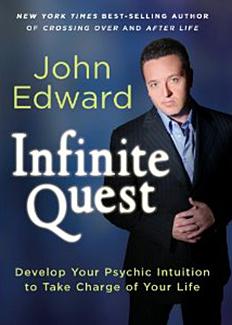 As a New York City native who experienced psychic abilities at a very young age, John Edward became a published author on the topic as well as the host of a popular television series and easily classifies as a famous American psychic. After meeting another psychic, Lydia Clar, who told John his purpose was to teach people through his psychic abilities, Edward started to explore becoming a professional medium in order to help people who've lost loved ones. Since then, he went on to author multiple books on psychic abilities as well as serving as a host on Crossing Over with John Edward. Today, he remains one of the most recognized American psychic mediums.

If you've ever watched the television show Medium, then you've probably heard of Allison DuBois. She is the psychic channeler upon whom the show is based. DuBois, who prefers to be called a profiler, has helped solve crimes for the police including the Texas Rangers and the Glendale, Arizona police department. She has also published a number of books.

Irene Hughes was once listed by Pageant Magazine as one of America's top ten psychics after predicting the deaths of JFK and Robert Kennedy in a newspaper column. She also accurately predicted the Chicago Blizzard of 1967. Hughes rose to prominence in the wake of her eerily accurate predictions. Hughes died in 2012.

Doreen Virtue is a clairvoyant who believed her guides were actually angels that are here on Earth to guide us. She holds BA, MA, and Ph.D. degrees and wrote books for Hay House Publishing. In 2017, Virtue claimed she had a vision that caused her to change her beliefs in her work as a psychic. Today, she has ceased all psychic new age work believing God wants people to go directly to Him for answers to questions. She further believes God does not want anyone doing psychic work.

James Van Praagh realized his ability to communicate with the dead at a young age and now makes appearances and even offers online courses. With a lifelong interest in metaphysics, Van Praagh began working as a medium after a psychic suggested to him he had abilities. Van Praagh has written multiple books, appeared on television, and has come under the scrutiny of the James Randi Educational Foundation, a noted skeptics group.

Known as the Long Island Medium, Theresa Caputo rose to promoninence with her TLC reality television show of the same name. On the show, Caputo provided psychic medium readings for clients and celebrities, while also sharing her family life with the cameras. According to Caputo, she didn't recognize her abilities until middle age and as a result of not understanding them, she experienced anxiety.

Unlike Caputo, Tyler Henry has been aware of his psychic gifts all of his life. He began offering readings as a teen, and he became known as the Hollywood Medium both because he does a lot of readings for celebrities, and because of his show of the same name on the E! Entertainment Network.

Known for her work as a medium on the Travel Channel television show Dead Files, Amy Allan is a physical medium and psychic. Allan claims when she works as a medium, spirits actually enter her body so she can channel them.

Chip Coffey is a spiritual medium and advisor who first became well-known for his work on the A&E network television show Paranormal State. He also mentored children and teens with psychic abilities on the show Paranormal Kids, and he has written several books. Coffey is a clairvoyant who has had abilities since he was a young child.

While psychic ability remains scientifically unproven, these seers have been accurate enough in their readings that they have gained a substantial following for their work. While all have their critics, each also has ardent fans who will swear their abilities are authentic. Because of this, they have become celebrities who work in the field of psychic and paranormal phenomena.