Psychic marks are common birthmarks and moles. Where they are located, their color, and their shape may be what makes them psychic. Their significance is not just a new age phenomenon linked to the meaning of birthmarks and starseeds, however. Psychic beliefs about birthmarks cross cultures and generations. For example, pretenders to the Russian throne used royal birthmarks or "royal marks" to bolster their claims of royal blood.

The birthmarks can have many causes. Past life trauma, special abilities, and being possessed are just a few.

Dr. Ian Stevenson pioneered work with children that remembered their past lives. He discovered many of them had markings or birthmarks that corresponded to their cause of death in a previous life.

There are a number of places to find out more about past life birthmark meanings and research.

Many people believe children being born since the 1980s have special traits that make them the next level of human evolution. These children are known as indigo, crystal, or rainbow children. Other children, known as starseeds, are believed to have had incarnations on other planets. These people may have special abilities, such as psychic vision and healing powers.

One of the physical characteristics of some of these children is prominent birthmarks. Not all have them, but many have birthmarks on their foreheads or in a prominent place on their body.

Many people believe birthmarks are omens that portend of the future. This is a belief that crosses many cultures. According to popular belief, the size, shape, and location of a birthmark may provide insight into one's life path, luck, finances, and relationships.

Some cultures have beliefs about birthmarks that may have a psychic origin.

People didn't always believe birthmarks were positive. Many considered them devil's marks and during the Salem witch trials, they were considered proof one was a witch.

These birthmarks and moles may have different meanings for different locations. 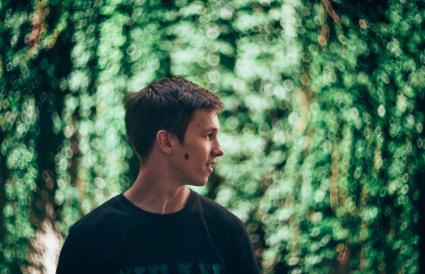 The birthmarks and moles can come in any shape, from animal totems to symbols of love.

There are many interpretations given for the coloration of a birthmark. Some are fortuitous while others are foreboding. 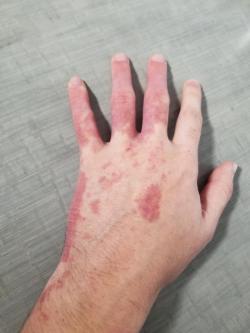 Most people have some kind of birthmark however small, but some people don't have a single birthmark. There are a few meanings for this absence of birthmark. The first is obvious - it is the person's first incarnation, although unlikely. The next meaning is the person exited their last life from natural causes. The last meaning is the most profound. If no birthmarks are present, the person has spiritually evolved enough so they no longer carry the trauma of past lives.

Meaning of Birthmarks: Fact or Fiction?

Many people have birthmarks, and some have multiple moles and birthmarks. It's up to you to determine whether they have a psychic meaning, but it's certainly fascinating to consider.