Rainbow orbs are believed to have several meanings that are conveyed during personal encounters and through pictures. Interpreting rainbow orb meanings requires a strong connection with the ethereal and spirit world.

A rainbow orb is a rare orb color. It is believed to carry a special meaning for the person greeted by the orb.

Encounters With Rainbow Orbs and Their Meanings

A rainbow orb displays the colors found in a rainbow. It may be seen as a mixture of colors or it can appear in various patterns or shapes within the orb. One powerful message of a rainbow orb is unconditional love.

You may encounter a rainbow orb during a time of great despair. The orb's presence mysteriously imbues a feeling of unconditional love that you can use as an anchor to the spiritual world. This type of orb presence can leave you feeling hopeful and filled with the power of divine love. 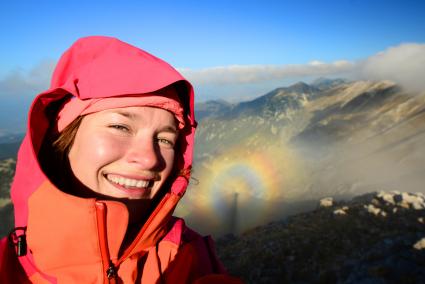 Some spiritual/paranormal researchers believe rainbow orbs might be tender reminders of God's promise to never again flood the Earth and annihilate the human race. A rainbow orb might be sent to those suffering under a tyranny regime or great personal strife from loss, feeling forgotten by God.

The divine presence may be felt if a rainbow orb appears during such circumstances. You may feel the presence of God and find great comfort in The Promise.

Rainbow Orbs, Angels and Other Spirits

Some people believe that rainbow orbs are the embodiment of angels who descend to Earth with special messages. Encounters and pictures of these orbs often reveal the kaleidoscope of colors.

Understanding the Meanings of Rainbow Orbs in Pictures

In some photos of orbs might be nothing more than dust particles and the light refraction on the lens in a lens flare known as the rainbow effect. This occurs when the sunlight directly hits the front of the lens creating a color array of refracted light.

You can look at a photo and usually tell when there is a lens flare rainbow effect. The image has a decided haziness that covers the image or the portion that was hit by sunlight during the shoot. The visible artifacts make it clear the rainbow orb is the result of sunlight hitting the camera lens.

Real Encounters With Rainbow Orb and Their Meanings

There are other images that may not be easy to dismiss as refracted light. Rainbow orb meanings differ depending on whether they're witnessed in real encounters or they showed up in pictures.

Witnessing a Rainbow Orb in Nature

Some images have been captured in forests where there is a thick canopy of trees and very little light. In these instances, lens flare may be ruled out. It is suggested these rainbow orbs may be various types of wood spirits or even nymphs. They might be elementals caring for various forest trees, plants or wildlife. 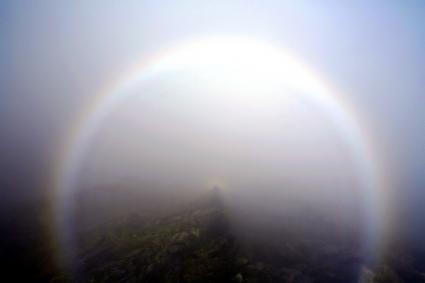 Nature spirit orbs may use rainbow orbs as a way to transfer healing energies to plant life and wildlife. If you encounter a rainbow orb hovering over a plant or tree roots, try to connect with the orb to better understand its purpose.

Should you come upon a nature rainbow orb you may spiritually try to connect with it. Some nature spirits eagerly bestow various messages and blessings on happenchance intruders. You never know until you ask with an open heart with the intention of love. After all, intention is the telling force of spirit.

Some witnesses believe the rainbow orb they saw was a ghost orb. It is possible this mixture of colors represents the ghost of a person who was spiritually advanced prior to death. 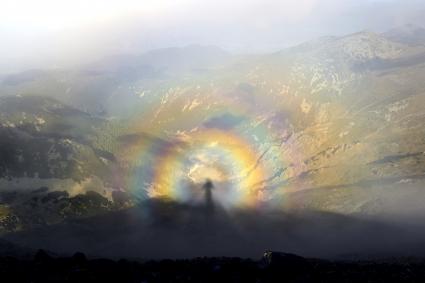 Deciphering Rainbow Orb Meanings of Your Encounters and Pictures Taken

Rainbow orbs are considered rare spiritual manifestations that often are believed to be divine messages. You should consider where rainbow orbs manifest and the current situation when you see them to decipher their possible meanings.